Home - Top Stories - Making Cents from the Rand: A Lesson in Volatility
Top Stories
by Martin on October 6th, 2020

Making Cents from the Rand: A Lesson in Volatility 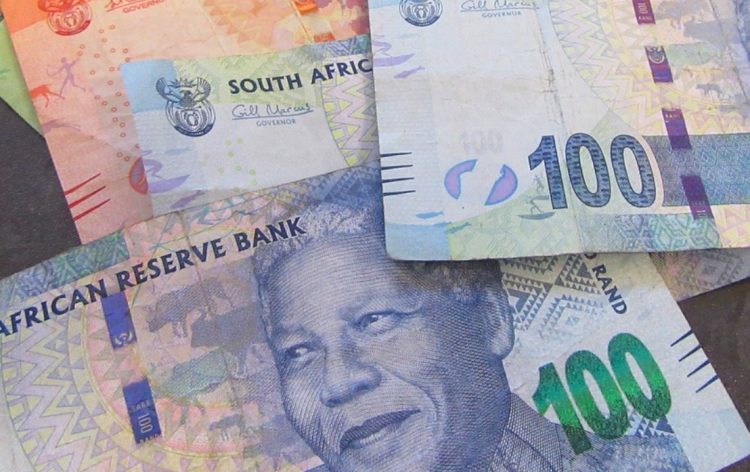 The South African rand is one of the world’s most volatile currencies. Evidence of this is available for all to see. For the year to date alone, the rand was trading at 14.3571 on January 1, before spectacularly collapsing to 19.1090 on April 23. Of course, it was all downhill from January through April, before a period of consolidation took place in June, July, August, and September.

Nowadays, the USD/ZAR currency pair is trading around 16.7474. This stunning recovery marks an R2.3616 appreciation or a 12.4% improvement in the space of five months. Few other currencies can compete with this type of volatility. Of course, many SAFAs enjoy volatility at online mansioncasino.com in South Africa, where you get to spin the reels and win for real. But that type of volatility is fun when it’s with the national currency, it’s a lot more serious.

It comes as a surprise to learn that many ‘uninformed’ Forex trading brokerages routinely neglect to mention the USD/ZAR as one of the most volatile currency pairs. Yet, there is absolutely no doubt that it is the #1 ranking volatile pair in the world. Hard to believe that it is precisely this volatility that generates yields. Without the wild swings in prices, traders would not be able to maximize profits quite as prolifically as they do. While this certainly bodes well for the bulls, it also increases your exposure to risk. The primary drivers of volatility tend to focus on several key elements. In South Africa’s case, it is political ineptitude, collapsing credit ratings, soaring crime levels, and unreliable electricity infrastructure that play an outsized role in currency stability.

It is worth pointing out that wild price swings (volatility) typically occur with low liquidity. In other words, a handful of traders can have an outsized impact on pricing mechanisms. When there are scores of retail and institutional traders on board, the net effect of the actions of one or a few traders is mitigated by the mass market. However, with exotic currency pairs and low liquidity levels, the focus shifts to key players in the forex trading arena. Other highly volatile currency pairs include AUD/JPY, USD/MXN, NZD/JPY, USD/TRI, GBP/AUD, CAD/JPY, USD/BRL, and GBP/EUR.

In South Africa, the price of gold continues to have a major impact on USD/ZAR. Since gold is a dollar-denominated asset (it is priced in USD), a weakening of the greenback has important ramifications for gold. For example, if the USD is capable of purchasing fewer ZAR per unit, this means that South African gold mining companies generate lower profits with a weaker dollar. At an exchange rate of 20:1, $1 equals R20. If the rand appreciates, the rate might fall to 16:1. That means that the South African companies mining the gold only get R16 for every $1. It can also move in the opposite direction.

What’s the Deal with The Load Shedding?

Unfortunately, South Africans are well familiar with the electricity parastatal, Eskom. This antiquated electricity provider has been a black stain on South Africa’s development. The power company has failed to adequately provide for the burgeoning population’s needs, leading to frequent shutdowns, breakdowns, and disruptions to the power supply. As one can imagine, such a scenario is detrimental to economic growth and prosperity. South Africa is one of a few countries which suffers from a problem of unprecedented power grid disruption and load shedding. Many South Africans are looking for alternative solutions such as solar energy and generators to reduce their electricity consumption, which is also becoming outrageously priced.

The other elephant in the room is South Africa’s credit rating. Over the years, there have been far too many downgrades of South Africa’s credit rating. Collectively these have a huge impact on foreign direct investment. This FDI is critical to growth and prosperity, and without it, South Africa is effectively staring down the barrel. When offshore money dries up, a country typically goes into rapid decline. Central banks may be tempted to print money en masse to deal with the dilemma, but this simply exacerbates the problem. The better approach is to work on improving the country’s stability and prosperity by adopting a collective pro-growth, anti-corruption, mindset.