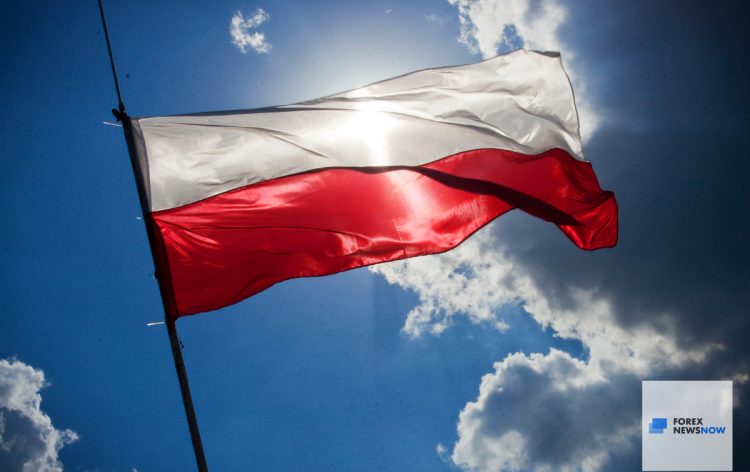 Poland is one of the most successful countries that used to be connected to the Soviet Union in the past. Over the last few decades, it grew to become one of the richest countries within the European Union, with the largest economy in the Eastern European region. What can be said for Poland’s forex industry though?

The expectations are very positive for Poland’s economic future, even in the light of the feared downturn in the EU. However, economic growth per se does not guarantee a successful forex industry. Let’s take a look at Poland’s success story and then figure out what its foreign exchange market looks like.

Poland as an aspiring example for European countries

The gap between Western and Eastern Europe in terms of income per capita used to be huge in the middle of the last century. Many economists could not see the gap of such size to be closed in the foreseeable future. However, Poland is one of the examples of how consistent economic growth pace can make miracles. Nowadays Poland is much closer to the level of life in Western European countries, compared to the late 1980s.

According to the World Bank, Poland is continually doing very well in terms of economic growth. Its GDP is mostly varying at around 5 per cent. For the last ten years, its unemployment level has been below 4 per cent – a very impressive indicator indeed even compared to all the other countries in the world.

After all the economic praise in the address of Poland, one would expect its FX industry to be a kind of a minor miracle too. However, more experienced people in the industry would understand that economic growth does not have a direct correlation with the volume of forex trading in a state.

Reportedly, throughout the first quarter of 2019, the forex trading volume per month has reached $76 billion with 44,000 active accounts. As compared to the same data from previous years, it constitutes a decline in the volume of trading. Namely, the volume for the first quarter of 2014 was $60 billion, whereas in 2015 the indicator reached an even higher level of $61 billion.

What currencies and commodities do the Poles trade?

Even though Poland joined the European Union 15 years ago within the 2004  enlargement of the EU, it still maintains its own currency, the Polish złoty (PLN). However, the PLN is not at all one of the most popular currencies to trade. The local population is usually much more interested in trading on the major currencies of the world, such as EUR, USD and GBP. However, the USD/PLN pair is also in the top ten most favoured trading choices. Apart from currencies, the most favoured tools in this country are all based on Dax and US indices. As for trading commodities, here Poland follows the global trends. That is to say that classics like gold and crude oil are well-liked around here too.

Speaking of the behavioural part of the local trading industry, a big majority (about three fourths) of the Polish trades are prone to taking risks, while the other one-fourths are more risk-averse. This makes the long term investors the minority within the Polish trading populace.

Regulations on the Polish FX industry

The main regulating body in terms of this industry in Poland is the Polish Financial Supervision Authority (KNF). A less direct, but nevertheless influential regulatory institution is the European Securities and Markets Authority (ESMA). Whenever ESMA takes new regulatory rules into force, it affects the Polish market to a large extent.

One of the most recent examples of ESMA regulations in Poland (from one perspective, a positive one, too) was the implementation of the product intervention measures in June 2018. As a result of this law, the average profit of the Polish brokerage houses increased by approximately 10 per cent. That is to say that in 2018, about 40 per cent of brokerage houses did not have a loss and/or gained a profit. Whereas after the introduction of the new measures, this indicator reached 48 per cent.

Based on this example only, we can say that it is beneficial for the Polish FX industry to be regulated under the EU law applicable to the market and its products. Apart from correcting the percentage of successful brokerage houses, the EU implements various security measures to prevent customers from getting into scam problems.

The disadvantage of strict regulations

However, on the other side of the spectrum, there are traders. Some of the traders do not favour the strict regulations implemented by the EU. We have previously discussed the harsh regulations imposed on Poland.

A number of major brokerage houses in Poland have reported losing a significant number of clients after the ESMA regulations went into place. Thus this can be considered one of the reasons where the declining monthly trading volume stems from. According to representatives of Polish brokerage houses, their former clients are looking for higher leverage abroad with less restrictive rules.

According to a survey conducted by the Polish Chamber of Brokerage Houses, an absolute majority of the traders who moved their assets abroad are looking for low margin trading. More specifically, 99 per cent of the investors who took part in the survey stated that they were looking for high leverage and it was what motivated them to start trading offshore. As a result of this survey, it became clear that traders are looking for the most favourable trading conditions, while the leverage can be considered the most prioritized feature of online trading.

Moreover, the survey covered people who are still trading in Poland despite the new ESMA regulation. Approximately 50 per cent of this type of traders mentioned that they are casually looking for opportunities to start trading in other geographical locations. It means that in the near future Poland might face an even harsher decline in the trading volumes.

At the same time, to the contrary, a lot of people (more than 80 per cent) have expressed their support to the protective measures undertaken by ESMA. It illustrates that many people, in theory, support the laws against negative balance, however in practice, they would personally prefer to trade with higher leverage, despite the absence of such protection measures.

Even though brokerage houses across the industry have all suffered approximately the same percentage of client loss, the larger brokerage houses look at the future with optimism. As the head of one of the largest brokerage houses in Poland has mentioned, they are quite diversified in terms of geographic accessibility and product choice, so they are hoping to regain a lot of clients in future. 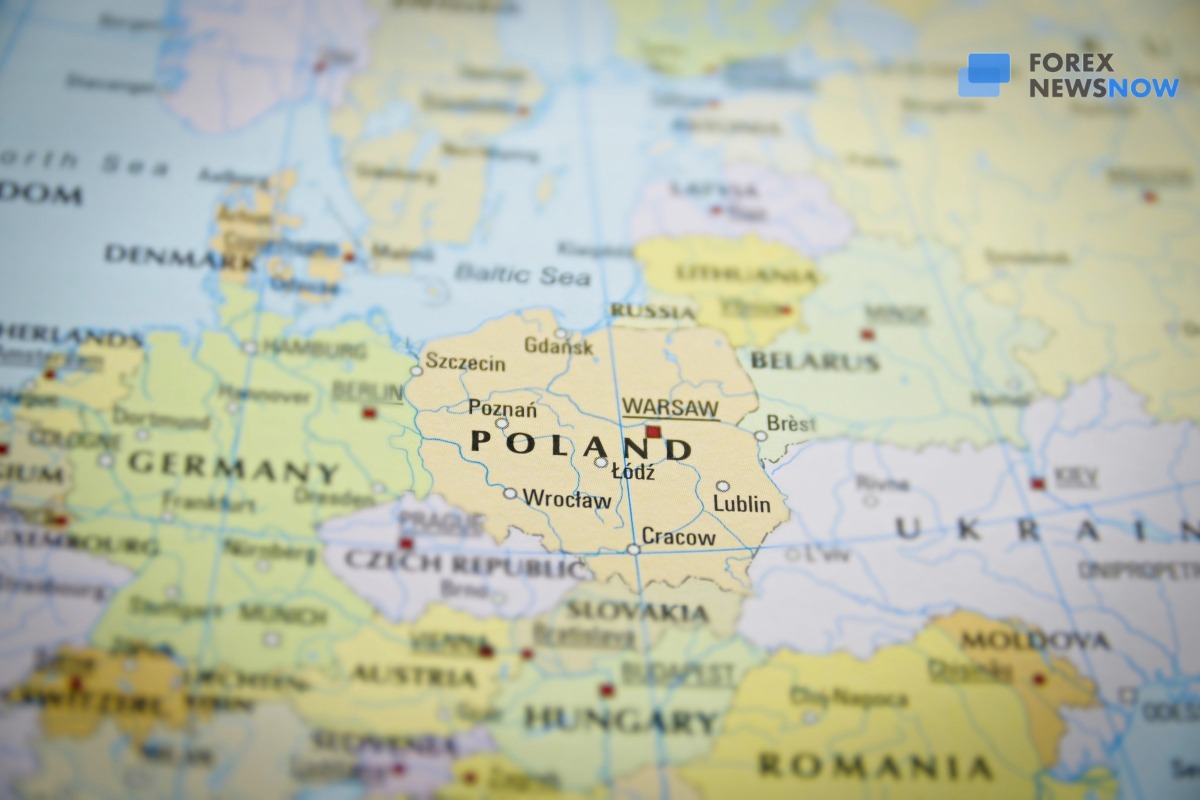 Even though European Securities and Markets Authority is a joint authoritative body for all EU members, the member countries are still relatively flexible in deciding whether to follow these measures. Most of the countries have chosen to act in accordance with the recommendations that ESMA is expressing. However, countries like Cyprus, have decided to have a different policy that is more consistent with the local conditions and customer demand. Whereas earlier this year France, on the contrary, made a decision to implement a permanent version of ESMA regulations.

As for Poland, it finds itself closer to countries like Cyprus who wish to retain their autonomy in terms of financial regulations. Although there is no official statement made by the KNF so far, one of the representatives of the institution touched upon this topic in an interview. Director of the Department of Investment Companies in the Office of the KNF, Maciej Kurzajewski, mentioned in the interview that the regulatory body in Poland is considering the introduction of a new group of traders that is outside the standard ESMA classification. This third group of traders, called by some “experienced traders” will be a midground between the conventional retail and professional traders.

The KNF hopes that this new classification will motivate experienced traders (the ones that have been most actively abandoning the Polish trading market) to stay within the industry instead of looking for offshore trading options. However, according to Kurzajewski, it is just an idea for the time being and nothing has been institutionalized yet.

The idea has been supported by some major brokerages in the Polish industry. They have expressed their hope that the new classification will help them recover faster from high client loss rate. They specify that apart from just thinking of a new name for a category of traders, it is important that people who fall under this category have substantial benefits from trading in Poland, thus having a tangible incentive to continue or start trading in the Polish FX industry. It is also important to decide what exact type of traders will be accepted into this new category. If all these questions do not receive highly qualified answers, the outflow of clients from Poland’s forex industry is destined to continue at the same pace, if not an even faster one.

What awaits the Polish forex market in the future?

When talking about the future of Poland’s FX industry, it is important to bear in mind that there are various sized actors on the scene. To see the possible results for brokerage houses, we need to differentiate between the larger and smaller local brokers.

When talking about the smaller brokers, the future does not look very bright for them. With the growing regulations and stricter rules, they are most probably going to go bankrupt or at least experience huge losses. It is not only true for Poland but actually for most European states.

At the same time, the larger companies that have been around the market for a longer period of time will have the luxury of dealing with the stricter regulations. These kinds of companies have a larger pool of clients and a bigger volume of resources to use.

As a result, the traders in Poland’s forex industry will probably face a reality where they have a smaller choice of local brokers. The choice is probably to be limited to large companies. On the bright side, these companies are quite experienced. Their experience is proven by the fact that they could stay afloat in the market even despite the introduction of regulations.

One way or another, if Poland’s authorities want to retain a competitive market with many actors (both large and small-sized brokerages), they will need to think about ways of making the ESMA regulations more adapted to the local needs. Introducing the third category of traders might be one way to do so, given that it is very well thought through.