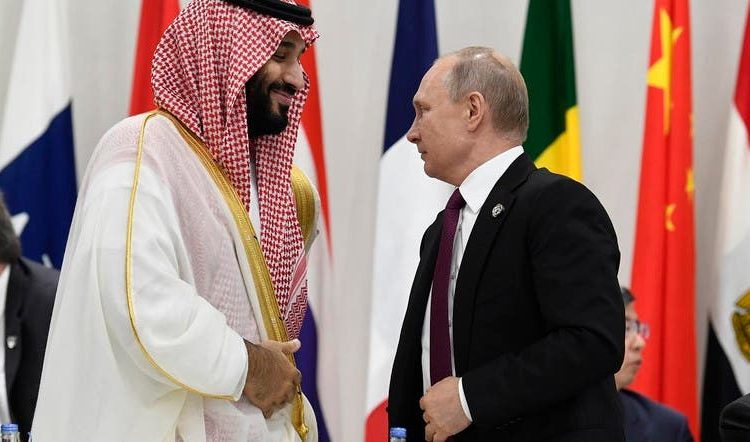 President Vladimir Putin’s visit to Saudi Arabia turned out to be fruitful for both countries as more than twenty deals have been signed on Monday between Riyadh and Moscow.

The two countries have agreed to operate in accordance with the protocol on energy cooperation. Aside from this, deals also include the long-term cooperation charter between the non-cartel oil producers and the Organization of the Petroleum Exporting Countries (OPEC).

The far east Amur Region of Russia will be used for methanol planting. Operating, designing and building processes are said to enjoy the investments made by the Russian Direct Investment Fund (RDIF), ESN Group and Saudi Basic Industries Corporation (SABIC). As the representatives of RDIF claim, the expected annual capacity of the plant is estimated to be up to 2 million tons.

In addition, Saudi Arabia’s Public Investment Fund along with the German investment group KGAL and Russia’s sovereign fund has made an agreement to imbue $600 million into setting up a joint firm which will be called Roal. The firm is going to lease passenger jets in Russia.

Russia’s main railroad rolling stock operator, NefteTransService (NTS) will also get hands-on some of the contributions made by Saudi Arabia’s sovereign wealth fund PIF. The investment number is estimated to be $300 million. The cooperation with PIF was praised by RDIF CEO Kirill Dmitriev who rated the decision of the Russian railroad logistics sector as an indication for the close collaborative work.

Dmitriev openly expressed his support for the expansion of NefteTransService’s business since it happens to be one of the dominant players in the field of the railway logistics market.

According to RDIF, the investments will be in full completion upon receiving approval from Russia’s Federal Antimonopoly Service. It should be noted that RDIF and Saudi Aramco will be making their first joint investment within the framework of the energy platform created back in 2017. This emerged with the participation of PIF that did so for the sake of investing in Russia’s energy sector and consequently localizing its business dealings in the Middle East and Saudi Arabia.

As Dmitriev put it, partnership with Saudi Aramco and PIF will give RDIF an excellent opportunity to support important growth of Novomet’s business not only in Saudi Arabia but other key markets in the Middle East as well. He went on to add that the pipeline of orders would also be expanded for the sake of maintenance and production of new equipment, along with further development of the product line.

The deals tied between the two countries seem to be very versatile. Saudi Arabi and Russia have additionally agreed to the two-way expansion of food products exports and agricultural development. The Russian Ministry of Agriculture, Dmitry Patrushev claims that the memorandum signed by both sides will be the key to the supply increase in terms of live animals, livestock products, cereals, fish products, shrimp, variety of fruits and dates, niche crops and forage grasses.

Patrushev also said that Russian companies are not at all hesitant when it comes to widening their range of volumes since the latter’s focus does not stretch onto the traditional type of products only. He added that seeing prospects which include the increasing supplies of beef, mutton, and poultry all seem extremely promising and beneficial. In Patrushev’s words, the Russian side is fully ready to increase deliveries of flour products, dairy, oil and fat, and confectionery.