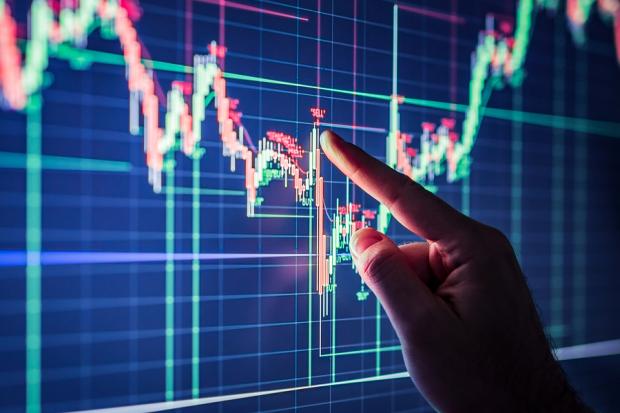 For day traders that deal with stock markets, it is important to be able to foresee the movements in prices in order to make a profit. While there are theories like the Random Walk Theory, that say it is impossible to predict the future price of a stock based on the past performance, many analysts still use some indicators and tools in order to get a better picture of the future of a particular stock’s price. While some of the larger companies with more experienced staff might use complicated algorithms that take in a multitude of inputs in order to create a forecast, there are simpler indicators as well that inexperienced traders should be able to understand.

Moving average is one of the most commonplace indicators that is used by all kinds of traders in order to forecast the future price movements of an asset. There are different kinds of moving averages. A Simple Moving Average of 200 days, for example, takes into account the average price of an asset over the last 200 days. The reason for this is that it eliminates the effect of large price fluctuations over small periods of time, so it gives a general picture of how the asset price is behaving. This information can be used in several ways. Some traders compare the current price to the moving average. If the price is above it, it is a buy sign, meaning the price of the asset is increasing compared to the average of the last 200 days. Alternatively, if the price is below the moving average it is a sell signal. Because of the volatility in prices, this is not always the best option. Instead of the current price, it is better to take the 50-day moving average. If the 50-day moving average crosses above the 200-day one, it is a buy-signal and if it crosses below it is a sell-signal.

Moving averages don’t have to be taken on 200 or 50 days. It depends on the trader’s preferences how many days he/she takes into account. The shorter-term averages will respond to price changes more quickly than the long-term ones but are also likely to be more inaccurate. Many traders don’t look at the crossing and instead consider the trend in the moving average itself. If the moving average is not changing by much, the prices are likely to remain stable. If there is an uptrend, the prices are increasing. For day traders, the moving averages might be less useful, because they show a general trend in the price movements and are designed to eliminate the effects of small fluctuations, something that is very important for day traders that make a profit on these exact changes.

The Relative Strength Index is calculated by comparing the average gains on the up periods to the average losses on the down periods. The time frame for this calculation can vary but is usually taken to be 14 days. The ratio of these two numbers is then plugged into a formula that gives an answer in the range from 0 to 100. Although these calculations can be easily done manually, there is no need for it as there are multiple tools online that should help traders calculate the RSI for their assets. Hence, we don’t explain in more detail the formula that is used to calculate the indicator.

If RSI is above 70, it means that the asset is ‘overbought’, which means that there is a correction to come that will cause the price of the asset to drop. Hence, it is a sell-signal. RSI of 30 and lower, on the other hand, indicates that the asset is ‘oversold’ and it is likely to see a price hike because of a correction. Therefore, RIS of 30 and lower is a buy signal. The RSI is prone to give false signals, which is why many traders prefer to take more extreme values for these numbers, like 80 for the sell-signal and 20 for the buy-signal. Furthermore, some people look at the divergence between the RSI and the price of the asset to draw conclusions. The way this work is that if the price of the asset reaches a new high or a low, but the RSI does not give a corresponding signal, traders take it as a sign to buy or sell.

OBV considers the volume of transactions in addition to the price change. In order to calculate OBV, the trader takes the trading volume in a day. If the closing price on that day is lower than the opening price this volume takes a negative sign and if the closing price is higher it takes a positive sign. This way, the trading volumes are summed up to give one indicator. On its own, this number is not very significant as it can be anything including large negative numbers, zero or large positive numbers. The way traders use OBV is to confirm the price movements. If a price is increasing and the OBV is increasing with it, the trend is likely to continue. Similarly, if the price is falling and so is the OBV, the drop is likely to continue as well. Another way OBV is used is to predict price reversals. If there is a divergence between the price movement and the movement of OBV, a price reversal could soon occur.

Support and resistance levels are easy to understand and different traders might have their own versions of these indicators that differ from others. Basically, a support level of an asset is the level below which the price is unlikely to fall. Naturally, prices of assets fluctuate, but they should be fluctuating in the range above the support line. There might be several support levels for an asset as well. If the price crosses below one support line then another one might be used. Resistance level is the opposite of the support level. It is a line above which the price is unlikely to rise. These indicators can be drawn by conducting a statistical analysis or just observing the price behavior.

Fibonacci Retracement is another popular tool used by many traders. Most trading platforms today have a built-in functionality that allows users to draw conclusions based on this technique. Fibonacci Retracement gives traders particular lines that serve as support and resistance and can be used to forecast the price movement directions of a particular asset. A Fibonacci sequence is a sequence of numbers where each number is the sum of the previous two numbers. The beginning of the sequence looks like this: 0 1 1 2 3 5 8… The various ratios used in Fibonacci Retracement are obtained from this sequence. For example, the 61.8%, is a result of dividing a number in this sequence by the one that is to its right. This ratio is also called a ‘golden ratio’ and is used in all kinds of analysis. Another number, 38.2%, is obtained by dividing a number in the sequence by the one that is two places to its right and 23.6% – to the three places to its right. Another number that is often used in Fibonacci Retracement is 50%. Although it is not a part of the sequence, it has been observed to be an important line in stock price movements. There is no particular logic to why these numbers are the ones so important for the price movements. They have just proven to be important in various processes around us, not just finance and trading.

The way these numbers are used is by taking the difference between a peak price of the asset and the lowest price and then multiplying them by the percentages to establish various price lines. These price lines are used as support and resistance lines. If a price is moving downward and bounces on one of these lines it is a buy signal as it is likely to continue the uptrend. Alternatively, if it crosses the line it is likely to continue falling until it reaches another support line. Same goes for upward moving prices. Some traders use these lines to place stop-loss orders. This analysis does not always work but it gives the traders some sort of indicator to use in their strategies. Just like most other tools, Fibonacci Retracement no longer requires to be done manually. Most trading platforms should offer the tool on their websites for their users’ convenience.