Home - Top Stories - What is Syndicate (SYNX) and should you invest in it?
Top Stories
by Michael on March 16th, 2018

What is Syndicate (SYNX) and should you invest in it? 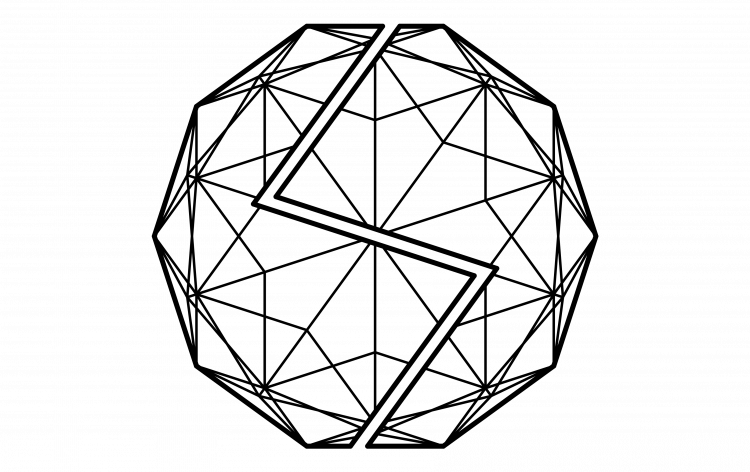 Syndicate cryptocurrency whose ticker symbol is SYNX was launched in mid-2016. According to the founders of the crypto, it is a long-term master-node which offers a Business Management System with barcode integration. Like IOTA, SYNX platform is meant to be the next generation crypto. The platform offers product management services which will connect businesses with customers. Syndicate platform features a fully integrated management system which helps business owners keep track their sales, inventory and expenses. 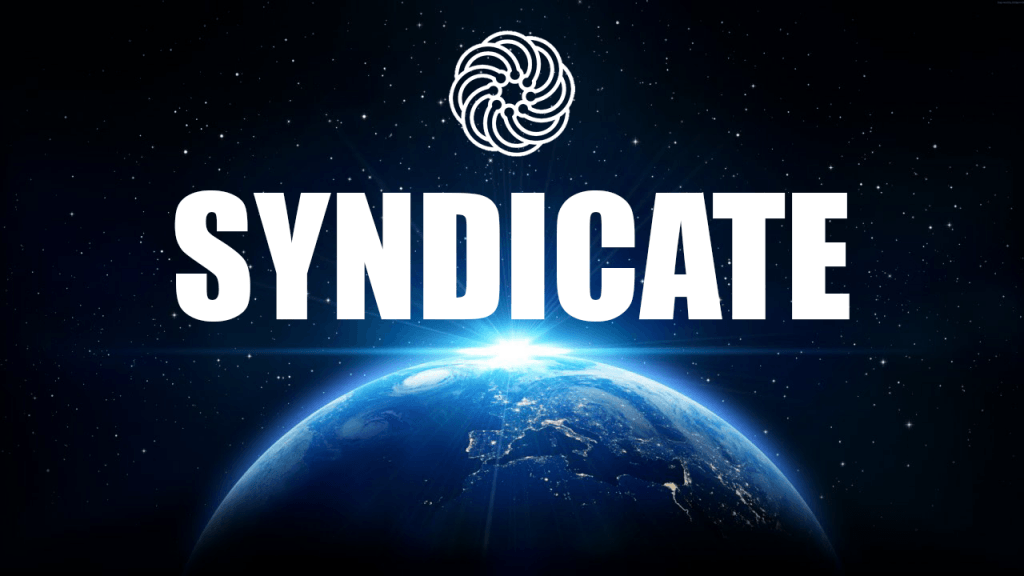 How does Syndicate work?

Syndicate developers have integrated the coin’s platform to enable users spend SYNX wherever Bitcoin is accepted. According to Syndicate team, the crypto is formed to serve as a medium of value SyndicateLabs. The platform has centralized electronic money and banking systems. The team behind the coin has used Hybrid Proof-of-Work and Proof-of-Stake and uses Masternodes to achieve this. For every 5,000 SYNX one owns, they get to run a Master-node.

The primary function of Masternodes is in the anonymization of the Darksend protocol as well as to validate transactions almost instantaneously. These two technologies are part and parcel of the syndicate wallet. According to the Syndicate team, Mastercodes are supposed to perform a lot more functions in the future. Currently, the Mastercode system is used to incentivize and award 50% of the network’s POS rewards. 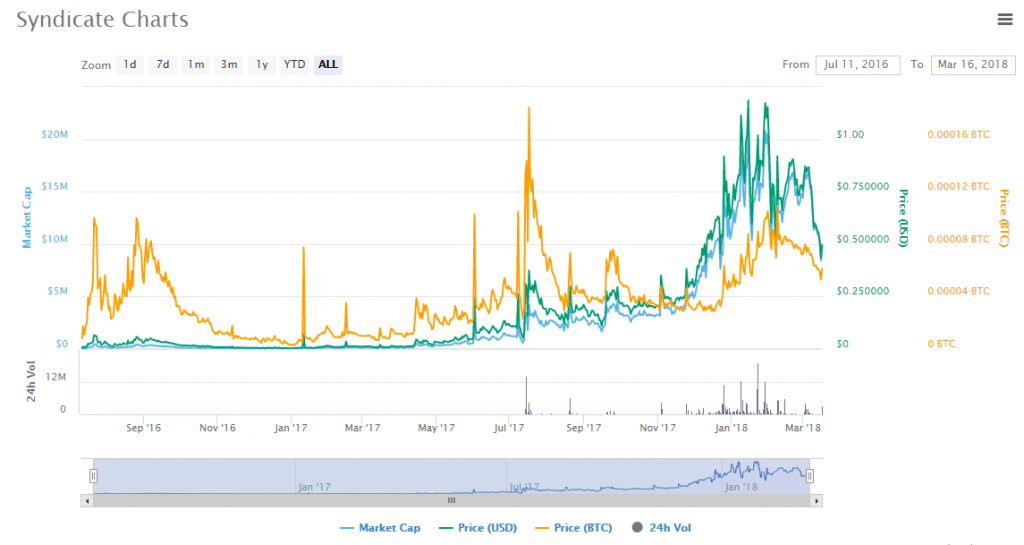 The performance of Syndicate altcoin

From a small crypto that attracted less than $1000 in daily traded volume in 2016, SYNX grew to touch a high of $12 million on January 28th this year. Like many of the major cryptos, the price of the SYNX rose in January to touch a high of $1.37 before going back down to below $1 in February. The closing price on March 15th was $0.44. Coinmarketcap put the coin at number 14 on the list of the cryptos with the highest number of traded volumes on March 16th.

Should you invest in Syndicate?

On the official website of the crypto, it is indicated that the community members are supposed to hold ‘HODL’ their coins and wait for the value to increase. It is further indicated that HODLers make money buy staking their coins for a 50% return. The site further states that the more the community members HODL onto their coins, the more the demand for these coins will rise. While this might be true, that is should not be the practice in an open market. Moreover, SYNX has in the past shown signs of being a ‘pump and hold’ asset. This would then allow the founders of the cryptocurrency to inflate the price and hence giving the company room to manipulate the market. 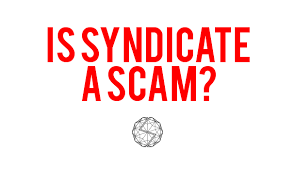 In mid-July 2017, SYNX price shot up by over 900% within 12 hours. More worryingly is that the coin’s market cap which was below $800,000 shot up to surpass $9.2 million within the same period of time. The traded volumes for the same period exceeded the market cap by more than $400,000. Even though cryptocurrency, in general, is known to be extremely volatile, Syndicate crypto trend was quite extreme. Unlike Bitcoin or Litecoin where investors and traders are free to buy and sell their coins as they wish, one of the ‘laws’ at Syndicate is that ‘Never will I give up or dump coins that I stake’.