Trump’s Economy and the Fate of American Middle-Class 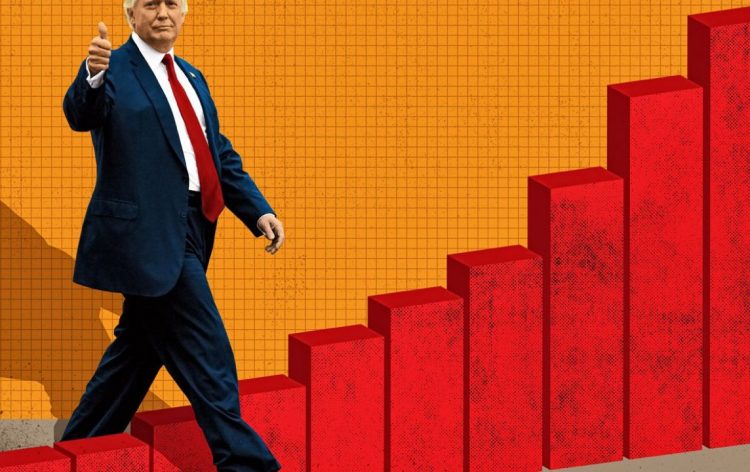 The question as to exactly how much of the monetary profit derived from Trump’s economic speedup goes directly to the middle class remains hot…and not very adequately answered if we look at some of the responses delivered by Democratic senators and presidential candidates. Elizabeth Warren, Bernie Sanders and Kamala Harris simply refuse to comment in a manner that would leave us with a snippet of hope.  For them, the amount of gain that goes to the middle class is close to none.

As Sanders likes to frequently say, Donald Trump’s economy is very much suitable for billionaires, while not very fitting for working people or the middle class. House Speaker Nancy Pelosi does not hold back on harsh evaluations either. In her words, the majority of the American citizens are wildly caught up in trying to pay their bills, while the rich get richer very comfortably.

This does come across as vocalization of the predominantly liberal bias. Especially if we look back in time when democratic senators insisted on Trump creating a second Great Depression. Things, however, turned out in a drastically different manner and the president has, in turn, reached the lowest level of inflation and unemployment in half a century.

The statistical data put out by the former Census Bureau researchers and now statisticians at Sentier Research suggests that the benefits enjoyed by the middle class under Trump are massive.

Particularly, since Trump came into office the average-income middle-class family has seen an increase of $5,003. As of August 2019, the median family income is $65,976 which is a very much improved figure in comparison to $61,000 when he entered the office in January of 2017.

Household incomes were notably lower under George W. Bush as well as Barack Obama. The numbers stood somewhere between $400  and $1,043, respectively. In less than three years under Trump’s regime, however, the additional income is about three times larger.

The numbers exhibited by Sentier Research are so unbelievably high on top of being achieved in such a short period of time, that triple-checking the data became necessary. The income swing stubbornly remained $5,000 on each occasion.

It should be noted that Home Depot and Lowe’s reported huge sales surges recently and we are not surprised in the slightest. The extra income in millions of Americans’ pockets is being well spent as it seems and consumerism is at all times high. Thicker wallets of the citizens are transferred into more store sales and the middle class should look at this as a total windfall.

After-tax incomes of a typical family of four experienced an extra $2,500 added to it which generated from the tax cut. As a result, most middle-class families in the Trump era, after taking account of taxes owed, must have an income closer to $6,000.

Just like Ronald Reagan talked about the significance of real take-home pay and asked his voters in 1980 whether they were better off then than four years ago (Under Jimmy Carter), the answer to that question was a blatant rejection. Due to high inflation, skyrocketing unemployment, and raised taxes in the late 1970s, Carter was lost and Reagan won the elections.

Perhaps, Trump should also start asking American citizens similar types of questions. The answer, presumably, would be positive because clearly, most of the people and especially those belonging to the middle class are benefiting from the fruitful economical development brought about by Trump’s economy.