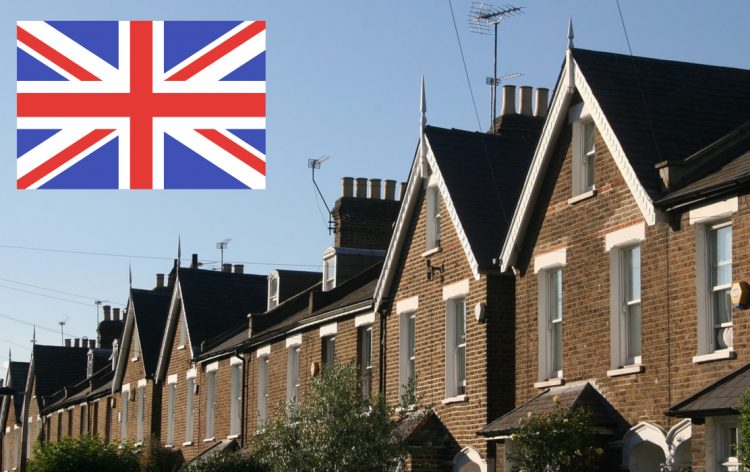 The past three years have been quite stressful for the entirety of the United Kingdom. The danger of Brexit has been affecting the markets extremely negatively, even causing the British Pound to repeatedly hit the lowest point it has been at two times in two years. This has become even more obvious in the past week, after the election of Boris Johnson to lead the British people in the coming months leading up to the final deadline on the decision to Brexit. The pressure being put onto British society has been quite immense, but it seems that not every part of Britain is facing the same level of pressure and the same level of issues. The recent release of Data within the country has shown that the UK real estate market has been mysteriously growing in value throughout the year 2018. The growth has been quite immense and the reasons for this are strangely not easy to identify.

How the market has grown

The part of the real estate market that has been growing the most over the past year is seemingly the multi-family residential complex. This is specifically true for the living accommodations located in the city of London. The city has, in the past year, managed to become one of the few cities around the world to grow in terms of investment in these projects. London is now one of the top four cities facing this kind of investment, the other three being Berlin, Copenhagen and Paris. The volume of investment has managed to grow by 150% in 2018 with the markets facing around $7 billion in investment throughout the year 2018. The increase in investment has been especially motivated by the JLL broker. London saw 2 billion worth of investment in its multi-family projects, doubling since the year 2017.

This is part of a trend within Europe, where investors are seeing a lot of value in investing in such developments. The steady cash flow and the lack of supply of such projects within the larget cities within the EU have been motivating the investment surge. It seems that the rate of investment will keep growing in the coming months, or at least until the final decisions are made on the subject of Brexit towards the last quarter of 2019.

It is hard to identify what the reasons for such a rate of growth within London might be. The trend, especially within the largest European cities, has been part of the investment surge into multi-family developments that we mentioned before. The high demand and lack of supply is the direct reason for such investment. But there are other reasons, especially in the context of London, that do not necessarily relate to the lack of supply of these goods on the market. Exploring these reasons might assist us in determining whether the future of the real estate market in the UK is going to remain as it has been throughout the year 2018, or if it is going to change at all.

The number one reason for the growth in investment might have been the expectations of the investors that the no-deal Brexit that has been, for so long, touted as a real danger to the UK becoming less and less real. With Theresa May unable to push through her own deal and the push of the local society to prevent the no-deal Brexit, it was expected that things might change in 2019. But, now with the election of Boris Johnson and his vow of leaving the EU by October becoming the main headline within the UK, the markets might not be as optimistic anymore. In contrast, the rate of investment might even fall in the coming months and, if the no-deal Brexit actually happens, the market might be facing a long recession coming to it.

This might be offset, for a little time, by the fact that there is turmoil in the rest of the world. Specifically, some investors are identifying the Hong Kong events as a potential opportunity of growth for the British real estate market. According to these specialists, they are expecting that there will be an influx of immigrants and investors who will be coming to the UK to get away from the turmoil within the city. These investors might be seen as an opportunity to keep the market healthy. How much of an offset this will act as cannot be said specifically. But the expectation that this one event will be what saves the UK markets from collapsing is something that should not be expected. Brexit is a serious threat looming over the UK and the recession that might come with it is not to be underestimated.