Brexit consequences | Reasons for and against leaving 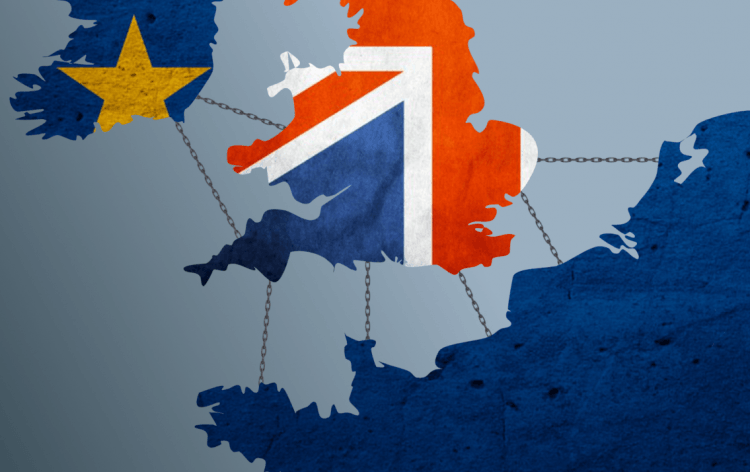 It has been already more than three years now that we keep hearing ‘BREXIT BREXIT BREXIT!’ And these talks do not seem to end any time soon. At least, not until March 2019 when Britain should officially leave the EU. However, experts are still debating whether all of that was a good idea at all. Thus, we’ve decided to name the most prominent reasons for Britain to stay and leave the EU from different perspectives.

Why stay in the EU?

1. No risk of currency collapse

Everybody knows that Britain is not using the euro as the national currency, they have the pound sterling instead. It seems a bit odd, doesn’t it? I mean, it’s not like Britain is not a greatly economically developed country like Poland, for instance, not to utilize euros. The reason for that is a smart guy – Tony Blair – who in 1997 declared that the euro need to pass a so-called ‘five economic test.’ And guess what, euro currency did not pass it.

That means that even if the euro will collapse, Britain’s economy will not be as greatly damaged as other’s economies. They have nothing to lose in this matter.

2. Easier to trade with other EU members

One prominent thing about the EU is its trade agreements between different countries. And generally speaking, trade is open and free for all members of the EU, that is why the EU is considered to be the world’s largest single market area.

Therefore, being the part of the EU gives Britain an opportunity to import goods from other countries, so as to export its own good outside.

Britain leaving the EU means the great possibility of businesses moving somewhere else. And it seems logical, simply because they don’t want to lose their access to the rest of the European market. But what does that mean for the local market and economy? That means a rising unemployment rate.

1. Ability to influence other countries’ policies

While still being a part of the EU, Britain will be able to partially influence and take part in forming other countries’ policies. Which, in turn, might directly or indirectly affect Britain itself. That gives the country a certain degree of power and insurance.

2. More power on the international arena

Being a part of this huge ‘international club’ gives Britain a great number of priorities and certain safety guarantees. While being on your own can be a struggle.

As Britain is not officially part of the Schengen passport-free travel zone, that means that it can control the number of immigrants (if any) coming to the country.

2. Immigration as a source of revenue

If you would think, Britain gains from immigration more than it loses. Meaning that immigrants coming to live in Britain are obliged to pay taxed, insurance, as well as paying the costs for public services they might use. Moreover, studies show that EU-15 migrants are generating a positive fiscal contribution to the economies of the EU zone, while that of non-EEA immigrants is negative.

This can be considered as an attempt to legally limit the number of immigrants coming to Britain. David Cameron has earlier established a deal with the EU that the welfare benefits provided for European migrants will be limited for up to four upcoming years.

Why leave the EU?

1. Still being able to trade with EU countries

Even though a certain degree of freedom in trade with other EU countries will be taken from Britain after BREXIT, it still will be able to trade with those. At the moment, Britain can choose between two trading models – Norwegian (with full market access) or Canadian (with a standard free trade agreement).

2. High costs for businesses in Britain under EU rules

Currently, Britain-based small businesses are obliged to pay 20% income tax on revenue between £12,501 and £50,000 and 40% on revenue between £50,001 and £150,000. If profit is higher than that, then the income tax reaches 45%. In this case, Britain is still playing under EU rules. However, when separating from the EU, it will be able to establish its own set of business and economic policies.

Lots of countries of the EU are struggling financially, like Greece, for example. And as a part of that international community, Britain should pay and support those in order to keep the whole EU system floating.

1. Ability to be the one setting own policies and rules

Being a part of the EU obliges the countries to obey the rules and policies that were created earlier. And sometimes those do not suit the country’s particular interests and do not go with the country’s vision for future development.

Thus, separating from the EU means complete control over any future decisions for Britain.

1. Obligation to let immigrants it as a part of EU

As a member of the EU, Britain should let immigrants from other countries. That is not entirely what the government of the country is happy with and, in fact, became one of the most prominent reasons for BREXIT.

2. The strain on housing and transport from European immigrants

Some EU immigrants might be unskilled and thus put a strain on British resources like housing and public transport.

Even though the deal was agreed upon and officially signed, the continuity of it was set to be only four years. And there is yet no guarantee that it will be possible to prolong it in the future.