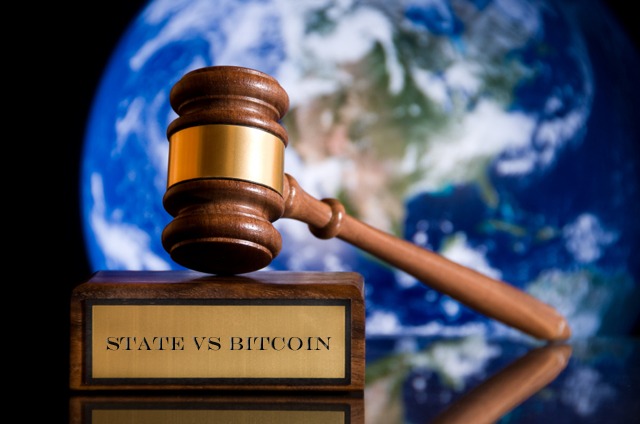 Ever since bitcoin started to become popular, financial regulators have tried to restrict and even ban the cryptocurrency. With time, though, they started to consider bitcoin regulation instead of banning it, and this seems to be the sensible direction to go. It’s still not easy and the road to bitcoin regulation has faced many problems.

The problem in regulating bitcoin

The main problem in implementing bitcoin regulation is that it goes against the primary feature of such cryptocurrencies – anonymity. The structure of blockchain, which is bitcoin’s backbone, leaves the parties involved anonymous by only assigning a randomly generated address and key. It thus makes bitcoin regulation difficult because it’s not possible to know who is involved in a transaction.

Furthermore, there are other altcoins available, so it’s much harder to keep track of all other forms of cryptocurrency. Finally, the users of cryptocurrency are not willing to cooperate with regulators. This can be seen by the number of people reporting bitcoin in their tax returns in the US even though there are laws on taxing bitcoin in the US.

Despite these problems, some countries have embraced bitcoin and are seeking to set some kind of regulations. 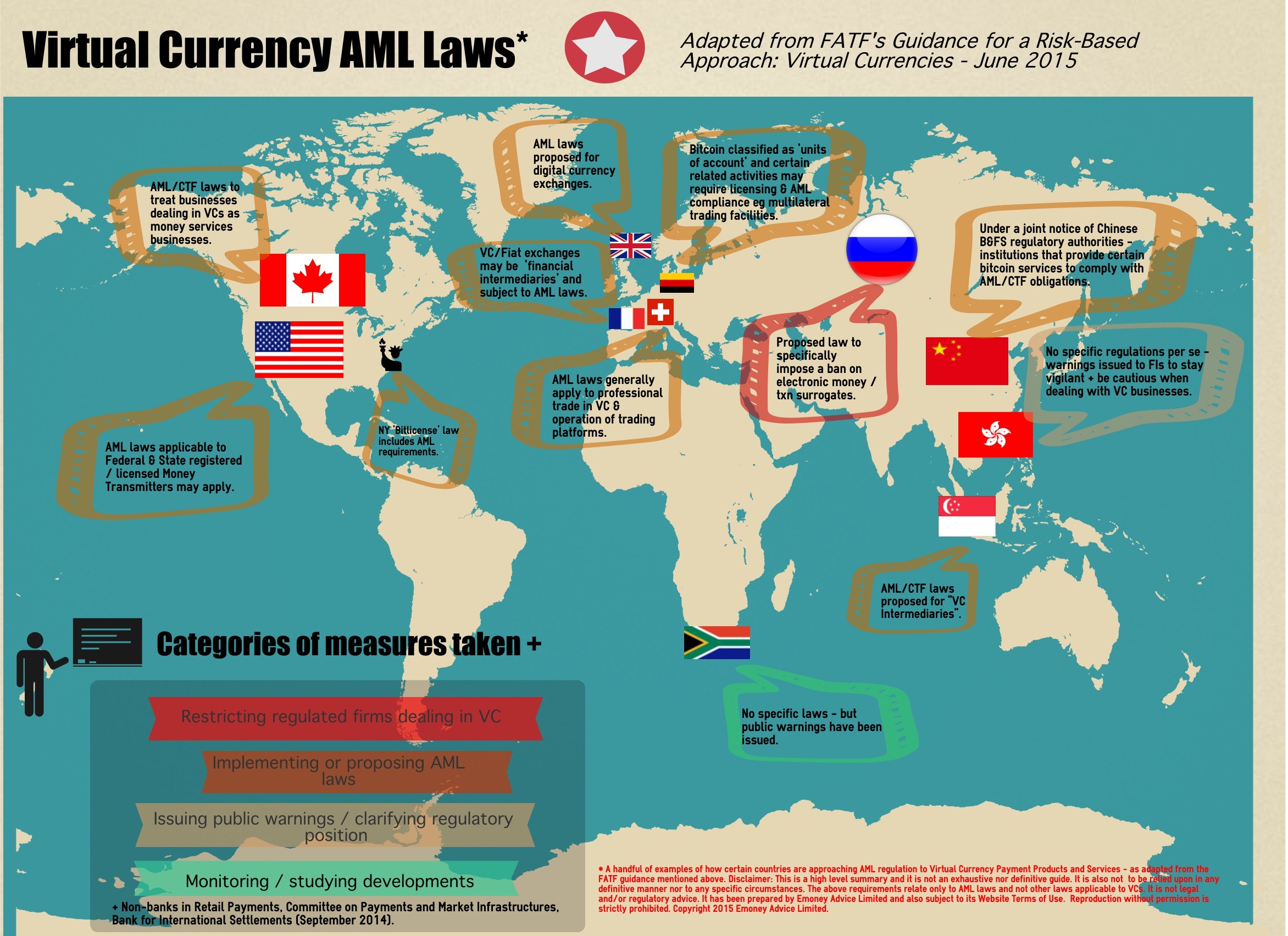 Back in 2013, the Reserve Bank of India (RBI) warned the public against the use of virtual currencies. This was after the central bank noticed a rising interest in bitcoin, which it saw as risky because it was prone to theft and had no intrinsic or underlying value. The statement by RBI also indicated that the institution was going to investigate issues regarding virtual currency.

These statements were further compounded this year when the Minister of State for Finance said virtual currency was illegal. In a country with a very robust cryptocurrency industry, the minister’s words were enough to cause a stir. Then on the 12th of April, India’s government declared they had convened a committee to implement bitcoin regulation. Consisting of the central bank itself, several finance-related government institutions and commercial banks, the committee is expected to come up with a final report in 3 months.

It is a step in the direction of bitcoin regulation in India, even though some believe that the report might suggest some strict regulations based on the tone of the government’s statements.

Bitcoin in The United States

In 2015, the CFTC defined bitcoin as a commodity which would then be covered by the Commodity Exchange Act (CEA). It was a positive sign, but the fact that it wasn’t considered a security by the SEC showed there was still the reluctance to consider it as a currency. 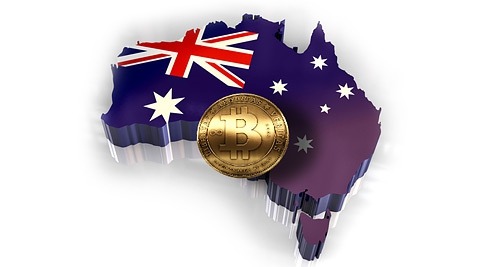 The Reserve Bank of Australia (RBA) is doing research on blockchain to find out the implications of such technologies. The same group working with the RBA is also involved with other G-20 nations looking at bitcoin regulation.

Click here to cancel reply.
Polybius
Time to Ban Bitcoin and the Cryptocurrencies Bitcoin and its derivatives has managed to generate great enthusiasm from technologists, libertarians and financial speculators. They have also managed to gain the quiet enthusiasm of various types of criminals. Cyberterrorists have very prominently joined the list of criminal taking advantage of the anonymity of owning Bitcoins in recent years by holding to ransom organisations including UK hospitals The Historic Perspective Over the last decade people have invented various forms of digital money such as the Liberty Reserve Dollar (which had parity with the US dollar) or E-Gold whose value was based on the value of gold. These digital currencies started with similar intents, to allow the simple, quick and cheap transfer of money without needed to use a bank. These forms of digital money succeeded in their objectives and were used to transfer billions of dollars. However the rapidly became used by criminals to transfer money. Eventually these forms of digital money/money transfer were banned and criminal prosecutions took place. Part of the reason it was possible to stop these platforms and the facilitation of criminal activity was the ability to easily identifiable a party running them and also because the close resemblance of the digital currencies to recognised forms of money allowed existing rules on the operation of a payment services to be applied. In November 2008 CEO of the company behind E-Gold was convicted of "operation of an unlicensed money transmitting business" and "conspiracy to engage in money laundering". With one of the main avenues for transferring criminal activity closed down, alternatives were needed by the underworld. Liberty Reserve started operating from Costa Rica in 2007 and had come to the attention of the authorities by 2009 (though the platform was not shut down until 2013). Coincidently a new idea for anonymous transfer of funds was released in January 2009 by appropriately pseudo-anonymous Satoshi Nakamoto. Bitcoin was claimed to be a clever solution the "problem" of transferring money without needing a bank to be involved in the process. It was also claimed to be solution for the "double spend problem", how to stop purely electronic money being spent twice. Neither of these claims ever really made sense. Money in the real world is created by banks and central banks in processes that form one of the fundamental underpinnings of the global economy. It makes sense to try to develop faster, more secure and cheaper methods of money transfer but it simply made sense to try to create a payments system that did not involve banks. The solution to the "double spend problem" made even less sense, since there is no double spend problem in conventional banking. Neither central banks nor commercial banks make a habit of allowing their customers to spend their funds more than once and if there is an error it can be caught by other parts of the banking system. However Bitcoin did solve some very real problems for the criminal community. By not having a central party running the network, there was no obvious person for authorities to arrest. By creating a totally new form of money it made it very hard to apply existing laws on money transfer services. It actually created a clever bind for authorities. If they recognised Bitcoin as money (in order to allow a prosecution) it undermined governments and central banks control of their monetary systems. The Reasons for the Ban E-Gold was processing up to $2 Billion a year of payments. Liberty Reserve is estimated to have helped launder $6 Billion. Bitcoin is now processing tens of billions of dollars a year of transactions, the vast majority either for pure financial speculation or for criminal activities. The usefulness of Bitcoin to terrorists, tax evaders, drug dealers, purveyors of child pornography and every other form of criminal activity is reason by itself to ban Bitcoin. The mining process used to validate bitcoin transactions is also incredibly environmentally harmful because of the excessive amounts of energy used. Finally Bitcoin is effectively a giant Ponzi scheme. Vast amounts of money have poured into Bitcoin for speculative reasons. The only difference between Bitcoin and a classic Ponzi scheme is that some genuine economic activity is going on, unfortunately it is largely criminal activity. The Impact of the Ban A significant number of people would lose money (but then it was never legally recognized as money in the first place). This may be sad for the genuine enthusiasts but most of the money would be lost by the criminal and unscrupulous. Since Bitcoin does not underpin any significant real world activity (other than the criminal) and has not been financed by the banks in the same way as more conventional financial bubbles the impact on the real world would be minimal. How to implement the ban. Countries should pass laws to ban the exchange of pseudo-anonymous cryptocurrencies for legally recognised currencies. This process can be expedited more quickly by banning Bitcoin exchanges from holding bank accounts or for any payments being made via national or international payments networks to Bitcoin exchanges. Bitcoin mining or similar validation processes for other cryptocurrencies would also be banned. Known Miners would also be subject to the same restrictions on holding bank accounts or making/receiving payments in recognised currencies. Scope All other cryptocurrencies that do not allow law enforcement authorities to identify the owners of balances also need to be subject to same rules aimed at Bitcoin. Though they may have been used to the same extent for malicious reasons and many have started as harmless experiments, if they are not banned they will quickly be put to the same use as Bitcoin.
Reply
banner