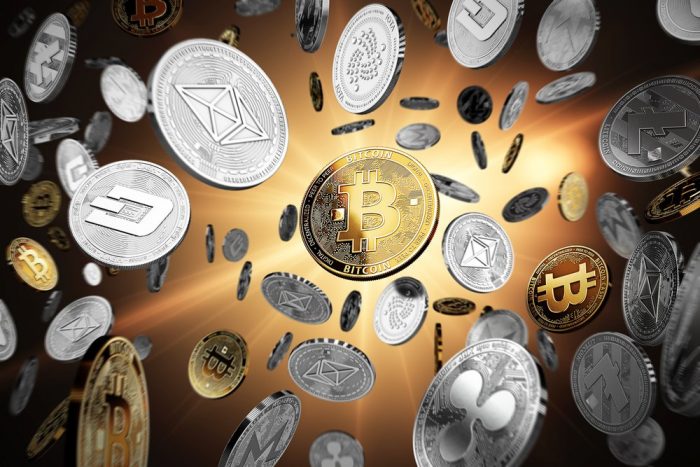 This report we will start with IOTA, so an altcoin, where two weeks ago, we were expecting a strong trading signal. Our last analysis was written on the 13th of March and even the title was telling us a lot : „Trading signal is near”. Back in that day, we wrote this:

„Breakout of the green support will be a strong sell signal and the price closing above the down trendline should be an invitation to go long. „ 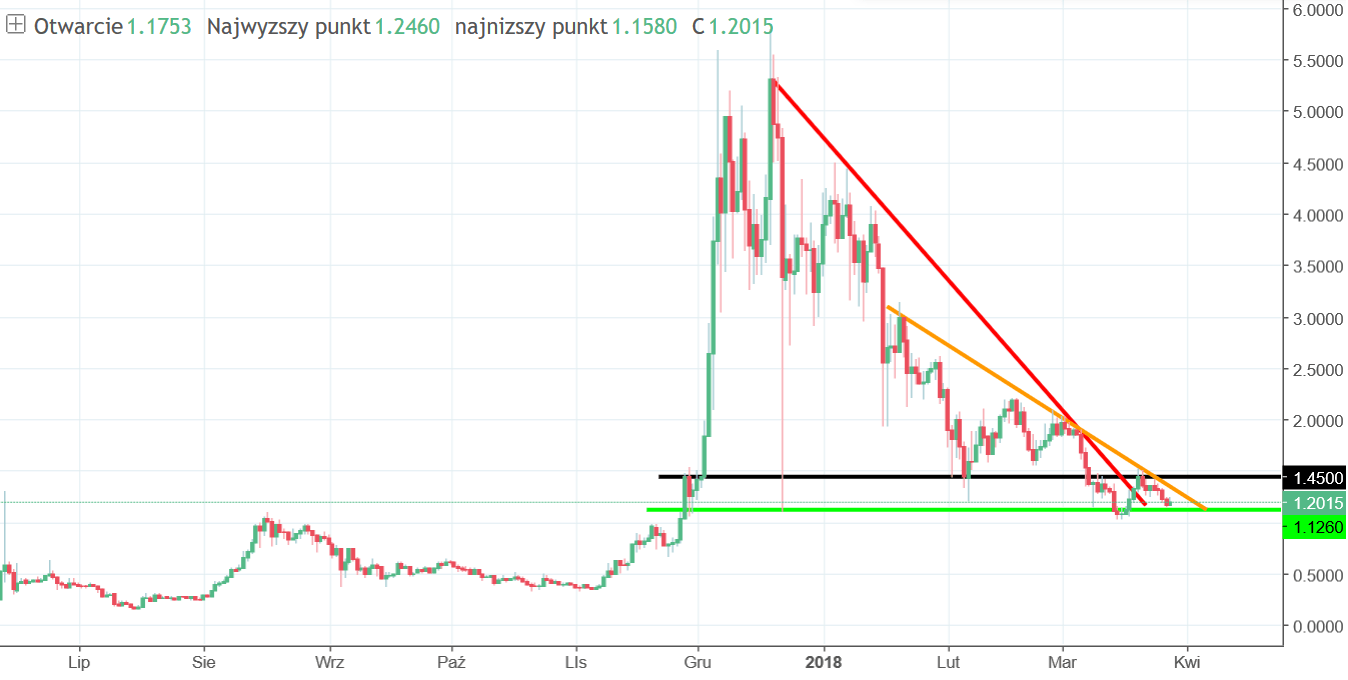 This is a game for the patient traders only. Still, after the two weeks, we have to wait for the proper signal. Price did break the green support and then the red resistance but both of those movements were not significant enough to trigger a legitimate signal. During those two weeks, we got two new players in the game: the closest resistance now, is the horizontal line on the 1.45 along with the orange down trendline. The support remains unchanged: 1.126. IOTA should give us answers soon. Taking into the consideration an overall sentiment for the altcoins, we do have a bigger chance to go south.

Second instrument today will be Ripple, mentioned by us on the 19th of March. On that day, we were in a very interesting place. The price just formed the hammer candlestick, which could have been a positive sign for the buyers.

„After this kind of a candle on a horizontal support, we should see a bounce. We do not, so the test of the 0.3 support remains an opened case. The price closing above the 0.65 will be a positive sign and the price closing around the tail of the previous candle, will be a signal to go short. „ 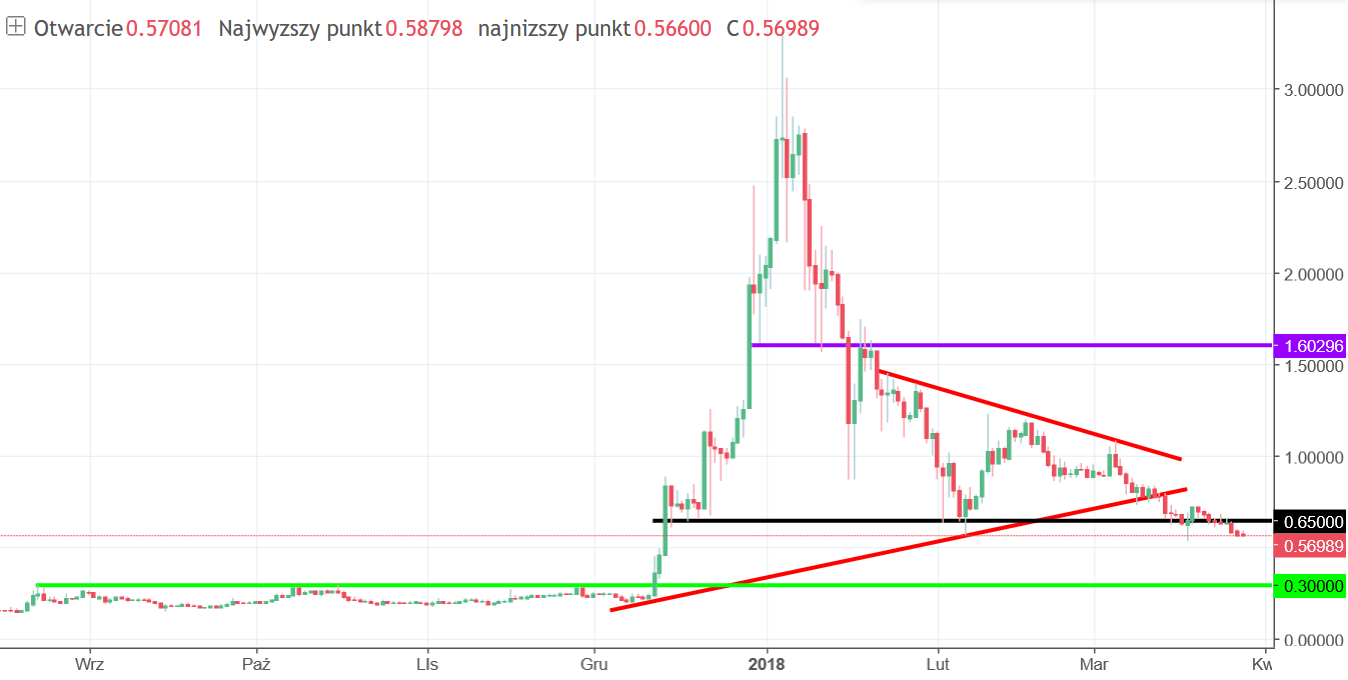 The price totally wasted this hammer and did not go much higher. The first day after the hammer was even positive but after that, almost every single trading day was bearish. Having all this, we do not change our view from the previous analysis: the test of the 0.3 support is still an open case. Chances that we will get there are very high.

The last cryptocurrency in our review is Dash, which was previously mentioned on the 15th of March. The price was approaching the 400 USD support, which on the paper looked very promising. Buy signal at that time was very risky but the technical situation looked tempting.

„Really, a buy signal on a crypto? OK, maybe it is a bit too early but the situation is promising. The bounce from the support is now shaped like a hammer. This kind of candle is a strong buy signal. On any market and any timeframe.” 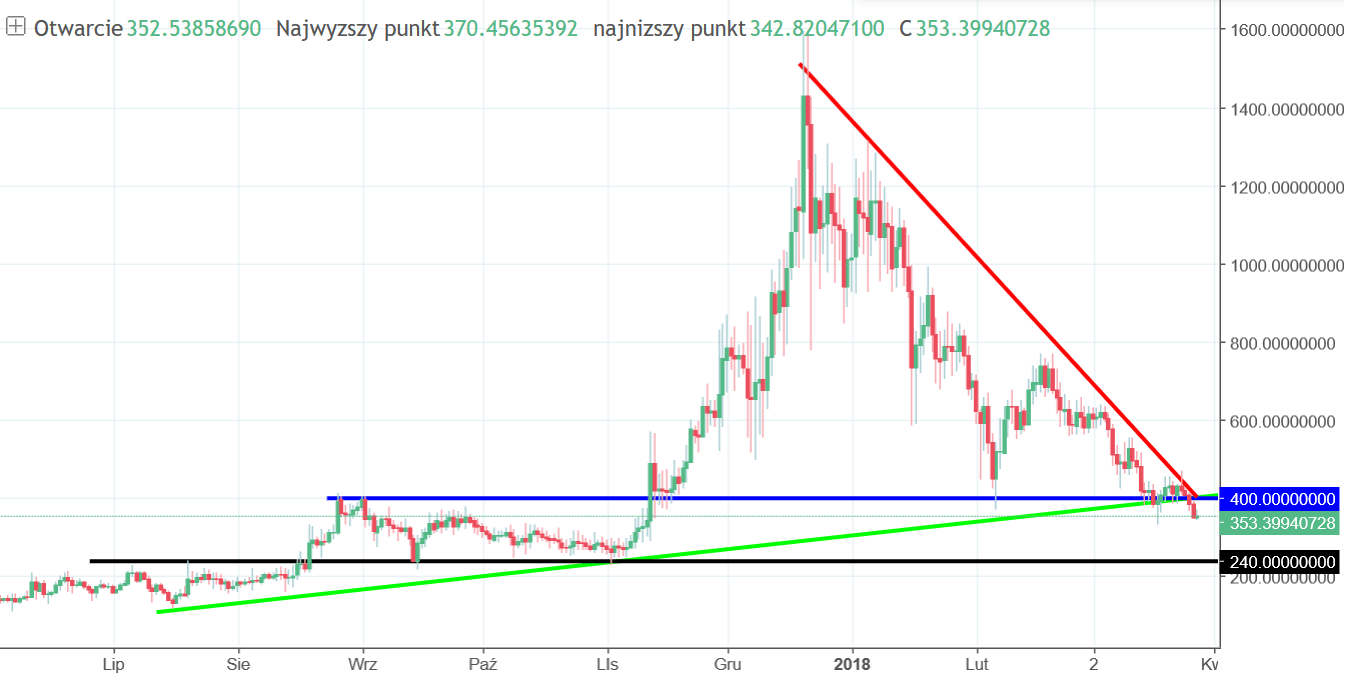 How did this situation end?

400 USD was not exactly a perfect support but the area around this level stopped the downswing and this is the place where a short-term correction took place. Well, I guess that is actually a maximum what we could expect from this weak cryptocurrency market at that time. Now, situation looks even worse. We do not see any signs of the demand right now and the price is making lower lows and lower highs. This situation should continue and the closest target for now is the 240 USD (black).