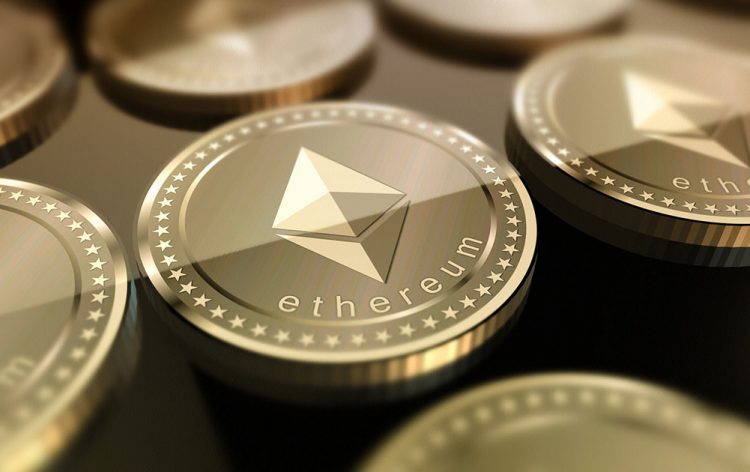 Today, Ethereum price continues to edge closer to the $500 level. So far, the cryptocurrency has reached an all-time high of $490 and seems poised for further upward momentum. The previous highest value was around $400 back in June, but now there is a new high.

Several factors have coincided to push Ethereum price, but the main one has been increased optimism over the Ethereum network. Last month, the Byzantium hard fork was successfully executed on the Ethereum network. The update was intended to improve network speed by optimizing transactions though eliminating unnecessary processes. Despite the success of the update, and the improvements it brought, Ethereum price was still unable to break through the resistance level around $310.

However, this past week there has been increased interest in the cryptocurrency, especially in South Korea. Over the past week, Bithumb has accounted for the majority of ether transactions, placing South Korea as the leading Ethereum market even above the US. Subsequently, the market cap of Ethereum surpassed $45 billion. This is more than the market cap of seven of the largest cryptocurrencies combined; excluding bitcoin and bitcoin cash.

It’s not just South Korea that has been enthusiastic, it turns out that Ethereum processes more transactions than all other cryptocurrencies. This fact was reported by Frank Schuil, the Safello CEO on Twitter. The high number of transactions on the Ethereum network are a testament to the effectiveness of the Byzantium hard fork back in October. Additionally, the transaction costs for Ethereum are still much lower than those for bitcoin and bitcoin cash by almost 9 times. 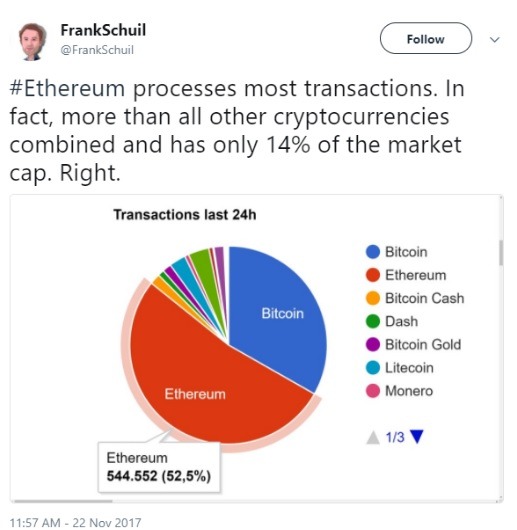 Besides the increasing interest in the cryptocurrency, Ethereum price was also boosted by relief against a feared hard fork. A bug in Parity Technologies’ wallets led to the freezing of 513,774.16 ether, worth more than $245 million at current market prices. Last year when there was a hack on the DAO, the Ethereum network was forced to perform a hard fork that led to the creation of Ethereum classic. This recent freeze brought back the same fear, but Parity Technologies assured its clients that they were still trying to find a solution. Without a hard fork, there was renewed confidence in Ethereum, another main reason for the surge in Ethereum price.

Finally, SegWit has been not been wholly accepted by enthusiasts and exchanges, plus there have been network instabilities in some cryptocurrencies like bitcoin cash. Compared to Ethereum which seems to have fixed its scaling solutions, it just seems like the better alternative.

How far will Ethereum price go by the end of the year?

The only remaining question is the target for Ethereum price this year. Several experts have predicted that the value of Ethereum might reach $1,000 before the new year, but this is not likely. Despite the recent rally seen on Ethereum, the cryptocurrency still faces stiff competition from bitcoin and bitcoin cash, both of which have also been recording double-digit growth rates. We may continue to see the price of Ethereum climb, but perhaps only to the $700 range.