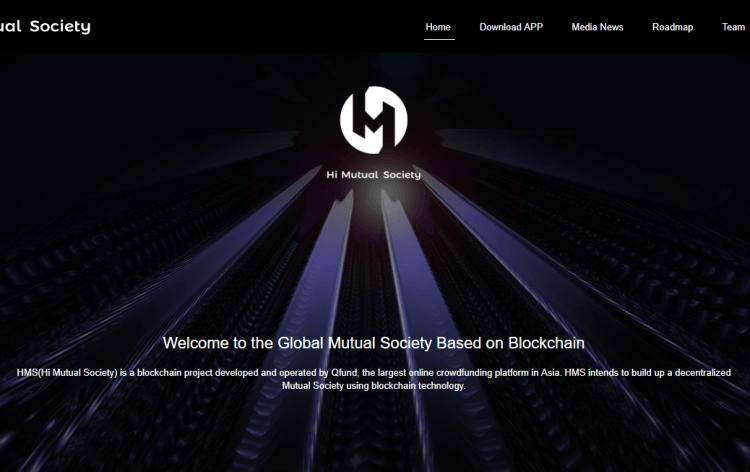 Qfund which is a leader in crowdfunding in Asia has created a project known as Hi Mutual Society (HMS). The project is incorporated in the British Virgin Islands. The aim of the project is to create a decentralized mutual society using blockchain technology. The team behind the project wants to release a minimum viable product (MVP) which will be used on its platform by April 2018.

The Hi Mutual Society plans to work like traditional mutual societies where members enjoy common benefits. The goal of HMS is to raise funds from members and customers then offer common services to every member of the company. This will be achieved using blockchain technology. 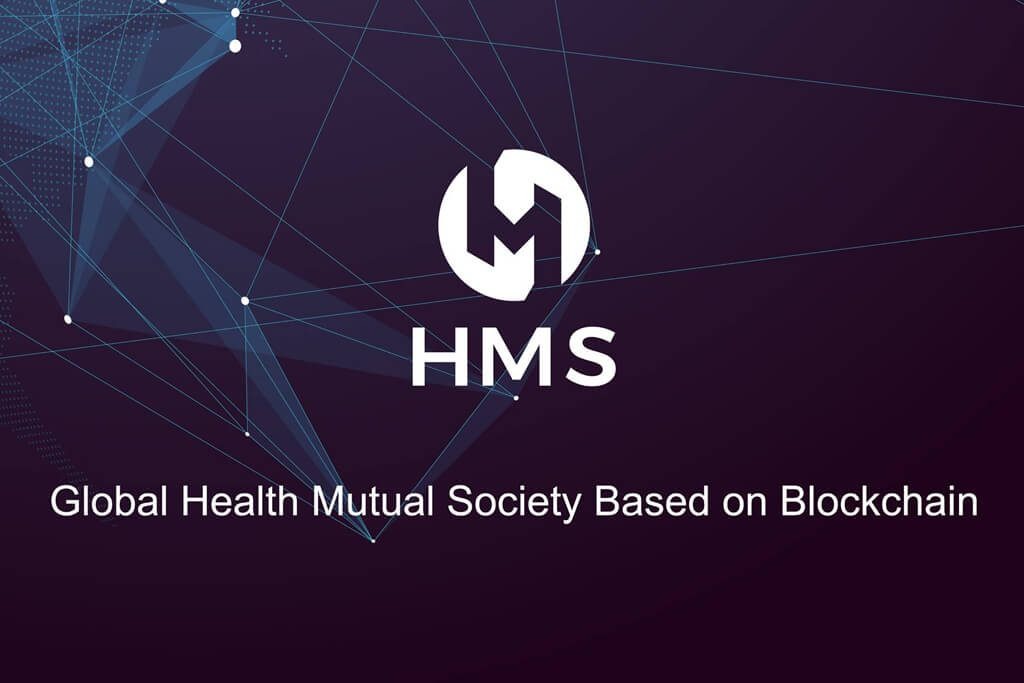 How does Hi Mutual Society work?

HMC aims to break down regional barriers and allow anyone in the world to hedge risks. The project is also designed to offer tokens which enable worldwide participation on the platform. Because the project is based on blockchain technology, security will be high for the private information of customers. Moreover, there will be no entry barriers as anyone who holds enough HMC tokens will be eligible to participate within the ecosystem.

The Hi Mutual Society will basically work around the digital tokens whose ticker symbol is HMC.  In order to join the community, users will be asked to deposit a certain amount of tokens. These HMC tokens will be locked using smart contract. Whenever a member experiences a loss, the smart contract will automatically issue a payout. For those people who are already members of the community, their already existing deposits will be deducted gradually as the system issues payouts. In order to continue being members, users will need to recharge HMC to their accounts. You can recharge an account on behalf of another member.

The distribution of the tokens during the ICO

The performance of the HMC token

Upon its launch, HMC rose to command a price of $0.168 on January 30th, 2018. The price dropped consistently until February 6th to $0.047 when Bitcoin and other major cryptos touched their 2018 low. Afterward, the price of the crypto considerably rose to touch an all-time high of $0.108 on February 18th. The price has been oscillating between $0.04 and $0.019 for the better part of March and April. With the recent cryptocurrency rally, HMC has regained some ground and it closed at $0.072 on April 24th, up from $0.045 the previous day. 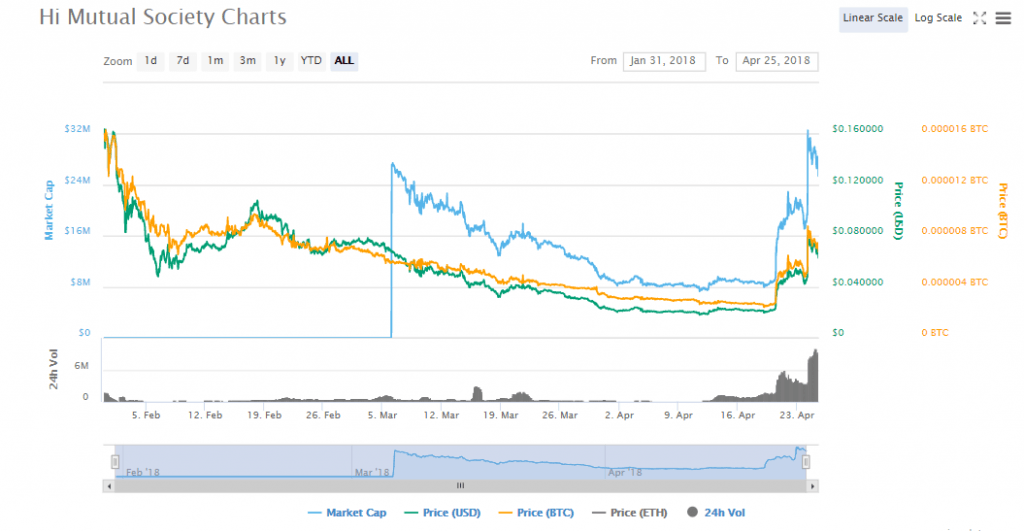 Hi Mutual Society aims to employ blockchain technology to manage mutual societies. In this society, members will enjoy similar benefits as those offered by insurance companies. The platform will allow third-party providers to provide various services on the HMS network. The team plans to launch a private beta for their decentralized app by September 2018 and a public beta in Q1 2019. The whitepaper is quite detailed and it seems like this is a crypto to watch in the coming weeks.