What are Jelurida, Ardor and Nxt? 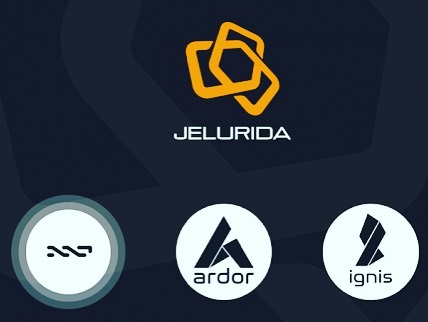 Jelurida BV is a company which is predominantly in development of blockchain technology. It is a corporate entity made of developers. It was created in 2016 and owns the IP rights of Nxt. The company gives licenses for private versions of Nxt and also the modification and consultation services to any interested party. These services, however, will not be offered if the said chains would compete against Nxt. With time, Jelurida has become an important player in the vibrant cryptocurrency creation and trading.

Currently, the active and main developers of Jelurida include Lior Yaffe, Jean Luc, Ronald Hoffman, Tomislav Gountchev and Petko. The legal expert of the company is Kristina Kalchev. Besides Nxt, Jelurida has created Ardor and Ignis all of which are some of the high performing cryptocurrency of 2017.

Nxt was created by Jelurida. It is an open source application platform. It is designed to expand the things one does with a blockchain. There are many impressive arrays of functions inbuilt in Nxt software. You, therefore, won’t need to code anything on top of an already limited blockchain platform. Nxt is a very advanced blockchain platform which builds on the basic functionality of pioneering cryptocurrencies such as Bitcoin. Financial institutions and cryptocurrencies apply the blockchain technology a lot. However, this technology can be used for a lot more. 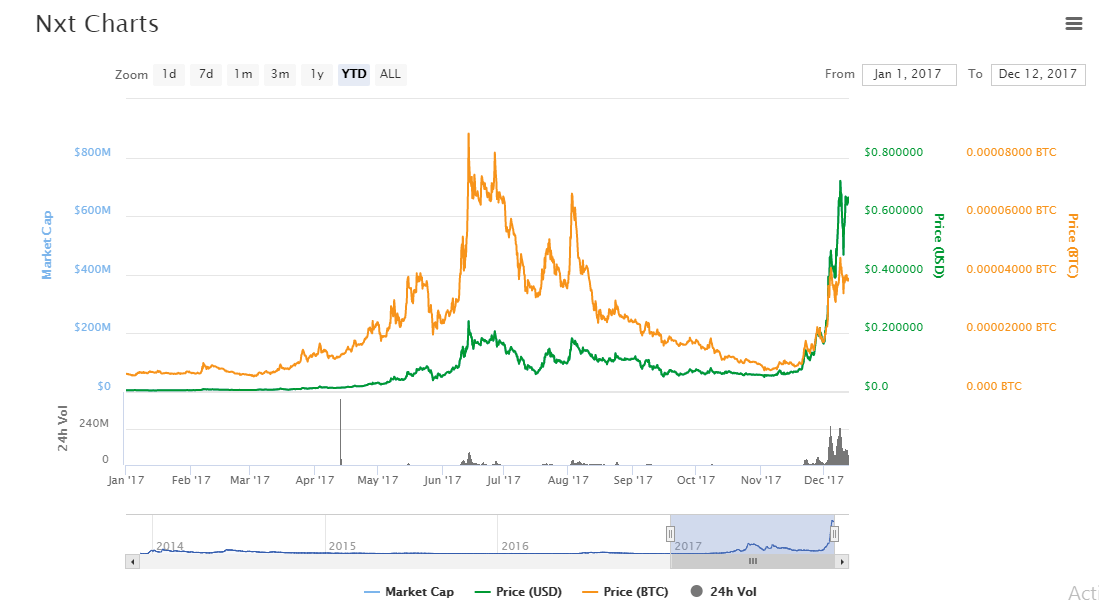 Unlike many newcomer cryptocurrencies of 2017 which are designed to be traded just for the sake of it, Nxt has come to transform crowdfunding and financial technology. Nxt also helps in the governance of industries which includes Nxt cryptocurrency and a modular tool-set to build with. Its users have the freedom to create their very own and customized applications. Currently, the market capitalization of Nxt is $667.64 million. On 12th December, the price was $0.668.

Ardor is an evolution of Nxt software. It is designed to address issues of blockchain bloat, versatility and scalability. This blockchain system is designed as a complete ecosystem whereby multiple players can interact without the need to go outside the platform. Ardor will solve the problem of having to store and process large amounts of non-important long-term data in the blockchain. It does this by separating the tokens used for regular transactions from those that provide blockchain security.

Ardor runs as a public open-source software just like the Bitconnect and Nxt altcoin. It is also available for commercial licensing. Anyone who has the necessary blockchain skills and wishes to migrate from Nxt to Ardor, he or she should familiarize themselves with both platforms.

The relationship between Nxt and Ardor

While ARDOR and NXT are built using the same technology, they operate in fundamentally different ways. Ardor creates and maintains a standard full-length blockchain. The features and the functions of the software are however limited to record keeping and security. On top of Ardor, there are child-chains that maintain pruned blockchains made of only the last 24 hours worth of blocks or less. These child-chains reconcile their transaction balances every once in a while with Ardor parent-chain through bundle contracts. The moment a log of the transaction data has been secured on Ardor, child-chain pruning of older blocks happens.