Home - Forex Analysis - Cryptocurrency - A look at MaidSafeCoin (MAID) crypto and its performance in 2018
Cryptocurrency
by Michael on May 26th, 2018

A look at MaidSafeCoin (MAID) crypto and its performance in 2018 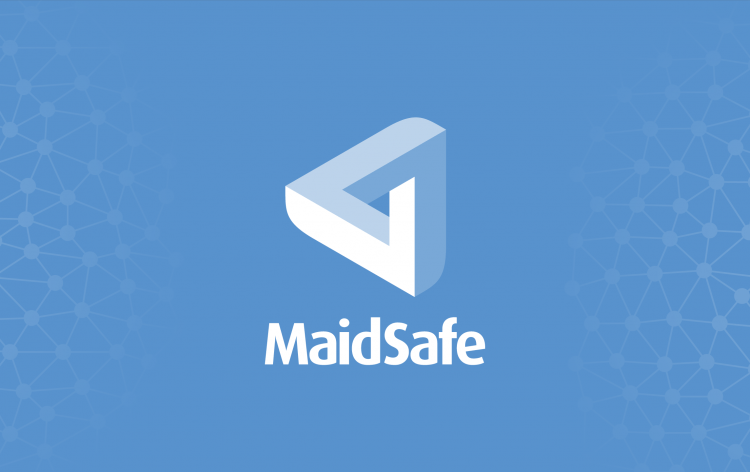 There is always the risk of corporations leaking private data of their customers to the general public. Some of the companies accused of leaking clients’ data include Yahoo, Target and the most recent one Facebook through the British Cambridge Analytica firm. It is based on these tales that MaidSafeCoin wants to use blockchain technology to offer decentralized storage services.

How does the MaidSafeCoin project work?

The official website for the crypto is called Cryptobontix. According to the website, the team behind the crypto discovered that it is only the hardbacked currencies that have a chance to endure both in strength and longevity. This prompted the team to develop a number of currencies that were backed by assets and which were also insured.

The SAFE network is designed to ultimately create a ‘secure, autonomous, data-centric, peer-to-peer network as an alternative to the current server-centric model’. According to the team behind the crypto, there are two parties to the crypto, the ‘farmers’ and the ‘clients’. The client will access the many features of the network while the farmer stores and looks after clients’ data until it is needed again. Farmers usually get a reward for their services.

MaidSafeCoin is one of the few cryptos whose market cap has remained steady in the past few weeks. The crypto was commanding a value of half a billion USD at the beginning of the year. It has since dropped to $200 million as of May 26th. However, the overall performance of the crypto is not as volatile as that of Bitcoin and other major cryptos. The main reason for this is because the token is backed by gold. 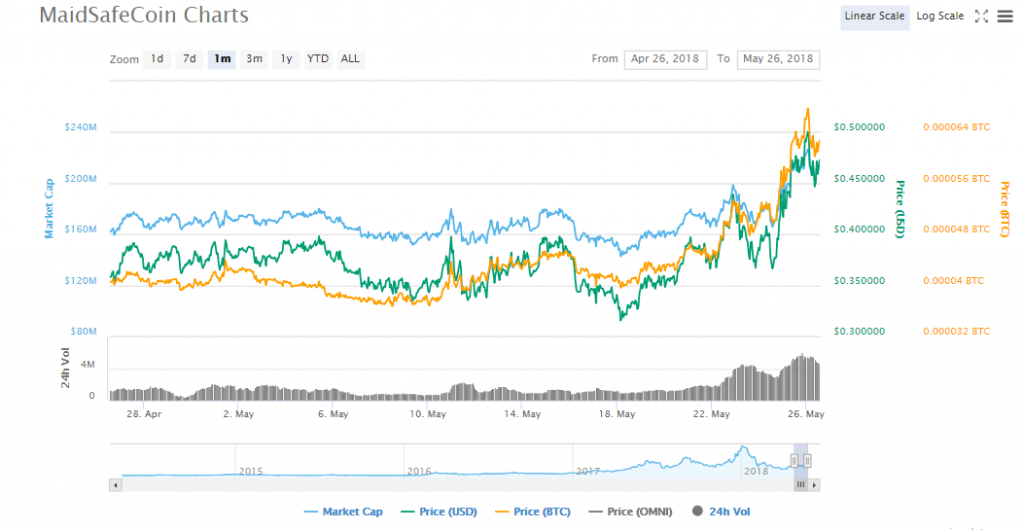 MaidSafeCoin crypto was one of the cryptos that gained the most in Week 21. The volumes steadily rose from $1.8 million on May 21st to reach $4.7 million on Saturday. On Friday, May 25th, the crypto reached a high of $0.5 but settled back to an average of $0.45 on Saturday which it has been attracting in the past few days.

Should you invest in MaidSafeCoin?

Unlike Bitcoin and other major cryptos which utilize proof-of-work, this crypto is designed to use proof-of-resource. The crypto is still young and has not endured a major market price correction. But the company’s concept of having a decentralized way of storing and sharing data is certainly going to become popular with time. It is a crypto to watch in 2018.