Revolut powers up crypto trading with its mobile banking app 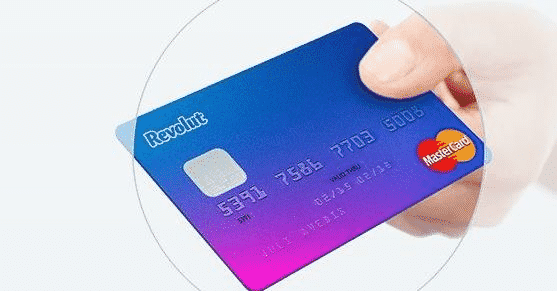 Revolut has announced that it will allow its customers to complete their transactions using alternative currency starting this week. Revolut, a European app is designed to let its customers complete transactions in as many as 25 different currencies. In the announcement made at Techcrunch’s Disrupt Berlin Conference on December 5th, Revolut’s CEO Nikolay Storonsky said the cryptocurrency will be open to customers on Thursday. In the announcement, Nikolay said Revolut customers will from Thursday be able to buy, sell and hold crypto money such as Ether and Bitcoin.

In the announcement made by Revolut CEO, the firm intends to merge Cryptocurrency with traditional banking. Your Revolut’s debit card will now be able to handle the crypto money that you wish to own alongside the 25 fiat currencies.

According to Storonsky, being exposed to crypto currency has been good and exciting but very time consuming and expensive. This announcement comes hot on the heels of announcements by two U.S. leading derivatives exchanges on their plans to list Bitcoin futures later in December.

How will this app work?

The Revolut CEO believes that crypto will soon become mainstream and will become a critical part of the banking sector. It is not uncommon for you to run out of the fiat currency when you have gone out shopping or when you are on holiday. This is where Revolut comes in with its crypto technology. The app will automatically convert the necessary amount of cryptocurrency so as to fund your fiat based transaction. Indeed, this $90 million funded mobile banking startup is working hard to bridge the gap between the normal money and the new crypto money.

What impact will this mobile app have?

The major cryptocurrencies have gained a lot in 2017 and 2018 looks even brighter. This is why Storonsky says that he strongly believes that the alternative currency will soon be mainstream. He was fast to cite the more than 10,000 customers who traded more than $1 million during the week-long Revolut’s beta test. Revolut plans on entering the alternative currency market with a bang. It intends to charge customers an up-front flat fee of 1.5% per. There will be no extra or hidden charges. Other platforms, these hidden charges can easily add up to between 5 and 9 percent.  Revolut’s customers will have an easy time because they can buy through all the firm’s base currencies. You won’t be required to pay foreign exchange fee in order to buy your preferred foreign currency.

The growth of Revolut is definitely astounding. Over the past two years, the firm has been able to handle over 42 million transactions involving over 1,000,000 customers. During the course of business, the firm claims that it has been able to help customers save over $160 million in foreign exchange fees. You can send up to 5,000 Euros per month in as many as 16 different currencies at no fee. This helps it to compete with other players such as N26 and Monzo. The fast growth of Revolut and the wide public acceptance of alternative money in the last months of 2017 will definitely contribute to making this mobile banking app a huge success.

If you haven’t tried Revolut yet, you can sign up for it with this link.