Home - Forex Analysis - Cryptocurrency - A look at Steem Dollar (SBD) crypto and predictions for 2018
Cryptocurrency
by Michael on April 13th, 2018

A look at Steem Dollar (SBD) crypto and predictions for 2018 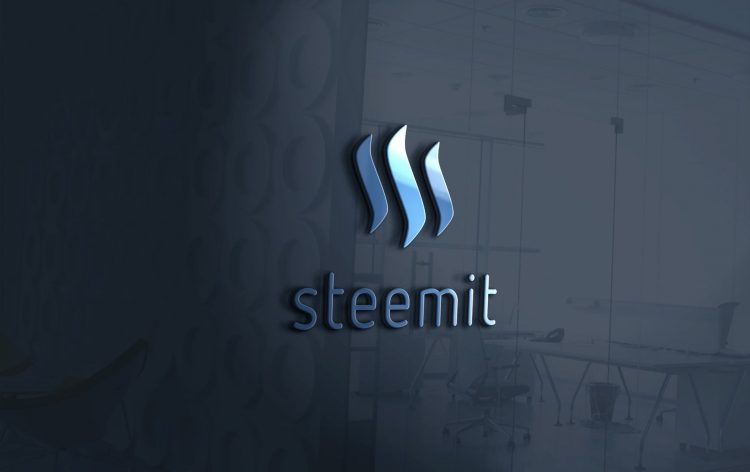 Steem Dollars are the price-stable tokens found and used within the Steemit ecosystem. The Steem Dollar whose ticker symbol is SBD represents a value of around $1. On the other hand, Steem is a liquid-cryptocurrency which is also used within the Steemit ecosystem. When it comes to Steem Dollars, one can use them for a number of things such as buying stuff within the virtual economy which is yet to be established. You can also opt to hodl the dollars and hence earn a 10% annual return. The other option you have when you own SBD is to transfer them into Steem, Ethereum, Bitcoin or any other digital currency. The Steem Dollars serve as the bridge between raw power of Steemit and real-world apps because it commands a relatively stable price. 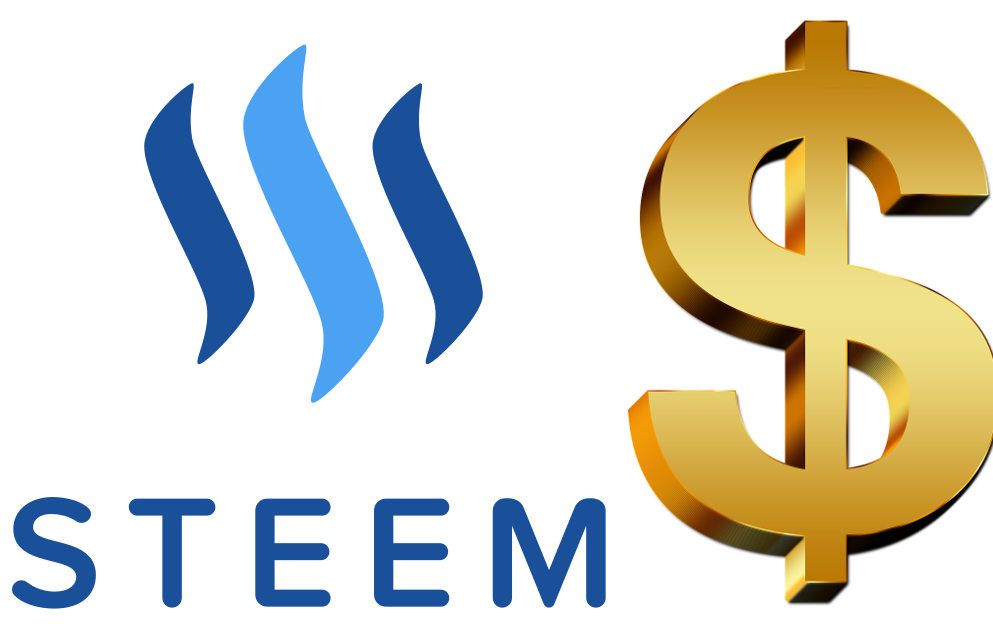 Steem Dollars which are also commonly referred to as SMDs are what people send to each other when they want to upvote posts on Steemit. As said earlier, you cannot spend these dollars outside the Steemit network; rather you will need to convert them into another currency. The reasoning behind having Steem Dollars is because the founders wanted to peg the value of Steem to the US dollar. This would enable people to trade inside the Steemit ecosystem and not have to worry about the exchange rate fluctuations.

Say, you want to give away 50 SBDs. In short, you are simply giving away 50 USD worth of Steem. The Steem Dollar currency is designed to work as an IOU or a promise. When you decide to cash out of your Steem Dollars, you will get as many Steem tokens which are worth the SBDs in your wallet. Remember 1SBD is equivalent to 1USD.

Steem Dollar currency has been around since 2016. The price of the Ethereum-based token was averaging $1 until Nov 21st, 2017. When the Bitcoin craze hit in late 2017, SBD tokens rose in value to reach a high of $16.7. The market cap of the token at the time was $52 million while the traded volumes were $6.2 million. As the slump of the cryptocurrency hit in 2018, the value of the token dropped steadily. 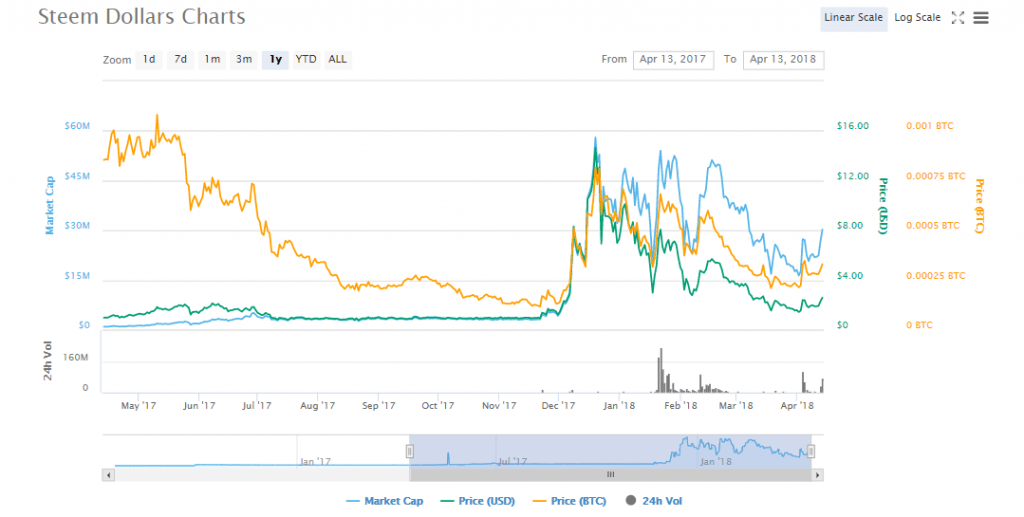 The SBD currency has not strictly been following the Bitcoin trend. On February 6th, Bitcoin’s price dropped to a surprising low of $6,000. Many cryptos lost value on that day. However, for SBD, the price dropped marginally from $3.7 to $3.39. Over the weeks that followed February 6th, SBD managed to reach a high of $5.86. The trend in the crypto market since March has been bearish and Steem Dollar has lost ground to close at $2.38 on April 12th. In the morning hours of April 13th, SBD was trading at $2.59 which is a 30% gain. The market cap at the time was $30 million while volumes traded were passing the $72 million mark. 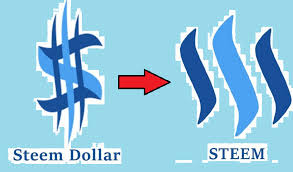 Should you invest in Steem Dollar?

Steemit is a budding social media platform which pays its users with cash but in the form of virtual currency. Everything that you decide to do on the Steemit ecosystem leads to you earning something. Steem Dollar is one of the cryptos that make the bigger Steemit ecosystem operate smoothly. In the past so many months, Steemit has proven to be a stable and growing platform. What remains is for the world to embrace the business and social media model that Steemit presents. It is certainly a platform with a bright future given that already it has close to a million users and more than 1.5 million monthly posts.