Home - Features - What if global leaders were cartoon heroes?
Features
by Martin on August 10th, 2017

What if global leaders were cartoon heroes? 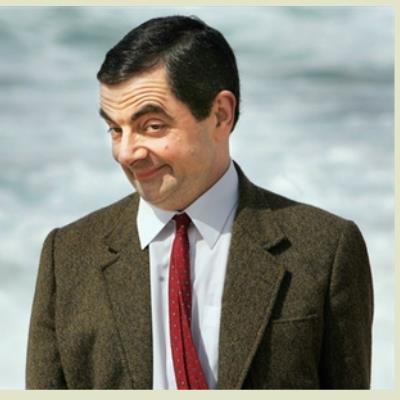 Being a leader not only gives you power, but it makes you a target for caricatures and memes, especially the latter now with Twitter. They are very funny and even I have to admit to googling and retweeting the trending ones. In this piece, though, I’m going to attempt matching global leaders and cartoon heroes. Where did the inspiration come from? Well, you just need to look at the latest movies to see just how many superhero movies are showing right now. Besides, I have always been a fan of comics, so it’s really a natural fit.

Where did the inspiration come from? Well, you just need to look at the latest movies to see just how many superhero movies are showing right now. Besides, I have always been a fan of comics, so it’s really a natural fit. 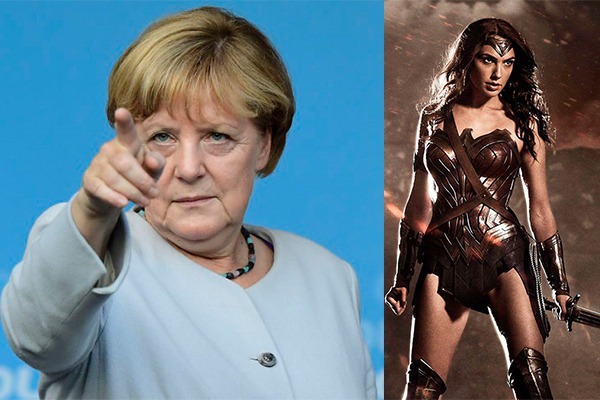 The latest addition to the Marvel universe, such a strong female character has been long overdue. Just as Angela Merkel is to the world at the moment. Chancellor Merkel has got the qualities of Wonder Woman, most importantly being compassionate. As many countries in the Eurozone were closing their borders (metaphorically), she instead welcomed refugees from Syria openly, despite strong opposition from some of Germany’s residents. Of course, I don’t have to mention strength, Wonder Woman is physically strong, just as Merkel leads a major world economy. She may not have Gal Gadot’s looks, but she is Wonder Woman in every other way. 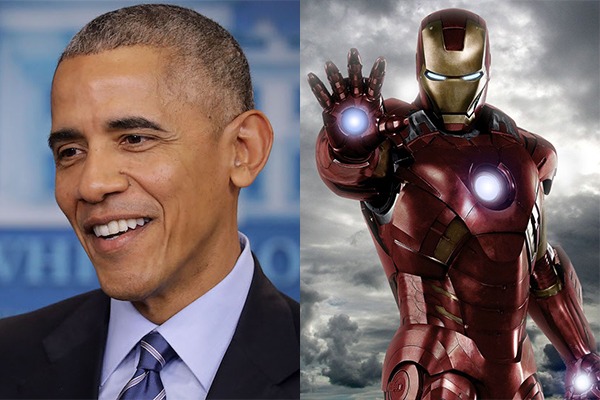 Robert Downey Jr. truly brought Iron Man to life as a super-cool hero with lots of money and loved by everyone. If that doesn’t describe Barrack Obama, then I can’t think of any other superhero that does. Sure, there may be some question on Obama’s wealth, he’s not the wealthiest individual to enter the White House, but he’s not doing too bad money-wise. What’s so Iron Man about Obama is swag and public approval. The 44th US president was very well liked the world over, something he shares with Iron Man, albeit in a fictional world.

The Queen is Superman 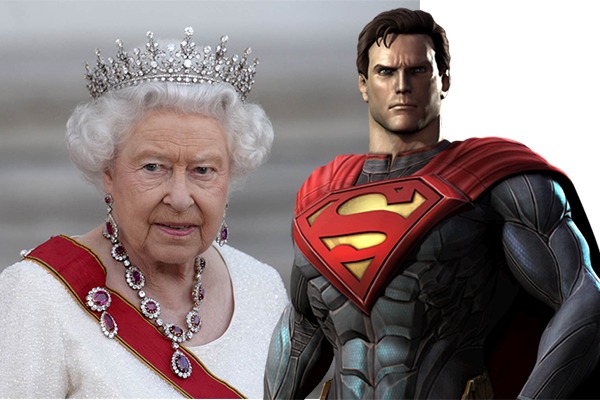 Superman is known for being… well, super. A person with incredible powers beyond imagination and a noble, gentle heart. The Queen Elizabeth II. The Queen of England has immense authority over her subjects, the English, and yet she just sits (or walks) and waves feebly. Did you know The Queen could declare war at any time? And that’s just one of her ‘powers’. She really is Superman in glasses and writing newspaper articles, underneath is a powerful individual in a red flowing cape. 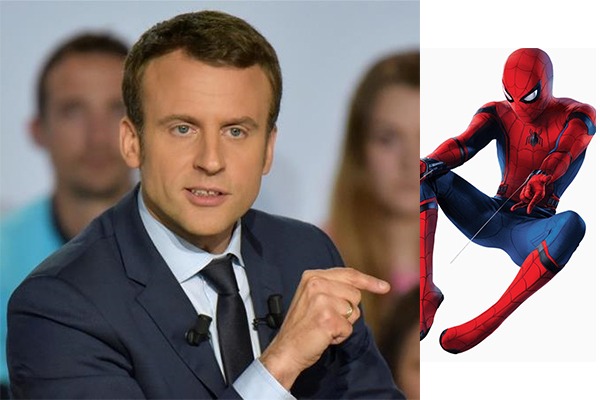 We all know the characteristics of Spiderman – he’s the new kid joining an established Justice League, young and playful. I find that Spiderman’s depiction on film and in the comics fit Emmanuel Macron quite well, and I have a few reasons for that. First, because he is so young; at 39, Macron is France’s youngest ever president and looking at him among other global leaders like Trump at 71, only makes him look out of place. Behind the young, boyish and playful persona is an incredibly powerful individual, with macron running the 6th largest economy in the world and a very powerful military. 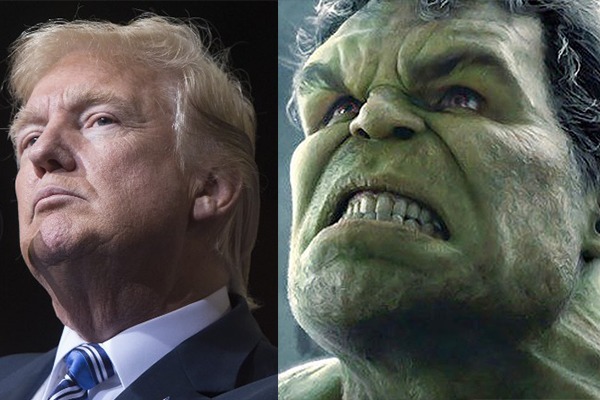 You had to see this coming – the one superhero known for using force to get his way regardless of who may be against him. Of course, in the cartoons, they depict Hulk as being a weak and withdrawn Bruce Banner when he’s not smashing things as the Hulk, but that would require speculation about Trump’s private life. Something no one can tell for sure. What we do know is that, in public, President Trump is every bit the Hulk as he can be. Initially, he showed his strength by passing a number of executive bills and pushing several other bills through senate, but now it’s verbal. Trump’s Twitter account has become the equivalent of online Hulk where he blasts anyone he doesn’t like ruthlessly.

Putin is The Joker 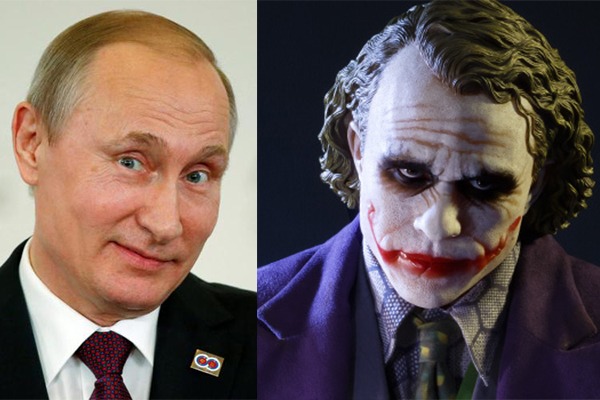 Do you remember The Joker? The guy who almost ‘broke’ Batman? In the movie, The Dark Knight, The Joker terrified Gotham City by being so open about his character, all the while blaming others, or the human condition. The Joker was a seriously complicated and twisted individual, and I just thought of Vladimir Putin for some reason. I know The Joker was a villain, and the topic is about heroes, but I couldn’t end without speaking of the most adorable and loathed villain in comic history. 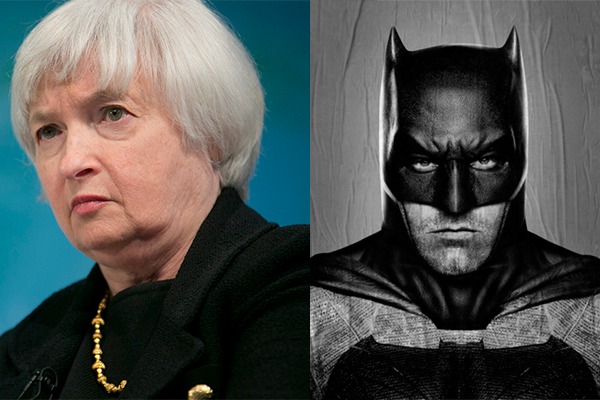 Batman is a hero (seemed like a nice segue after mentioning The Joker) whose achievements remain anonymous. No one knows his face, and some even see him as a villain, even though his actions have saves his city countless times. Who do you know among the world leaders whose actions are largely ignored? There are plenty here, and the only reason you don’t know them is that… ‘they’re Batman’. For the sake of gender equality, I have to mention Janet Yellen. Forbes lists her as the 3rd most powerful woman in the world, and the decisions of her office literally keep the world economy balanced.