The ice was finally broken: US-China trade agreement Phase I 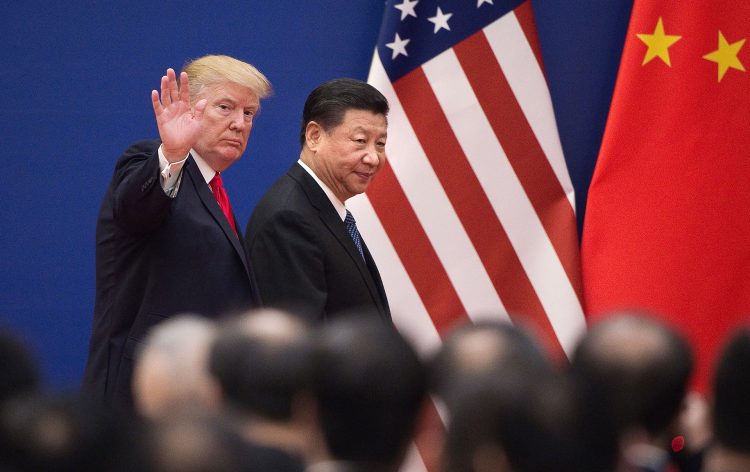 After more than two years of tension, the agreement was finally signed between the United States and China last week. It was a hard couple of months not only for these two countries but for the global economy as well.

US President Donald Trump noted that the pact should be “transformative” for the US economy. Meanwhile, Chinese leaders are convinced that it is a “win-win” deal that will improve the global economy and boost relationships between the two countries involved.

China promised to increase US imports by $200bn above 2017 levels, as well as enhance intellectual property rules.

At the same time, the U.S. agreed to decrease some of the new tariffs that have been imposed on certain Chinese products.

However, the majority of the taxes are still in place, which has become a stimulus for businesses in both countries to push for further talks.

Jeremie Waterman, president of the China Center at the US Chamber of Commerce, commented:

“There’s a lot of work to do ahead. Bottom line is, they should enjoy today but not wait too long to get back to the table for phase two.”

Let’s go back a bit: the United States and China got engaged in a trade war back in 2018, which led to further taxation of traded goods worth more than $450bn (£350bn). That severely damaged the economic balance worldwide, disrupted trade flows, and disturbed investors worldwide.

During a signing ceremony in Washington, many top Republican donors and business leaders were present to hear what Donald Trump has to say.

“Together we are righting the wrongs of the past and delivering a future of economic justice and security…Far beyond even this deal, it’s going to lead to an even stronger world peace,” he said.

What did the sides agree upon?

Chinese Vice Premier, Liu He, who was representing China’s interests during the deal signing, said the agreement reached is based on “equality and mutual respect”. He also added:

“China has developed a political system and a model of economic development that suits its national reality…This doesn’t mean that China and the US cannot work together. On the contrary, our two countries share enormous common commercial interests…We hope both sides will abide by and keep the agreement in earnest.”

A now-signed agreement was considered by the White House as a breakthrough in a war that was started by Donald Trump to protect American jobs and companies from “unfair competition from China.”

The tools put in place included: billions of dollars of tariffs, or extra charges, on imports. However, instead of protecting people and businesses from excessive competition, it only harmed those in both countries.

It is worth admitting that only a small proportion of the tariffs were diminished and around two-thirds of the goods Americans buy from China are being highly taxed. What is more, the issues with the Chinese approach to subsidizing businesses to cybertheft remain unsolved to this day.

The agreement signed last Wednesday is now commonly known as a “phase one” agreement. It was now promised that other problems like China’s state subsidies and its “unfair” business practices, such as providing subsidies for domestic businesses will be addressed during future negotiations.

Donald Trump explained maintaining a great bulk of tariffs will provide leverage in future negotiations. Meanwhile, American businesses are concerned that can this can, in turn, cause certain complications in the future.

“While Phase One makes incremental progress, it remains to be seen whether it will deliver any meaningful relief for farmers like me…The promises of lofty purchases are encouraging but farmers like me will believe it when we see it.”

Many believe that Trump is using China as a political scapegoat, making it unlikely that any serious negotiations will start until after November presidential elections.

There are several sides that benefited and lost because of this agreement, let’s take a look now.

Analysts claim that as tariffs, even small ones, remain in place, it is less likely that the deal will generate benefits sufficient enough to outweigh the losses already bore.

Therefore, many say that Donald Trump is an absolute winner in this situation. Signing this agreement is yet another achievement he can carry into the 2020 presidential election.

At the same time, according to the Federal Reserve report, China’s economy has taken a 0.25% hit, as US demand for its goods fell by about a third.

The fact that the tariffs on $360bn of Chinese goods and more than $100bn worth of US exports are still in place puts the American public in a very unfavourable position. It turns out that the costs – more than $40bn – are borne entirely by US companies and consumers. As calculated, tariff-related uncertainty and costs have resulted in a 0.3% decrease of US economic growth.