Let’s start at the very beginning. It is now has been eight months since Narendra Modi was hailed as India’s most favorable political leader.

In May, his Hindu nationalist Bharatiya Janata Party (BJP) won a general election gaining even more votes than back in 2014.

And it’s only now that Modi’s supremacy was questioned by citizens of India.

Over the past few weeks, people in India were going on the streets protesting the new citizenship law that is discriminating against Muslims. Demonstrations started getting more violent and uncontrollable, even after an official ban was imposed on public gatherings due to the risk of violence. Namely, 20 protesters already died during these marches.

However, neither the government or protesters seem to be ready to step down.

Notably, the CAA is not the only step Modi has taken to promote Hindu nationalism in secular India.

Almost immediately after his reelection, Modi has split the former state of Jammu and Kashmir into two separate parts – that, in turn, allows the Indian government sitting in New Dehli to hold complete control over the disputed Muslim-majority region.

Moreover, his administration published a new National Register of Citizens, which excludes 1.9 million of northeastern Assam state’s 33 million population. That, as the register’s supporters claim, will allow the government to root out undocumented Bangladeshi immigrants. Meanwhile, others are convinced that this will directly lead to the deportation of Assam’s hundreds of thousands of Bengali-speaking Muslims.

What is more, the majority of India’s population agrees that Modi’s governance will continue supporting and justifying religious discrimination against Muslims in the state.

Even though the tension was building up for a while now, it was only after when Modi passed the CAA in December 2019 that protesters decided to become proactive and took to the streets across the whole country.

The CAA implies a fast-track of Indian citizenship for religious minorities from the three neighboring Muslim-majority countries of Pakistan, Bangladesh, and Afghanistan, however, only if those are not Muslim. That shows complete discrimination and marginalization of the country’s 200 million Muslim minority population.

Needless to say, after several BJP’s political actions, the party’s popularity has shrunk drastically. For instance, when it was at the peak of the popularity, 21 of the country’s 29 states were ruled by BJP. Now, however, there are only 15 states that are still under control of the party. 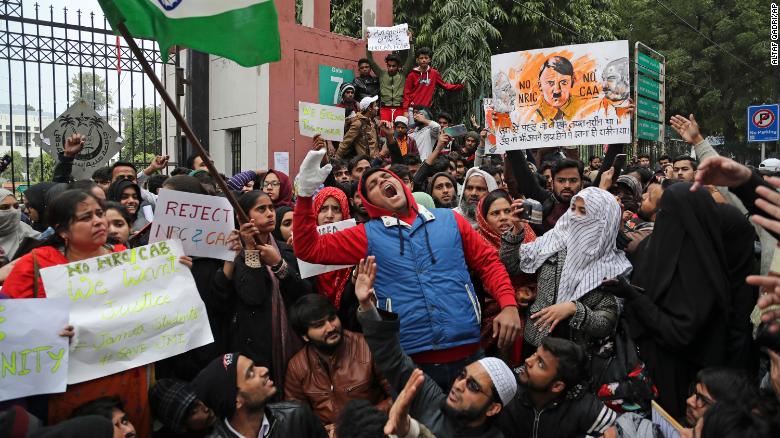 “With this mandate, the people have defeated BJP’s attempts to divide the society on caste and religious lines.”

Apart from that, the population is also concerned about the recent economic moves Modi’s administration has taken. One of the reasons why Modi won elections in 2014 in the first place was a great economic plan he had for a country. However, what we see proves the complete opposite – the unemployment rate is currently 7,6% in comparison to 6,9% in January 2019.

The government announced that the expected growth rate is 5% – the slowest pace in 11 years. That, as many thinks, is directly linked to low demand and private investments. 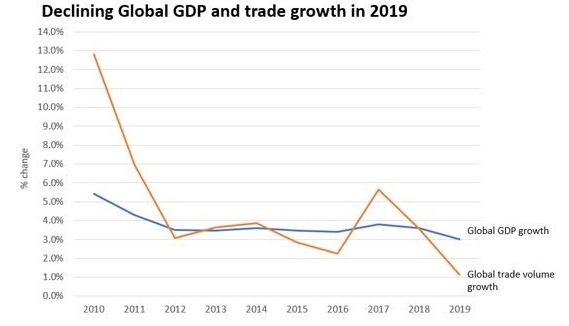 “What’s happened in the last five years is (Indians) kept giving Modi the benefit of the doubt.”

Modi introduced a new goods and services tax (GST) that united the country’s 28 states into a single market for the first time in history. That was supposed to boost the economy, but many economic analysts were skeptical about its success due to the fact that it would take a while for businesses to get used to the new system and for more people to come under the tax net.

“People aren’t doing well and since demonetization and the badly implemented GST, which had such a big impact, things are not getting better. That’s really the key and what feeds into the voting in the state elections.”

For now, Modi’s party keeps losing the support of citizens and is more likely to lose the next elections. However, the consequences of the protests can go way beyond that.

Gilles Verniers, assistant professor of political science at India’s Ashoka University, is convinced that there are more confrontations governed by opposition parties to come. He also predicts that Modi will most probably carry on imposing news laws like Section 144 – which prohibits public gatherings of more than two people on the streets. Hw can also shut down the Internet just like he did many times throughout 2019.

As Verniers said in one of the interviews:

“This moment is disastrous for India.”

The protests and confrontation between people and the government severely harm the reputation of India as a democratic country. And that is happening at the time when all investors are trying to precisely examine the opportunity of investing in India.

Many believe that if Modi wants to preserve his power and to be re-elected for the third term, he needs to focus his efforts on the economy instead of politicizing the region.

At the same time, others claim that it is unlikely for Modi to stick to this strategy. Verniers commented:

“My sense is that the government is going to stick to its guns because these are not policies meant to produce an electoral advantage, these are policies for the BJP that are doctrinal and at the heart of what they believe in.”

“The more the BJP focuses on those core doctrinal symbolic policies, the less it’s perceived to be caring for the economy, which shows no sign of recovery.”

And yet Modi’s success or failure directly depends on how actively will his opponents and proponents operate.

“I think if somebody does take charge, if a political party takes ownership, then this could have a bigger impact. Remember, the most important fact is the economy,” said Verniers. “If the economy continues to do badly, then I think the Prime Minister and the country is in trouble.”