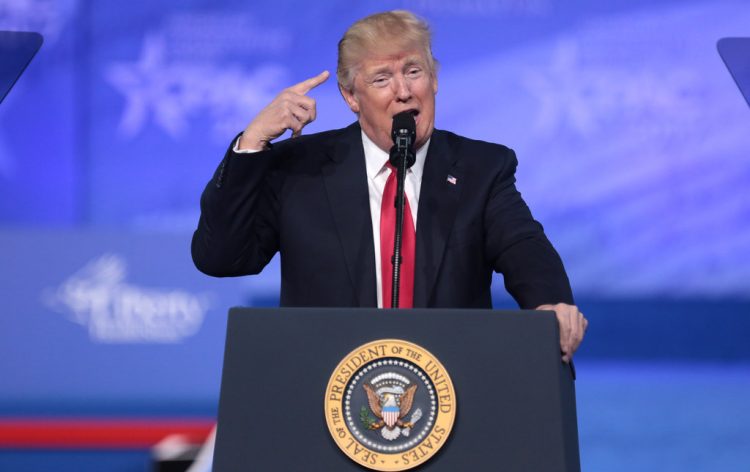 It has been established that the White House is trying their best to avoid admitting that there is a potential recession coming. Despite this, the White House has also been reported to be considering employing a payroll tax cut as a way to stimulate the economy and prevent an economic slowdown, which they are not admitting is happening. It seems like the White House may be confusing itself into thinking that there may or may not be a recession coming. According to reports, three White House officials said that these considerations were currently being made, but the information is yet to be officially confirmed by a White House representative, which is why there are still doubts that this shall be executed.

The rumours of tax cuts were produced by the Washington Post speaking to three high ranking White House individuals, but there has been controversy on the subject. The controversy comes specifically from the fact that another official spoke to the Reuters anonymously and said that no such tax cuts were being specifically considered by the administration. According to the official, there are of course more tax cuts considered for the US citizens, but a payroll tax cut is not something that is being considered at the moment. According to the official, there are other potential tax cuts that are under consideration at the moment. Although WaPo doubled down on their report and said that the payroll tax was in early talks, so there is no specific information on the subject.

This is not the first time that a payroll tax is being considered by Washington. The Obama administration imposed a temporary tax cut that ran until 2013, to counteract the previous recession, but the cut has already expired. The tax cut would definitely be a way to stimulate an economy that is seeing a big slowdown but at a big cost to what the payroll tax goes towards. There is a large number of elderly people who receive their income from the Social Security program that the payroll tax contributes to on a monthly basis. But, the stimulus that would be provided to the economy as a result of a tax cut would be extremely useful, especially since there have been signs of an economic slowdown and danger of a recession in the bond market. Although, it seems that Washington insists that there is no economic slowdown coming.

The reason for this is the fact that a strong economy is seen as something that would assist the Trump reelection in 2020. The President, who has been holding more and more rallies, has been talking about how the economy is doing pretty great at the moment, despite evidence of the contrary. He said that the consumers are spending and saving and that the economy is doing pretty great thanks to the corporate tax cut that he provided earlier last year, which has benefitted corporations but has failed to result in an increase of consumer spending. According to other White House officials, there is going to be a recession eventually, but it is not going to be any time soon.

The White House has made it clear over the past few weeks that they prefer to increase the spending of the consumers by having the Federal Reserve further decrease the Interest Rates. While this might be a useful tool in increasing the spending of the consumers, the Fed does not seem to enjoy the idea. According to Eric Rosengren, the Boston Fed representative, further cuts to interest rates could actually be damaging to the economy and cause more of a downturn than the economy has been seeing. According to him, cutting down the cost of debt even more right before the economy enters a potential downturn, the world is going to be in much worse shape than it had been previously. Households and firms being leveraged in a downturn would result in them being unable to pay back and a number of bankruptcies, which could increase the rate of the recession and cause further damage to the economy.

Rosengren was also one of the two Fed members who were against the interest rate cut that happened in July. According to him, cutting interest rates is dangerous, especially in a situation when there is no direct recession yet, but only danger of one. He also said that he expected the GDP to grow by 2% over the year, even in the face of a slowing economy. Rosengren is a believer that the global economic slowdown should be remedied with the help of countries with a slowdown doing their best to ease the situation on their own. He believes they should not be looking to the US to do so. Although, it seems that Rosengren might not be aware of the entire situation, as countries around the world are already easing their interest rates and taking other actions to stimulate their economies. The interest rate cut would mostly be for the sake of the US economy, although a decision to do so early might not be beneficial to the economy in the current climate.

This comment by Rosengren comes after the president of the US urge the Fed on Monday to further decrease interest rates by another full percentage point, which would be a huge decrease. While it might boost the economy in the short run, a full percentage decrease would tie the Fed’s hand in the case of a recession, which will be coming as a result of the trade war in the mid or long term.