Home - Top Stories - Will cryptocurrency be ever officially adopted in Germany?
Top Stories
by Natalia Revishvili on October 29th, 2019

Will cryptocurrency be ever officially adopted in Germany? 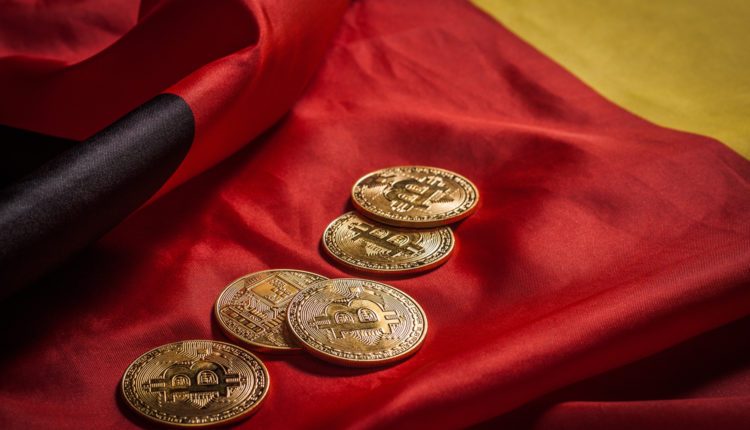 German has always been known to be a strongly developed country, as politically, so as economically. Technology adoption and innovation have also been a part of German culture for a while now. However, it is far from being one of the cryptocurrency leading nations like Switzerland, Japan, Malta, Singapore, or Luxembourg.

Nonetheless, we can still notice an encouraging cryptocurrency adoption. The government has already started pushing legislation papers that would ensure the improvement of adoption conditions for crypto on the market. This can prove that there is already a ground for Germany to become a leading crypto-nation. Moreover, some experts are positive that the country will become the most crypto-friendly place in the EU soon.

The current situation in Germany

“In Germany, there are currently approx. 800,000 cryptocurrency owners…this represents circa 1% of the total population but in the traditional key target group (aged between 20 and 45, tech-affine, male) adoption is around 8-10%.”

It is important to point out here that the Facebook adoption rate in Germany is only about 38%. Meaning that crypto has already taken a good position in its niche. Together with that, we can already notice the encouragement of cryptocurrency from Germany’s startups.

Unlike those, big corporations are still quite skeptical about cryptocurrency in general. Sandner commented:

“Besides such landmark projects from a few companies, the topic of crypto assets is largely not understood and traditional financial organizations are very reluctant approaching this new field.”

The good news is that there are some major measures already being taken to change the current situation. Among such, there is an upcoming regulation that is awaited to be established in January 2020, which will act as a legitimate permission for financial institutions to hold and trade cryptos after applying for BaFin license. Many think that this will significantly boost the adoption of crypto assets in Germany, especially among financial institutions operating in the retail sector.”

Yet another factor that can stimulate the usage of cryptocurrency is the Blockchain Strategy endorsed by the German government. The paper was published back in September and highlighted the main aspects of how the government is planning to nurture its crypto ecosystem in the foreseeable future.

“In September, the Merkel administration launched a national Blockchain Strategy, to pave the way to the token economy…The strategy is quite comprehensive and addresses a broad set of industries, research & development efforts, and even pilots for the use of blockchain-backed identification of citizens.”

Experts are sure that more utility tokens will gain popularity among big financial institutions after all of the measures above will be officially taken. And that does not only include already famous Bitcoin or Ethereum.

The wider adoption and harnessing of cryptocurrency- and blockchain-based technologies is only possible if all steps described above will take place in a distant future.

According to Coincierge, Bitcoin and Ethereum will be the first two cryptocurrencies to become widely used by banks and institutions in Germany. This opinion was also supported by Sandner, who stated that:

“A state-owned bank recently analyzed Bitcoin and came to the conclusion that it will soon be ‘as hard’ as gold when analyzing specific metrics.”

On the contrary, it is very unlikely that the German government will ever accept privately run stablecoins like Facebook’s Libra.

To conclude, there is a high chance of cryptocurrency (as well as blockchain) to become more popular in Germany in the upcoming years. That phenomenon, in turn, might be also followed by possible tokenization of securities, the emergence of a digital euro, and the growth of utility tokens.