Analysis of Dent coin and predictions for 2018 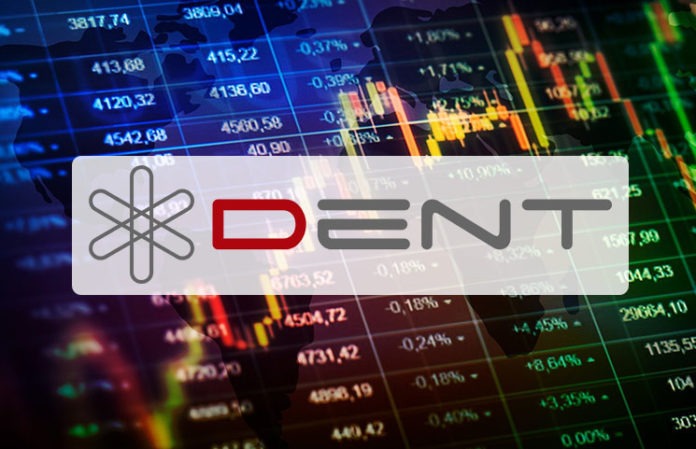 For a long time now, cryptocurrency users have been required to have a computer if they want to trade or just pay for a transaction. With the introduction of Dent Coin, this is no longer necessary. DENT is the first cryptocurrency which has dedicated itself to give users an exclusive mobile data exchange. The firm seeks to disrupt the world telecommunications industry as we know. DENT Wireless Limited, the company behind Dentcoin, launched a crowdsale in July 2017 which closed two weeks later.

How does DENT work?

DENT is a global company. It seeks to liberate the use of mobile data by enabling any person to sell or buy or even donate data using the now popular Ethereum blockchain. The developers of the currency want it to be the world’s global exchange eventually. DENT will make data pricing transparent and easy. This will increase the efficiency of purchase just as is the case in spots markets. One user will be able to exchange their package for a more suitable one especially because eSMSs are now more popular. This crypto will allow more people to engage via phone.

Over the past few years, mobile data has become very important and valuable. It’s a commodity that many people around the world rely on for their lives to be okay. Using the ecosystem of DENT, users are able to connect to one another using the Ethereum like blockchain. This way, users can sell or donate their mobile data allowances which have been unused.

How successful is it?

Just like the vibrant new cryptocurrencies of 2017 and 2016, DENT has made several efforts to revamp the crypto. In November 2017, connectivity to India and Brazil was improved in a major way when the firm extended its services there. That seemingly small step helped the company earn an extra 400 million users. Plans are still underway for the launch of the crypto in the USA and Mexico. Among the successes which DENT has achieved include partnering with Aquito to bring decentralized global mobile data exchange closer to over 500 million users. The developers are working very hard to make the mobile data exchange disrupt the already established Telco market.

The current market position and predictions 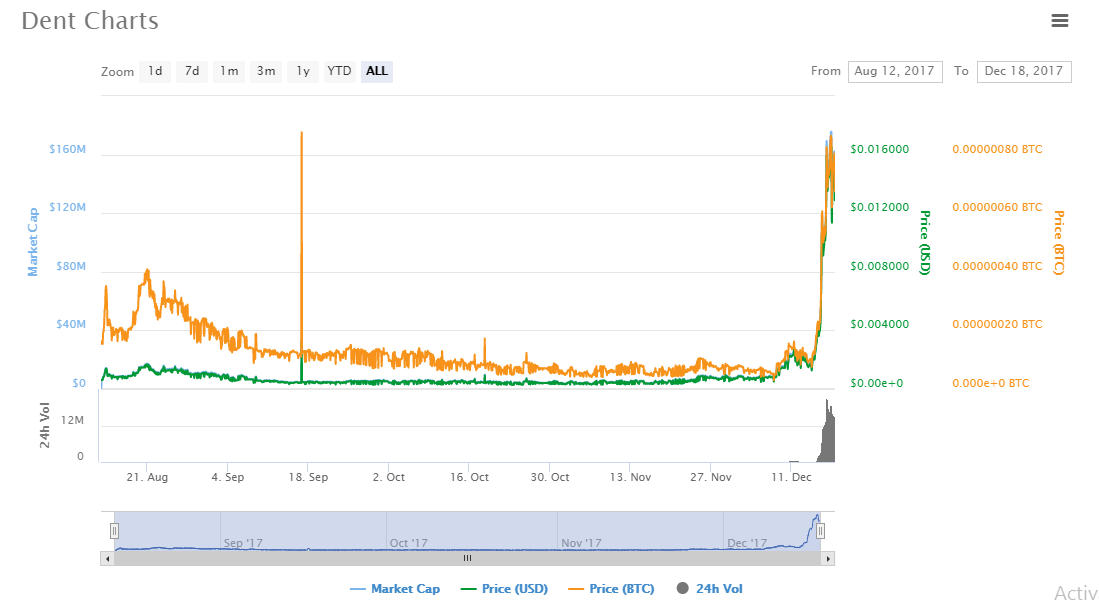 Using token sales, DENT seeks to raise 152,000 ETH. Considering its already sweet success, the company seeks to enlist other firms. The average price of the altcoin since Sept has been $0.0005. In early December, the price spiked to reach a new high of $0.016. The market capitalization of the coin stands at $159.5 million while the volumes moved on 17th December were $14.85 million. Like Potcoin and other performing cryptos, DENT seems like 2018 will be the year to finally take off.

Want to trade DENT? See if some of the best crypto brokers offer it!