The best performing cryptocurrencies of week 17 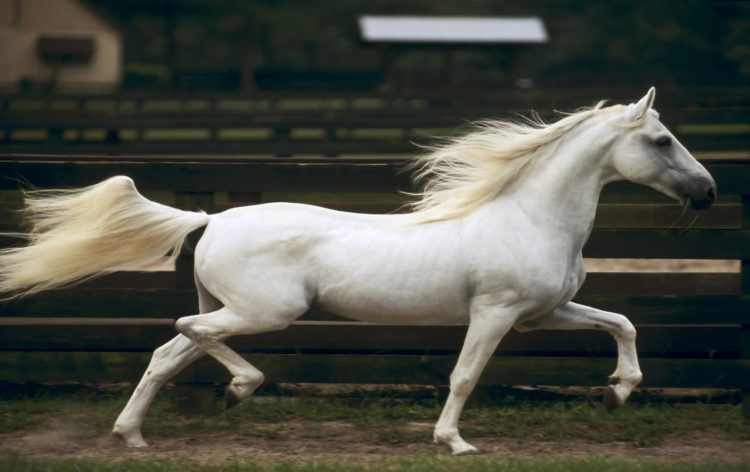 Cryptocurrencies are in a rally. In the past one month, the top ten major cryptos have gained by more than 75%. Bitcoin is comfortably in the $9,000 range while Ethereum and EOS are also gaining. Even though the crypto’s market is yet to reach anywhere near where it was in early January, it seems it is headed towards the right direction. In the past 7 days, cryptocurrencies have gained in value and their total market cap stood at $418 billion in the afternoon hours of Friday, April 27th. 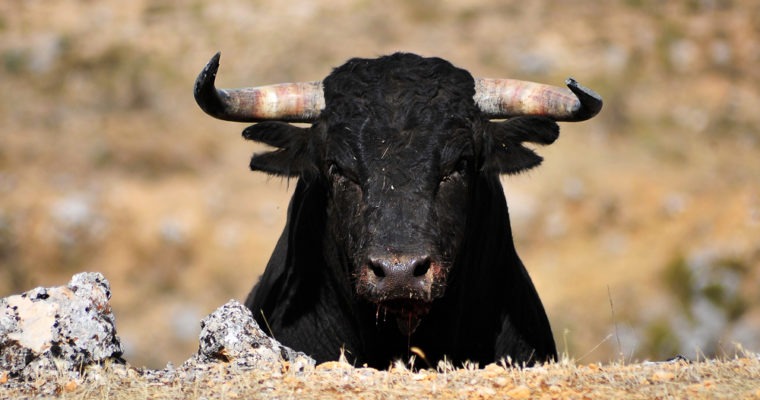 The top performing cryptocurrencies of the week

ZClassic crypto can be said to be on a recovery journey. In January, the crypto was going for anything above $200 but things soon turned sour and in March, the price plummeted to below $4. ZClassic is a crypto which aims to give maximum privacy to the sender, the receiver and even the amount in a transaction. The crypto uses the same source code as ZCash crypto.

In the past one week, ZClassic has risen from a low price of $5.8 on April 21st to reach a high of $37 on Thursday, April 26th. It closed the day at a good price of $36. It is one of the best performing cryptocurrencies given that its market cap rose from $30 million on Monday to close at a high of $92 million on Thursday. On Friday morning, the crypto was going for $21.2 which was a loss of 22% of its value. The 24-hour traded ZCLs were valued at $60.9 million and its market cap stood at $83 million. The crypto gained by more than 518% in a single week.

StarChain is one of the several cryptocurrencies that has been introduced to disrupt the entertainment industry. The project uses blockchain technology to offer artists a way to reach new audiences without losing rights over intellectual property. 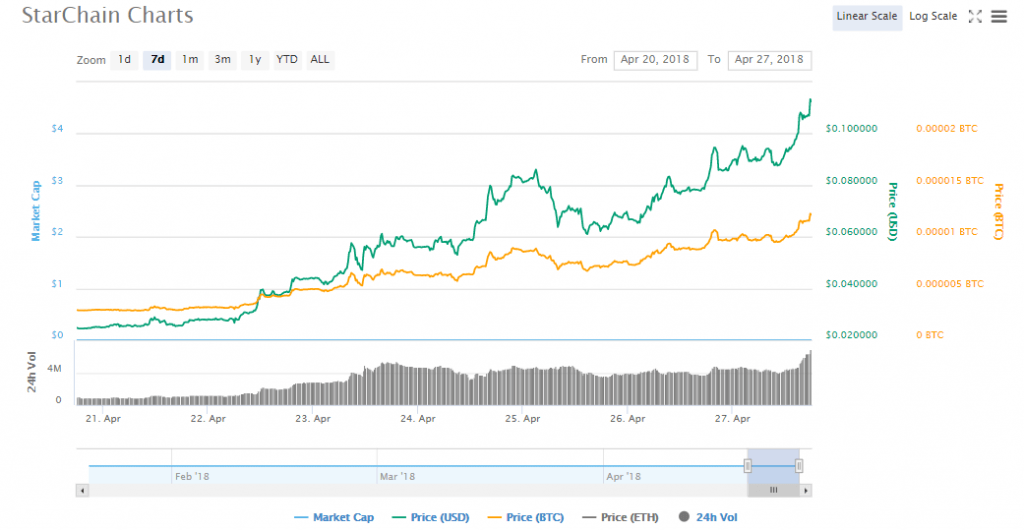 The crypto which is relatively new has been commanding an average price of $0.1 since January this year. On Friday, April 21st, the volume moved was $1.16 million. On Monday the volume surged to reach $4.5 million and it remained on a bullish streak until Thursday when the figure stood at $4.7 million. On Friday, April 27th, the price of the crypto was averaging at $0.106 which was a 34% gain. The volume traded was passing the $6.3 million in the afternoon hours (CET). There was no figure given for the crypto’s market capitalization. The gain in the past seven days for the crypto has been more than 268%.

OceanChain is another new cryptocurrency introduced in 2018. The project uses blockchain technology to offer a ‘one-stop-shop’ solution to all maritime trade issues. The crypto is designed to significantly simplify settlement of cross-border transactions. It also offers a trading platform which provides access to goods and services such as fuel. 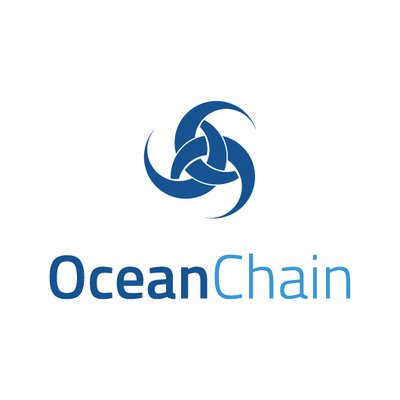 On Friday, April 27th, the price had climbed to reach $0.0164. The volumes traded on Friday, April 21st, were $2.6 million. However, in the morning hours of Thursday 26th, the volumes surged and the closing figure for the day was $23 million. The gain of the crypto over the week was 252%.

HMC is a cryptocurrency designed to disrupt the insurance industry. The market cap of the crypto on April 21st remained below $20 million until a surge in the afternoon the same day saw the figure pass the $31 million mark. The value went back to below $20 million soon after until Tuesday when it passed the $31 million mark again. It has since remained above $25 million. On Friday afternoon, the market cap was at $27 million while volumes traded were more than $5 million which represented a 203% rise for the week. The price was at $0.067 on Friday compared to $0.049 a week before.

Super Bitcoin is one of the relatively new cryptocurrencies and it promises to be an improvement of Bitcoin. The crypto is designed to help solve all the teething problems that Bitcoin has been experiencing hence making it the ultimate crypto. 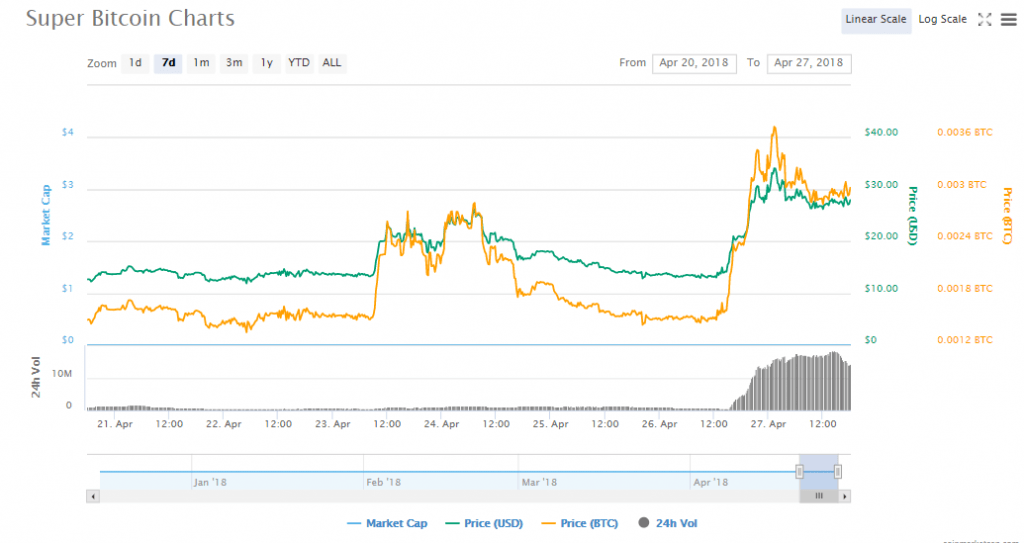 In the past one week, the SBTC crypto has risen from a low price of $12 to reach a high of $34 on Thursday, April 26th. The performance of the crypto continued on a bullish trend on Friday and it was at $27 point in the late afternoon. The volumes tell a more spectacular story though. On Friday, April 21st, the traded volume was $588,000. On Thursday, a week later, the figure stood at $17 million. The figure was still high on Friday at $14 million. The gain of the crypto over the week has been 143%. There was no figure given for the crypto’s market cap.