Home - Forex Analysis - Cryptocurrency - What is Binance coin (BNB) and should everyone invest in it?
Cryptocurrency
by Michael on March 14th, 2018

What is Binance coin (BNB) and should everyone invest in it? 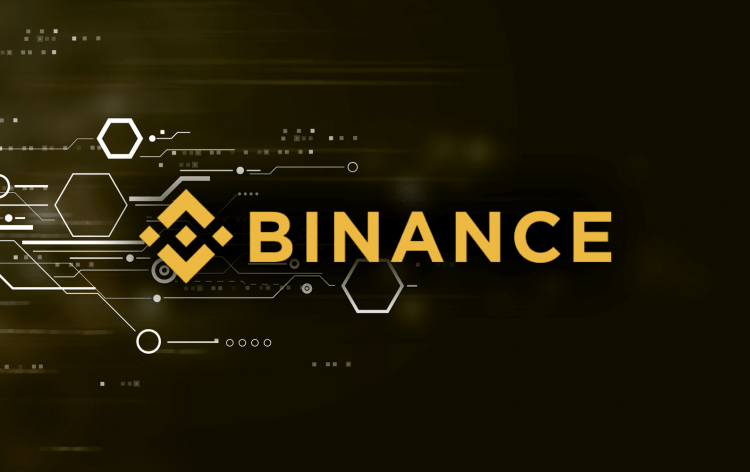 You may have heard of Binance Exchange. The exchange is currently the largest in the world with over $6 billion assets traded in 24 hours. The exchange attracts hundreds of thousands of new clients every other day. The exchange was launched in mid-2017. The ICO of Binance Coin whose ticker symbol is BNB was done around the same time the exchange was being launched. Over the last 8 or so months the coin has been around, its value and popularity have increased tremendously. As at 14th March 2018, the coin was ranked number 6 as the most traded cryptocurrency with a 24-hour volume of over $237 million.

What is Binance Coin used for?

Binance Coin is predominantly used on Binance Exchange. The altcoin is an ERC20 token which is built on Ethereum. 200 million BNB will be the total supply eventually. The founders of the altcoin designed it to perform a number of functions among them paying your fees on Binance Exchange. Even though you can opt to pay trading fees in any other cryptocurrency, you get a rebate on your fees when you use BNB. Traders and investors who use BNB get to enjoy a discount on their fees of 50% for the first year. In the subsequent years of trading, the discount reduces until the fourth after which you get no discount.

Over time, it is expected the value of Binance Coin will go down especially because of the decreasing yearly rebates. In an effort to deal with the depreciation of the altcoin, Binance has promised to destroy 100 million BNB of the 200 million. This should help counter the effect of decreasing discount hence making BNB more stable. Even though the main reason for BNB token is to facilitate in payment of fees, one can also use it to invest in specific ICOs which are launched on Binance. When such an ICO is completed, its tokens will be listed on Binance and this helps at creating a seamless marketplace on the exchange.

The performance of BNB

At the launch of BNB, the price was around $0.1 while its market cap was $10 million. As the popularity of Binance Exchange increased so did that of BNB crypto. By mid-Nov, the altcoin was attracting a price of more than $1.6 while its market cap was in excess of $160 million. Just like it was with Bitcoin, BNB’s value surged in December. However, unlike the major cryptocurrencies which reached their peak in December, BNB reached its highest price on January 12th with a price of $24.9. 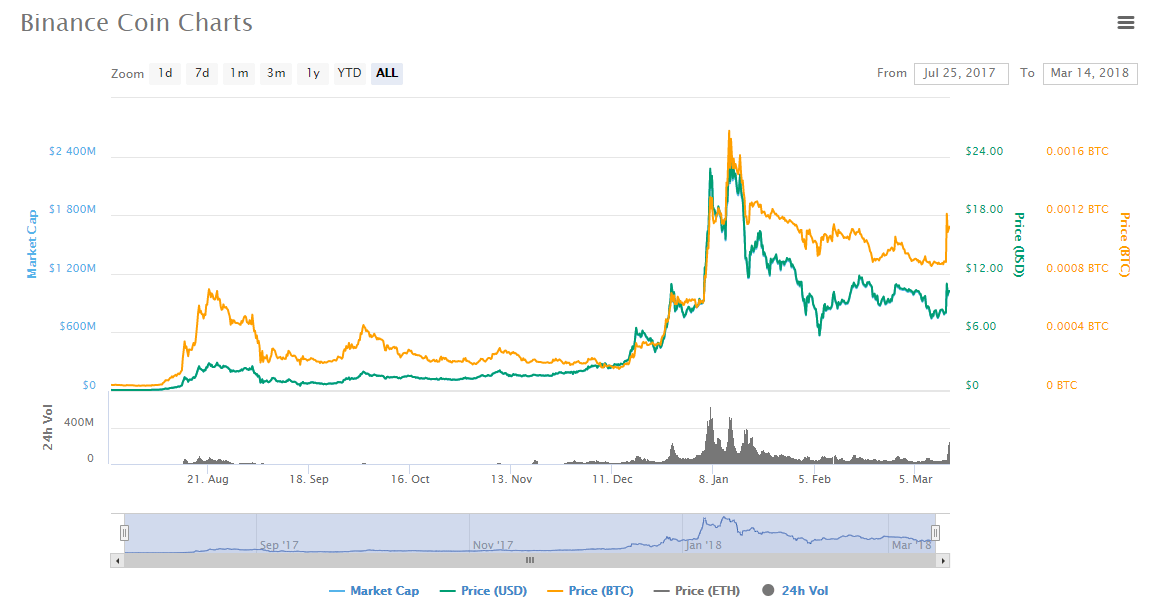 Even though the whole crypto market took a dip in February, BNB has been performing relatively well. On the morning of 14th March, BNB was going for $10.3. This represented a price surge of more than 26% from Tuesday. The volumes traded stood at $237 million while market cap passed the $1 billion mark.

Risks of investing in Binance Coin

The future of BNB

More and more people are investing in Binance coin mainly because the parent company is becoming the favored exchange in the world. The exchange is working hard to increase customer loyalty by marketing the crypto. Because of the dominance of the exchange, we can expect the adoption and the circulation of BNB to grow even more. Many of the investors, especially in the new ICOs will get the best ROI when they cash in on BNB rebates.