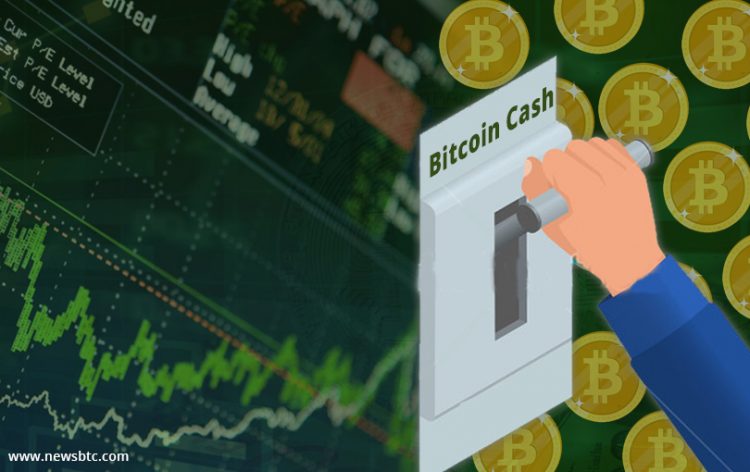 Volatility in the cryptocurrency markets is not new, but last Sunday’s price swings were enormous. Starting Friday, the 10th of November, the value of bitcoin cash rapidly rose from around $700 to an all-time high of $2,800 at the Bitfinex exchange. This high volatility brought a lot of confusion, even leading to a bitcoin cash freeze at several major exchanges. As a result, many investors lost potential profits, because the entire move happened in a matter of hours. Until today, these investors are still reeling from the losses and wondering exactly what happened.

What caused the rise of bitcoin cash value?

A hard fork on bitcoin’s code was expected to be completed some time in mid-November, around the 16th of November. The hard fork called segwit2x was supposed to improve bitcoin’s transaction capacity by doubling block sizes. However, an announcement on the suspension was made on the 8th of November, stating that the hard fork was too controversial.

Besides the inverse relationship with bitcoin, the bitcoin cash freeze could also be attributed to a hard fork set for last week. The hard fork of bitcoin cash was intended to ease mining difficulties, and investors were supportive of the mood.

Why was there a bitcoin cash freeze?

At Trading 212, the company suspended trading of bitcoin cash for just 10 minutes, but that was enough to cause losses of $13.2 million. Trading 212 initiated the bitcoin cash freeze due to the rapid drop in value of bitcoin cash lost about $800 in an hour. Such moves in the stock market would also have triggered a trading freeze, but there are no such rules in the cryptocurrency industry.