Is Bitcoin Halal or Haram? – The Big Question in Muslim Countries 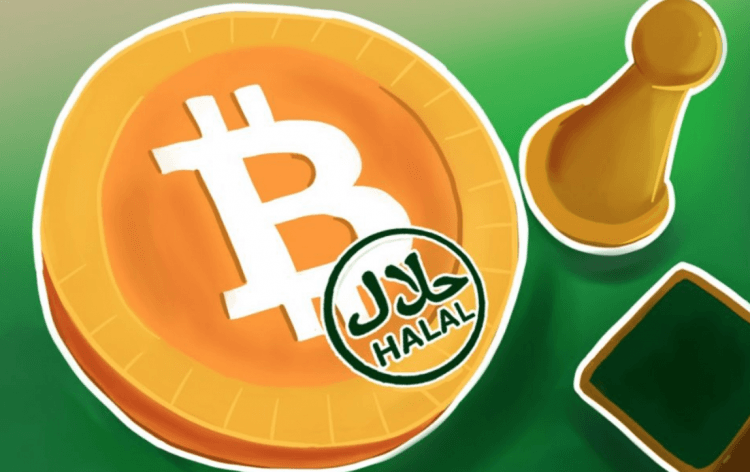 Is Bitcoin really money? The answer to the question can seem obvious to many. However, in Islam countries, there are specific guidelines on Islamic financial principles which people use to define what money is or isn’t. One will, therefore, need to ask herself whether Bitcoin is compatible and complementary with Islamic finance and banking law. We will explore every angle of Bitcoin with regard to Sharia laws.

Does Bitcoin have intrinsic value?

Sharia law says that a currency must have an intrinsic value. This means that money must have some use before it can be considered permissible. Any currency cannot be halal just because it is considered valuable by people. There are certain instances when financial institutions create currencies which are without intrinsic value. A currency must be backed by a commodity of actual value. Bitcoin isn’t. However, this doesn’t prevent it being counted as a currency or halal. Below are the reasons why it’s counted as a currency.

A basic understanding of Sharia-compliant finance

Sharia doesn’t allow the use of Riba (debt) based currency. The Islam law also forbids the charging of interest and the profiting from the interest which is paid out of loans. Islam does not believe money is a commodity but rather a means of exchange. A currency is considered halal (permissible) if it is deflationary in nature. This means that a currency should resist inflation and should command a steady market price. The Islamic law further forbids the use of a currency in haram (illegal) activities such as alcohol, tobacco, pork, and prostitution.

A currency which is based on interest and debt is called Fiat. Such a currency is haram. A transaction becomes Fiat if one party to the transaction is bound to gain unfairly more than the other. A transaction should be done on the spot and should be void of any speculation. It is, therefore, haram to trade currencies for speculative purposes.

Given that Bitcoin comes about because of a mining process, it can be compared to the olden day currencies which were physically mined. Its circulation in the future is predetermined. Miners get a proportionate value of the currency when they mine it. This serves to authenticate the mining process of the currency. Some people might argue that Bitcoin is not tangible a requirement for any currency under the Sharia law. Even though cryptocurrency has a great potential for growth, one can’t deny the fact that it can be verified using the Blockchain Management System(BMS). By extension, this makes it halal.

What are the Bitcoin critics saying?

There are some Islamic financial experts and Islam bodies who argue that Bitcoin is not really a currency like the rest. According to the Malaysian Fatwa Council, Bitcoin is not eligible to resemble silver or gold in the cyberspace on the basis of mere limitation or deflationary nature. They further argue that Bitcoin shouldn’t be used as a currency because of its extreme speculative nature and lack of an authoritative body to control it. Professor Dr. Monzer Kahf, an expert in Islamic finance in Qatar released a fatwa citing high chance of manipulation in the market and also low confidence in the currency. It is important to note that these opinions even though from authoritative persons were given in 2014 when the Bitcoin was not doing very well. A lot has changed since then. Also noteworthy is that they did not declare Bitcoin as impermissible.

When one looks into the Blockchain Management System (BMS) of the Bitcoin, it is easy to see how it conforms to the prohibition of riba (usury). The BMS also incorporates the principles of maslaha (social benefits of positive externalities). Because of the growing demand for the cryptocurrency, many financial institutions in the Islamic countries are embracing BMS. Firms in Indonesia, Malaysia, and several other countries are using cryptocurrency to transfer crowdsourced investments to small and medium-sized enterprises which need capital.

According to many academic papers, reviews, and expert opinions, Bitcoin is not incompatible with Islam. It is free from riba and it incorporates the principles of maslaha. It is definitely halal.