Blocktix (TIX); the altcoin that seeks to disrupt the ticket hosting industry 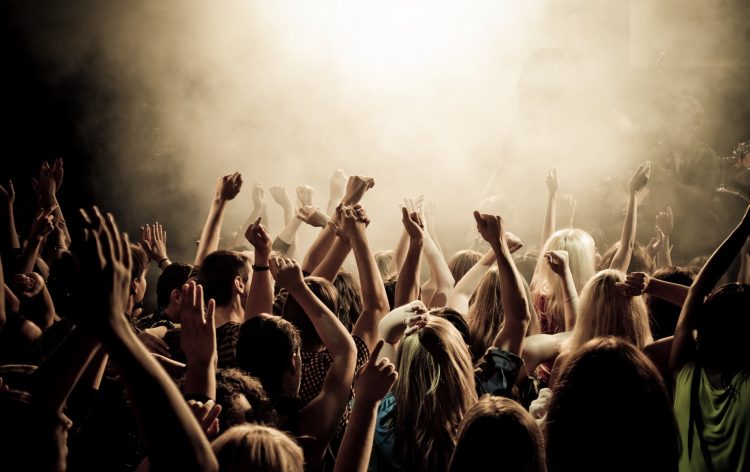 The event hosting industry is quite large. With over $1 trillion revenue generated yearly, it is easy to see why Blocktix cryptocurrency wants to disrupt the industry. The Ethereum-based altcoin is a decentralized solution which can be used to distribute, advertise and trade concert tickets, sports tickets, parties and all manner of tickets that one can think of. 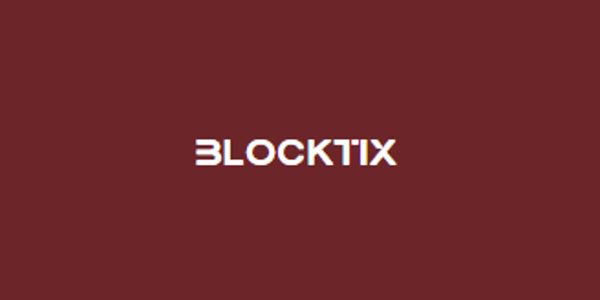 Blocktix platform is designed using blockchain technology whereby the transfer and ownership of tickets will be done safely and efficiently. Individuals and companies will be able to buy and sell tickets for any event with ease and cheaply. According to Blocktix team, the overhead cost for using the token will almost be non-existent. The costs of using TIX will be reduced by up to 90% hence giving the altcoin an obvious advantage over the contemporary ticketing system. Ticket sellers will eventually save thousands of dollars which would otherwise be used on surcharges and advertising.

How the Blocktix altcoin works

Ideally, a firm which wants to sell tickets should have enough number of the tickets it wants to sell. When a user possesses a ticket, they can sell the same ticket to other users within the platform. The currency used to buy the tickets is either TIX or ETH. The organizers of an event will use a smartphone to scan the QR code which corresponds to the ticket.

In order to popularize the platform, the team behind the crypto planned several concerts in California. The use of the platform is designed in a way that users can vouch for events which they know are legit. In addition, those hosting events will be charged a fee to discourage fake events appearing on the platform.

Can Blocktix disrupt the market?

Unlike many cryptos such as Ripple, Blocktix needs a very wide user-base, literally. This is because advertising and vouching for an event will be done on the platform. More than 200 million people attend events every year in the U.S alone. This is why the team initially planned to host some concerts in the U.S to help accelerate the adoption of the tokens. 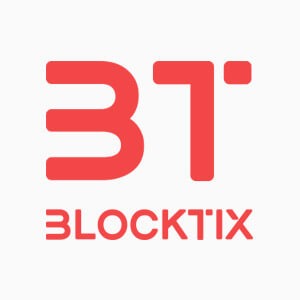 A user who buys and uses a ticket gets rewarded with Blocktix. However, it will be extremely difficult for users to scalp. While the platform will not collect information about users, it will be easy for users on the platform to see if a particular person is reselling their ticket at a profit. It will also be impossible to buy a ticket on this platform and sell it on another platform.

The performance of TIX

Almost immediately after the launch of the altcoin in September 2017, the price rose to pass $0.7. The price then evened out at around $0.18 until December when the Bitcoin craze hit. For the weeks that followed mid-December 2017, the price of the crypto rose to touch a high of $2.96 on January 5th. Like it has been the case with IOTA and Dash and other major cryptos, TIX has been losing value steadily for the past weeks. It was only on April 2nd that the token rose from $0.28 to reach $0.34. 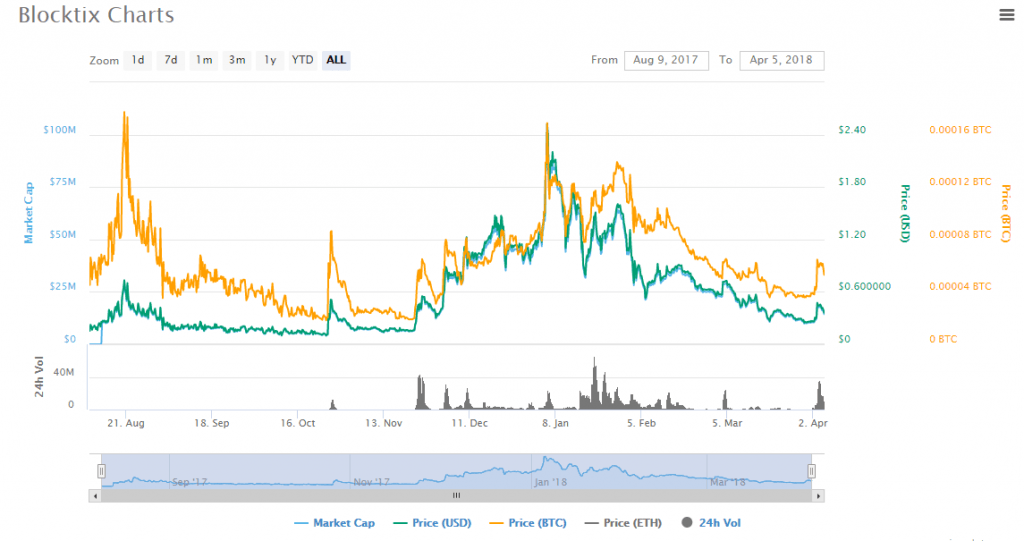 In the morning hours of Thursday, the token was attracting a price of $0.38. The volume traded surpassed $11 million hence making TIX token one of the best performers of the week. The market cap at the time was in the range of $15 million.

Blocktix is backed by a relatively strong community. Even though it is pretty new and its concept unique, this crypto might actually disrupt the event hosting market. It is, therefore, a good token to keep an eye open for in the coming months. However, its success depends on how many event hosts trust it and how many users get incentivized enough to adopt it.