Home - Forex Analysis - Cryptocurrency - LeaCoin has Passed a 2M mark in terms of volume, what is it and where does it go?
Cryptocurrency
by Michael on February 13th, 2018

LeaCoin has Passed a 2M mark in terms of volume, what is it and where does it go? 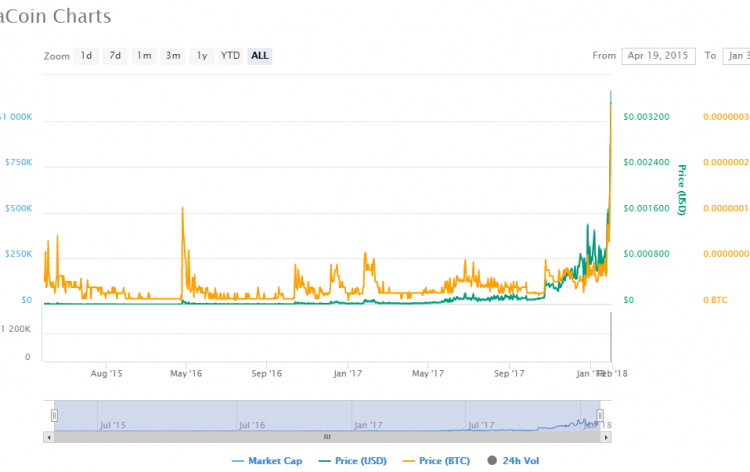 LeaCoin (LEA) is peer-to-peer cryptocurrency which was launched in mid-early 2015. It is a decentralized crypto which operates without any central authority breathing down its neck. The design of the coin is to enable instant payments to anyone and anywhere around the globe. LeaCoin is based on Bitcoin protocol. However, it is a bit different in that it offers its users faster transaction confirmation times (2 minutes on average). This coin employs proof-of-work (PoW) system which utilizes SHA-256 algorithm. This comes with an average block target of half a minute and the difficulty adjustments are done every 2 blocks. 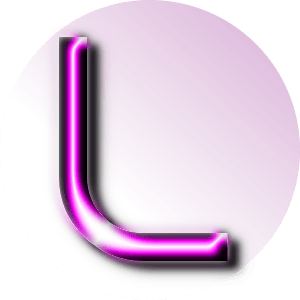 LeaCoin developers have set aside a donation of premined 10 million LEAs to needy children from all over the world. Over time, LeaCoin is scheduled to produce 2 billion minable currency units. Of this, 1 billion units will be produced in the first 5 years and the balance in the next 45 years. The currency is listed on 2 main derivatives exchanges.

LeaCoin is based on kids’ games. The founder of the coin actually dedicates the coin to his daughter who goes by the name Lea. On the official website, the coin is portrayed as a kids’ game oriented coin. You can access your LEA coin by using any of the five links provided on the cryptocurrency’s website.

LeaCoin has passed the 1 million mark 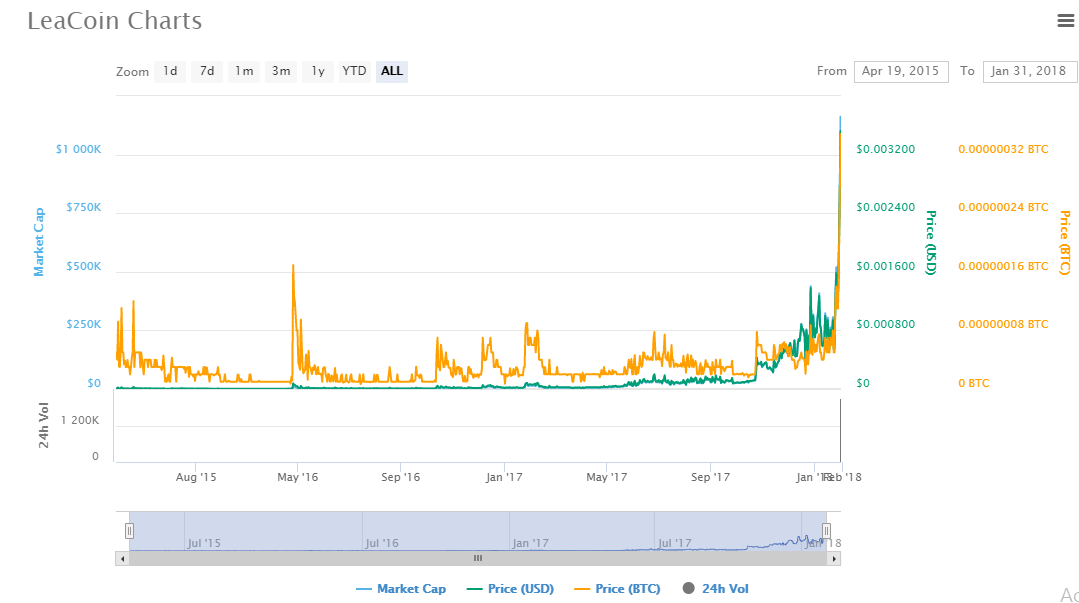 LeaCoin is currently one of the fastest growing coins. Unlike Bitcoin which saw its price dip further to close at $10,106 on 30th January, LEA is gaining at a very fast rate. Investors have started embracing other cryptos other than the traditional big ones. Traders seem to be looking more at what a crypto has to offer than what the trendsetters behave. While the LEA alternative coin is gaining a lot of favour from investors, the developers of LEA should look at a number of things which might make the crypto less popular in future. The next few weeks will be as critical to LEA altcoin as they will be for the major ones.