Does NuBits (USNBT) pose a real threat to fiat currency? 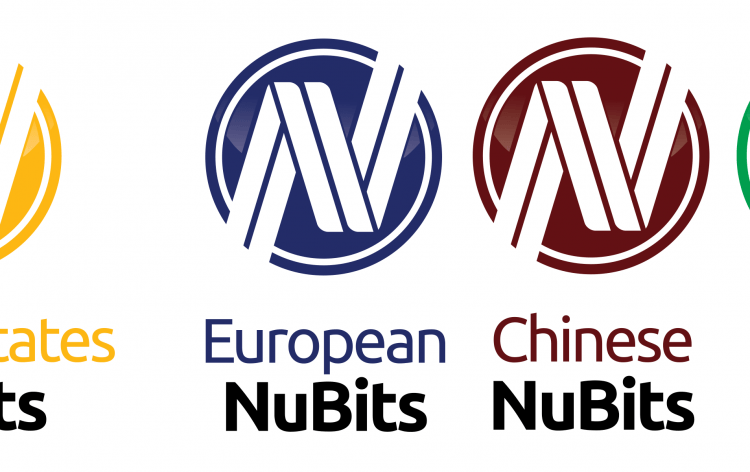 NuBits cryptocurrency which carries ticker symbol of USNBT is a stable-value digital currency which is issued by a DAO – Decentralized Autonomous Organization. The crypto is meant to be used as an everyday currency and not to be hoarded or used for speculative purposes. Unlike Bitcoin, NuBits is pegged to the dollar. Every 1 USNBT is supposed to be equivalent to $1.

NuBits is designed to be cheap to spend and this makes it a viable alternative to credit cards. There are no vendor fees associated with the crypto. Moreover, it doesn’t attract chargerbacks which are normally associated with credit cards. The crypto is designed to make it easy for merchants to integrate it into their systems without having to worry about fees. According to NuBits team, the crypto is very stable, practical and versatile unlike any other altcoin in the market today. 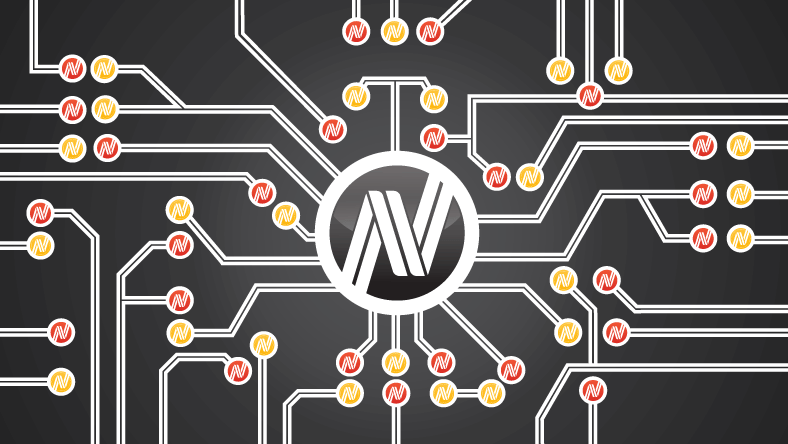 How does NuBits work?

The price of NuBits is supposed to be always $1, or at least most of the time. There are instances when the price will go above or below $1. This will require that more USNBT coins be generated to be dumped into the market until the price goes back to $1. When the price has declined below $1, the team generates more coins which help create a buy wall and which stops the price from falling any further. The new coins generated are used to reward the USD liquidity providers.

NuBits proposes to create demand for the crypto by offering interest on ‘parking’. Parking means withdrawing coins from circulation for a given period of time. In return for withdrawing the coins, NuBits offers a certain percentage of interest in return. 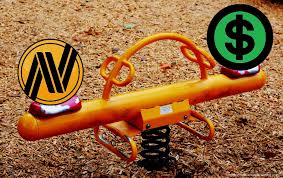 Going by the history of USNBT, one can see why some crypto enthusiasts are skeptical about the NuBits concept. Since it was launched in August 2014, USNBT traded at its target peg price of $1 for nearly two years. In mid-2016, the price of the coin dropped to a new low of 20 cents. It wasn’t until September 2016 that the peg was re-established. Following NuBits’ concept of controlling the price of the coin, the number of USNBT coins was reduced from 700K to 150K. Of course, this caused a major clamor within the NuBits community.

Unlike major cryptocurrencies which rely on the market forces to set the price of a coin, NuBits achieves price stability by granting coins to custodians. These custodians are supposed to ensure the stability of the price by issuing buy and sell orders on the open market. In the past, members of the community have questioned not only the performance of the members but also their motives and intelligence.

Other than in June 2016 when USNBT collapsed to touch a low of $0.2, the price of this crypto has been slightly more or less $1. The small fluctuations like the one experienced in Dec. 25th 2017 is quickly corrected by the NuBits team. As expected, the value of USNBT in BTC has steadily been falling over the years. Currently, one USNBT is equivalent to around 0.0001087 BTC. On December 21st, 2017, the market cap dropped from $0.9 million to zero only to come back on January 4th at $12 million. 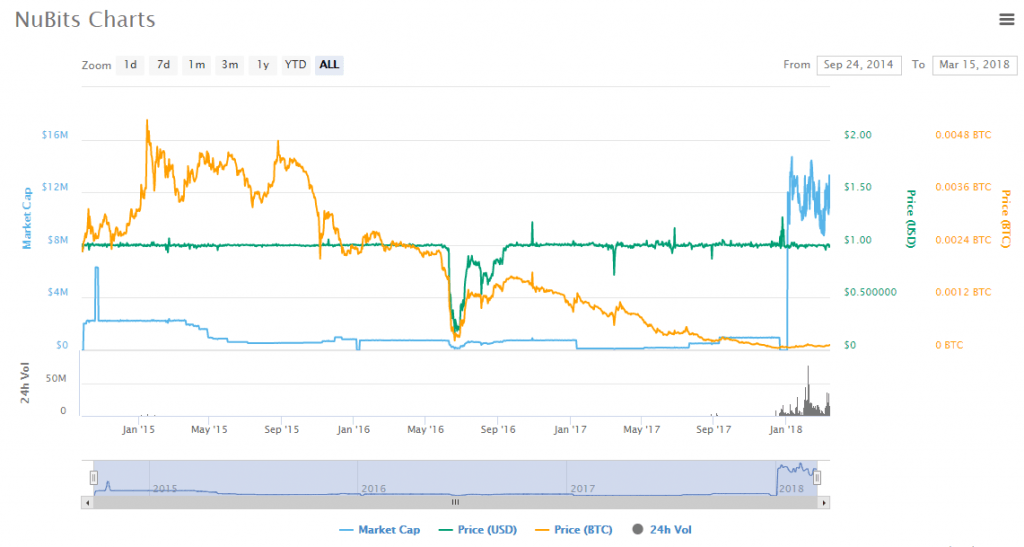 Even when the price of altcoins such as IOTA and Ripple was dropping on February 6th, USNBT remained around the $1.03 mark. On March 14th, the coin closed at $0.992. According to coinmarketcap, USNBT ranked number 9 in 24-hour traded volume on Thursday at $32 million.

Does it pose a threat to the fiat currency?

There are many challenges which NuBits team need to deal with before USNBT can be considered a serious threat to the fiat currency. With more supply of crypto coins, the number of the coins being sold will also increase. This will certainly create pressure on the value of the currency.

With Bitcoin, scarcity of BTC leads to increase in value. NuBits wants to be destroying coins so as to decrease their number and also to create scarcity in an effort to control price. Moreover, raising transaction fees as NuBits suggests doesn’t make sense because one of the benefits cryptos sell is low transaction costs.