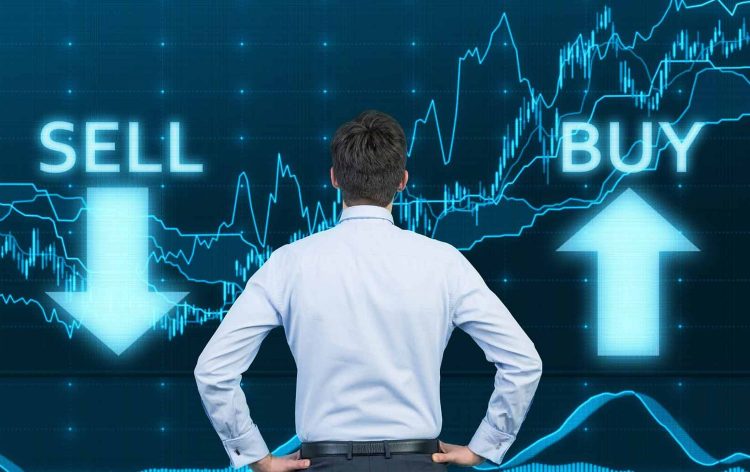 On Friday, April 6th, Bitcoin closing price was $6,600. The performance of Bitcoin has been good given that it hasn’t closed below $6,600 in the past week. In the morning hours of Friday, April 13th, the crypto crossed the $8,000 price. This positive performance can be said of many altcoins including Ethereum which was trading in the range of $370 on 6th but has since appreciated $513 on the 13th of April. The same case goes for Litecoin and Ripple.

There are, however, those cryptos whose gains shadow what these major cryptocurrencies achieved in the past seven days. There is Bubble crypto which has gained 500%. Here, we are going to look into the cryptos that gained the most but whose volumes were well above $2 million. This means that Bnk of TheFuture, Fusion and Hexx will be skipped.

The best performing cryptos of week 15

Mithril is an Ethereum-based token which is used on the Mithril social media platform. It is a platform where users earn tokens when they create content. Through a process referred to as ‘social mining’ by Mithril team, users get to earn on the network as well as interact with each other.

In the past week, Mithril has topped the charts as the highest performing crypto in terms of volumes traded. On Friday the 6th, the crypto saw a volume of slightly more than $10 million worth of MITH tokens traded. The market cap stood at $70 million then. On Friday 13th, (1130 hours CET) the MITH tokens traded in the past 24-hours were worth $437 million. The price of the crypto had spiked in the past 24 hours to trade $0.67 up from $0.51 it closed at on Thursday, April 12th. The gain over the week was 285%.

The company behind Golem cryptocurrency is based in Poland. The project is aimed to allow users of the network to transfer parts of their computers to the global system. It will be a market of some sorts where people across the world will be selling and buying computer parts from each other. The crypto is Ethereum-based. 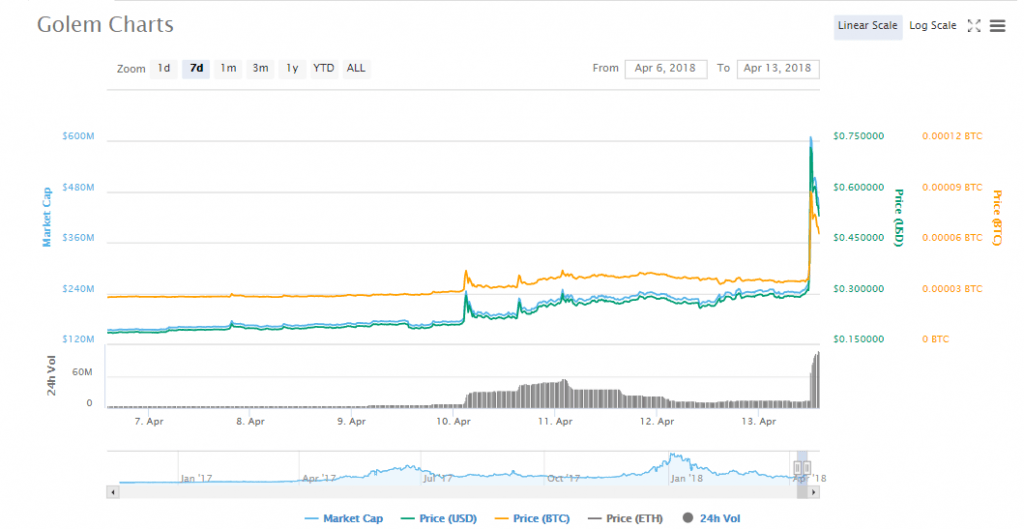 CloakCoin was launched in 2014. It is a crypto whose agenda is to improve the efficiency with which transactions are executed on a blockchain. It is also very fast compared to Bitcoin as only 60 seconds are required to come up with a new block.

From a price of $4.87 on April 6th, CloakCoin has appreciated throughout the week to close at $8.7 on Thursday. On Friday 13th, the price of the crypto surged to reach a high of $11.37 which is a gain of more than 33% in 24 hours. The traded volumes spiked on Friday to $3.89 million. The market cap of this crypto stood at $58 million at the time of writing.

Wanchain team seeks to build a new distributed infrastructure of digital assets so as to come up with an improved framework. The crypto is designed to connect and exchange value between different blockchain ledgers on the blockchain network. 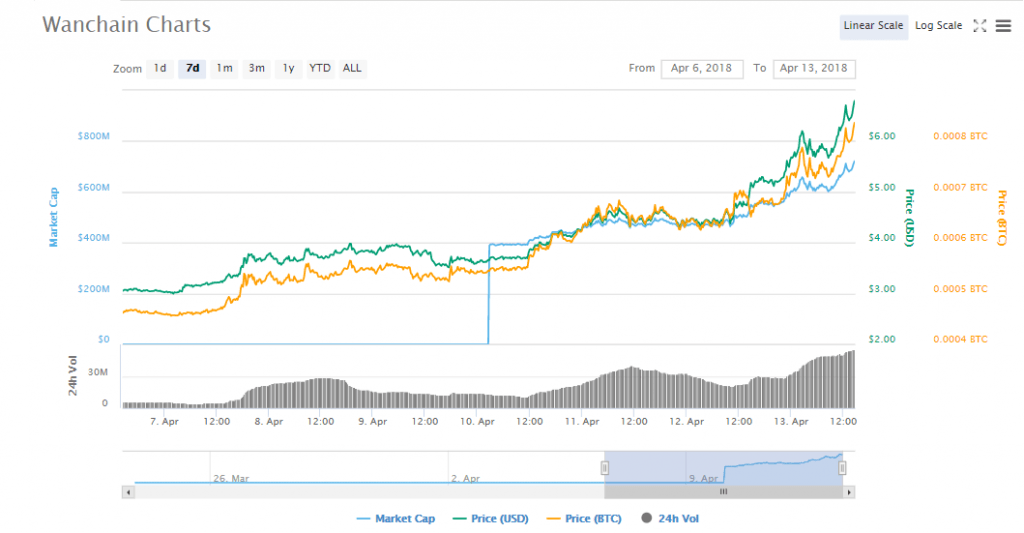 Over the week, Wanchain token has gained in value from $3.02 on 6th April to a high of $6.25 on Thursday. The price rose further on Friday to reach $6.47 which is a 32% gain in the past 24 hours. Over the week the crypto gained with more than 110%. A week ago the 24-hour traded volumes were $5 million and one week later it was $54 million. The market cap for the crypto was passing the $686 million mark Friday.

This crypto is a distributed self-maturing and cloud-computing grid. It is Ethereum-based and can be used on a wide range of commercial transactions. 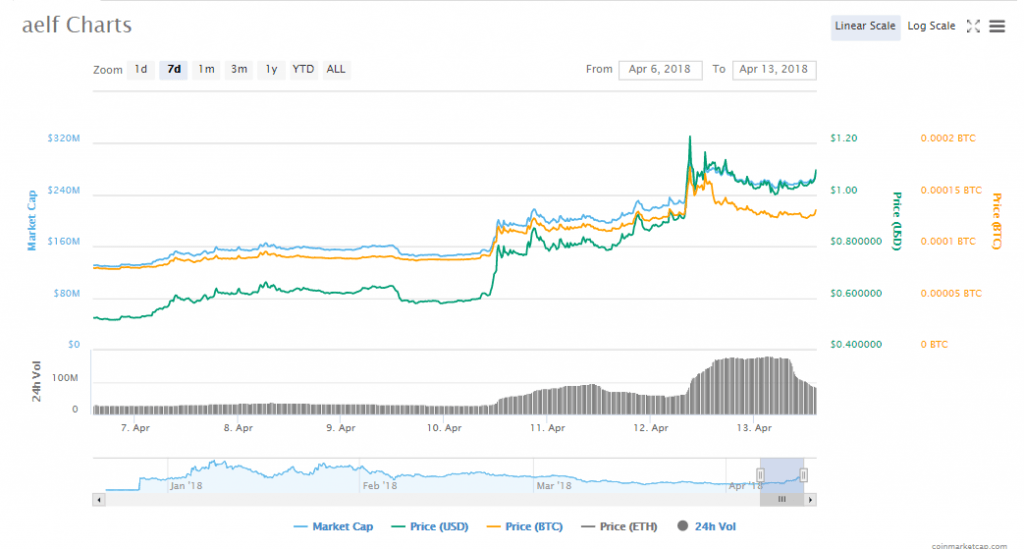 The closing price of the crypto on 6th April was slightly above $0.5. Over the week, it gained in value to close at above $1.0 on Thursday. The volumes traded spiked on Thursday from $59 on Wednesday to $180 million on Thursday. At around (1200 hours CET) Friday, the price of the token was going for $1.06 while the volumes had dropped to $86 million. The market cap at that time stood at $264 million.