Home - Forex Analysis - Cryptocurrency - What is Po.et (POE) altcoin and should you invest in it?
Cryptocurrency
by Michael on April 14th, 2018

What is Po.et (POE) altcoin and should you invest in it? 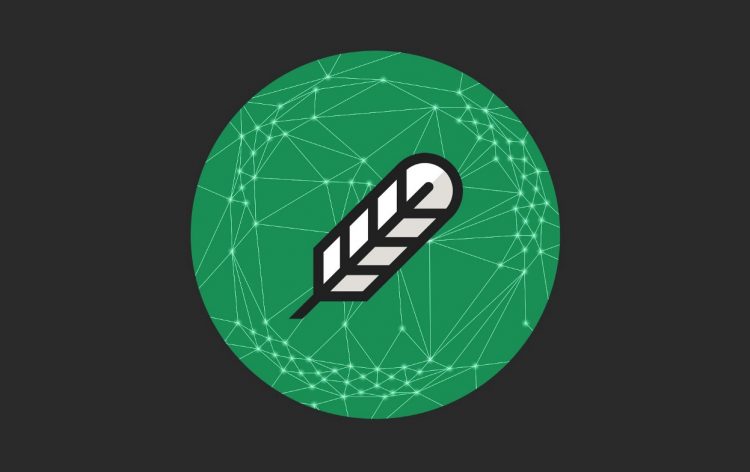 Po.et crypto is one of the many cryptocurrencies launched in 2017. It is an Ethereum-based decentralized ledger which is designed to track and manage the ownership, and attribution for any creative digital media assets. The crypto’s ticker symbol is POE. Unlike many major cryptos, Po.et uses proof-of-existence which is a non-financial blockchain application created in 2003. 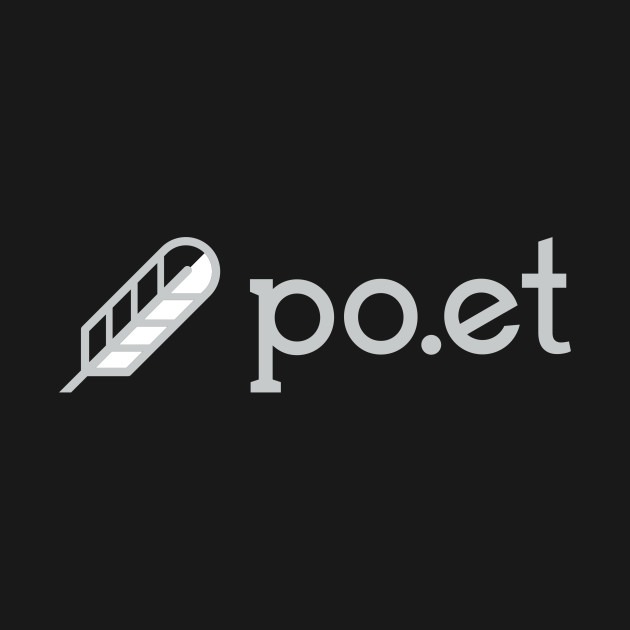 The core objective of the team behind this crypto is to simplify the processes that go into publishing, licensing and authentication of a digital asset. By using blockchain technology and also time-stamped metadata for attribution and licensing, the team wants to create a verifiable record of digital assets. This record will bear an extensible metadata format which will make it very easy for smart media apps to access and also license these digital assets.

The ICO date was set to be between early August and September 2017. The company behind the crypto is called Po.et Technologies Ltd and is based in Singapore. Even though the company said that their goal was to raise $10 million in the ICO and 50% of the tokens were available for sale, many people never got a chance to participate. The ICO process was hampered by a technical hitch which forced the team to postpone the whole process by several hours. Even after postponing, the whole ICO process was unclear, at least to most people. There was even a private allocation of 2% of all tokens to a single investor who promised the team that POE would be listed.

The performance of POE token

Until mid-December 2017, Po.et cryptocurrency was trading at below $0.01. But then the Bitcoin craze happened and the price started climbing. Even though the token reached $0.05 when Bitcoin was reaching a climax, it wasn’t until January 5th that the token touched its all-time high of $0.28. The volumes traded on that day totaled $180 million while the market cap stood at $402 million. 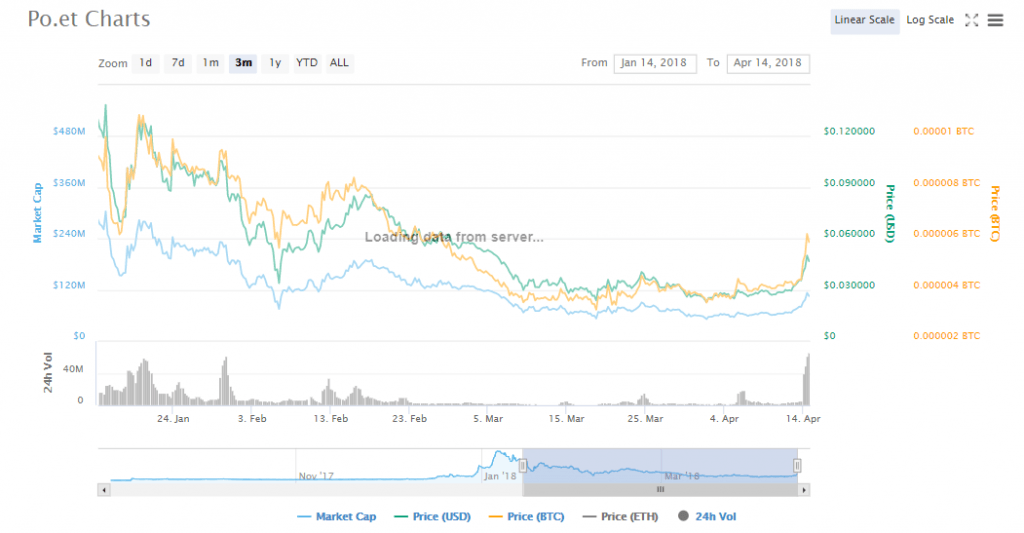 On February 6th when Bitcoin shed value to trade for $6,000, Po.et token just dropped by a small margin. On February 5th, the token reached a high of $0.061 and on 6th, the closing price was $0.0549. The value of the crypto dropped in value just like the major cryptos in the market. However, the crypto has managed to stay above $0.02 in 2018. On April 12th, the closing price was $0.042. The traded POE tokens were worth $43 million while the market cap on that day stood at $75 million. On Saturday, April 14th, the price of the token rose sharply to reach $0.046 while the market cap was $104 million and volumes passed the $65 million point. In the volume category, it was one of the best performing cryptos in week 15.

Should you invest in the crypto?

Po.et cryptocurrency is based on a very strong concept. The company has definitely found a niche to exploit in the publishing industry. All that remains for the team to gradually recruit publishers. According to Po.et, they are already working on a way to integrate WordPress with its blockchain. Other than the big question what really happened during the ICO, the crypto seems to be fairing on well. It is a good crypto to consider especially now when it is in a bullish streak.