Home - Forex Analysis - Cryptocurrency - Is it possible that Bitcoin (BTC) is still substantially overvalued?
Cryptocurrency
by Michael on April 4th, 2018

Is it possible that Bitcoin (BTC) is still substantially overvalued? 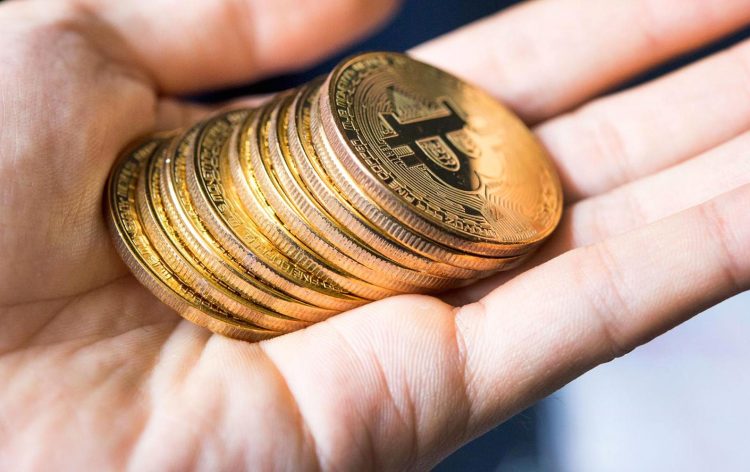 In 2017, Bitcoin meteorically rose by more than 2,220% to touch a high of $20,000. Come 2018 and cryptocurrency, in general, are in a persistent slump. A majority of investors and speculators who bought BTC after late December 2017 have lost money. One cannot then help but wonder, is Bitcoin worth buying now? 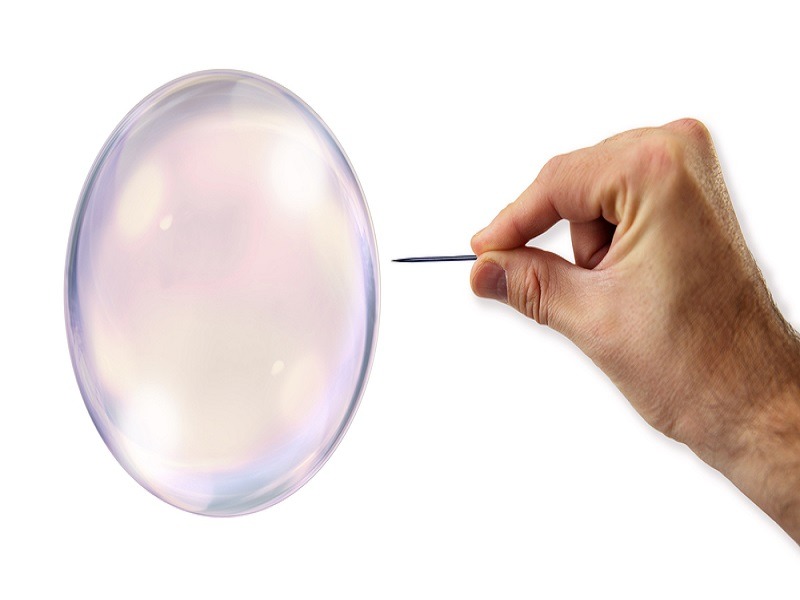 Researchers at ETH Zurich say that the value of Bitcoin is basically based on the network of the people using it. According to the researchers, Bitcoin is overvalued. Their view is based on historical data of Bitcoin and other assets. They used a modified version of a model that assigns networks a value which is proportional to the square of the number of all active users. They also used a formula which captures how speculative bubbles evolve and grow. In the end, the researchers from the university were able to point out that the value of BTC and cryptocurrency in general rises with user-participation.

When historical data was pulled, the researchers say that they can now track and speculate future crashes better. By using the model, the researchers were able to determine that the fundamental value of Bitcoin especially at the end of 2017 was heavily exceeded by bubbles that had previously grown and burst.

In their current analysis, Bitcoin market cap should be in the range of $22 and $44 billion. Currently, the market cap is four times higher.

The current position of Bitcoin

On January 1st, 2018, Bitcoin commanded a low price of $14,112. To many speculators and investors, this was a shockingly low price given that only two weeks before the crypto was enjoying a high of $20,000. Little did people know that BTC and crypto coins, in general, would drop further. BTC has never really been able to shrug off the downward trend since January. As at 3rd April, a low of $7,072 was touched by the coin. Market cap at the time was $120 billion while traded volume was $5.5 million. The price was hovering around $7,120 at 1100 CET on Wednesday. 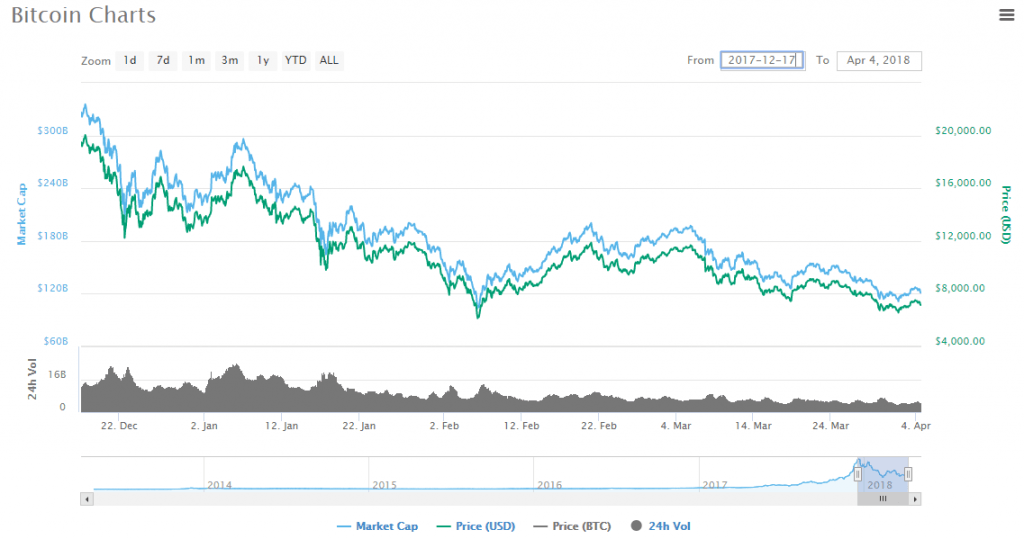 Does Bitcoin have a bright or bleak future?

For the people holding Bitcoin after having bought the crypto any time after the end of December 2017, they are in trouble – at least, if they are looking to sell. The story is even harsher for BTC holders who bought using their credit cards as they have to endure the interest in addition to BTC losing value.

New adopters of cryptocurrency are still trooping in but at a declining rate. This coincides with governments around the world such as China, India, South Korea, and the U.S taking a tougher regulatory stance at crypto. Many governments are also taking a closer look at the crypto for tax reasons. This doesn’t help BTC especially because it appears more people are willing to sell and watch rather than buy and wait.

Bitcoin, Ethereum, and many other cryptocurrencies have a role to play and a place to occupy in the world, but maybe not as sparkling as it seemed in December 2017. Moreover, many of the cryptos and ICOs seek to solve real-life problems. However, as things stand now, you will be able to buy any crypto you want at a significantly lower price in the not far future.