Home - Forex Analysis - Cryptocurrency - A look at Refereum (RFR) altcoin and its analysis for 2018
Cryptocurrency
by Michael on May 5th, 2018

A look at Refereum (RFR) altcoin and its analysis for 2018 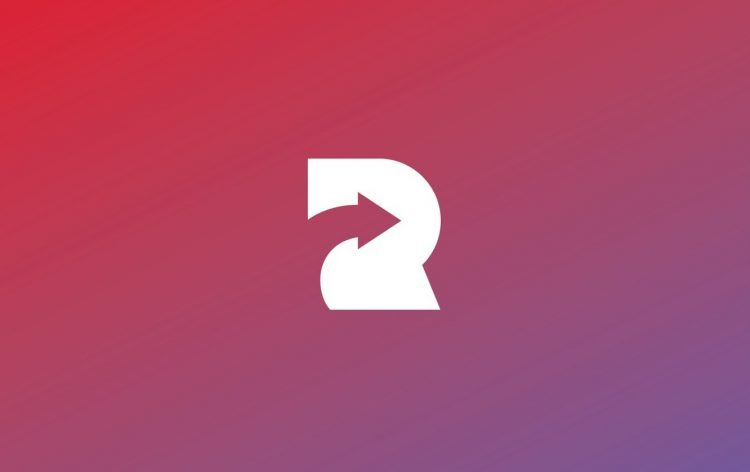 Refereum is one of the relatively new cryptocurrencies in the market. It is a platform designed for direct interaction between game developers, gamers and influencers. The interaction is tailored to address the problem of ineffective advertising campaigns. It is also meant to increase the marketing return on investment (ROI) for the game developers. Like a majority of the crypto projects, Refereum platform is decentralized with the sole aim of connecting developers of gamers, streamers, and gamers. 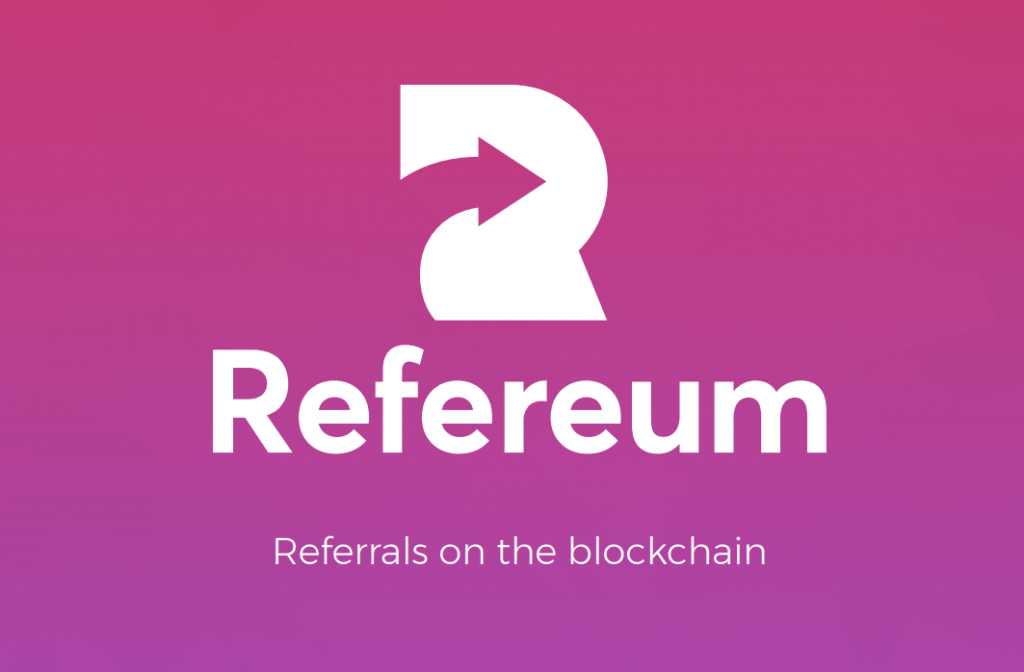 According to the official website of the Ethereum-based crypto whose ticker symbol is RFR, gamers stand to earn rewards for doing what they love. Developers will enjoy minimized costs of distribution while influencers will enjoy maximum influence with any number of followers while incurring no legal or set-up costs. Refereum crypto offers users a simple platform to purchase their crypto coins. The platform rewards individual people and not corporations. Anyone can make money by playing video games. It is also worth noting that the platform eliminates barriers for developers by using blockchain technology.

Normally, game developers try to stimulate and reward players for the recommendations of games. However, the mechanisms through which this can be done are obsolete and very expensive. Refereum resolves this problem by using an open-market approach which scales through an influential person, country, language or platform.

The team behind the crypto has implemented several lines of Refereum code into the already created games. This makes it possible for the Refereum tokens to be used as an intra-game payment medium. Influencers who opt to work with the platform can choose their job from the game studio and then get paid using RFR tokens for every user who has installed the game. Even the user who installs the game gets RFR tokens as a reward. According to the official website, the full functionality of the main Award.Network will come into effect before 2018 ends.

Incentives on the Refereum platform can be customized and can also be broadcast. The platform allows any end-user, marketer, and influencer to receive information about transparent rewards for games on the blockchain. This system guarantees transparency and fairness as well as security.

The RFR token in the exchanges

After its launch, the Refereum token reached a high of $0.032 in early March before dropping to below $0.01 in the few days that followed. Just like it has been the case with Bitcoin and other major altcoins, RFR token has maintained a stable but bullish stance for the better part of March and April. It is important to note though that the crypto has touched a low of $0.005 on several occasions in the said months. On May 4th, the crypto closed at $0.0176. The price of the token in the morning hours of Saturday, May 5th, was averaging $0.0177. 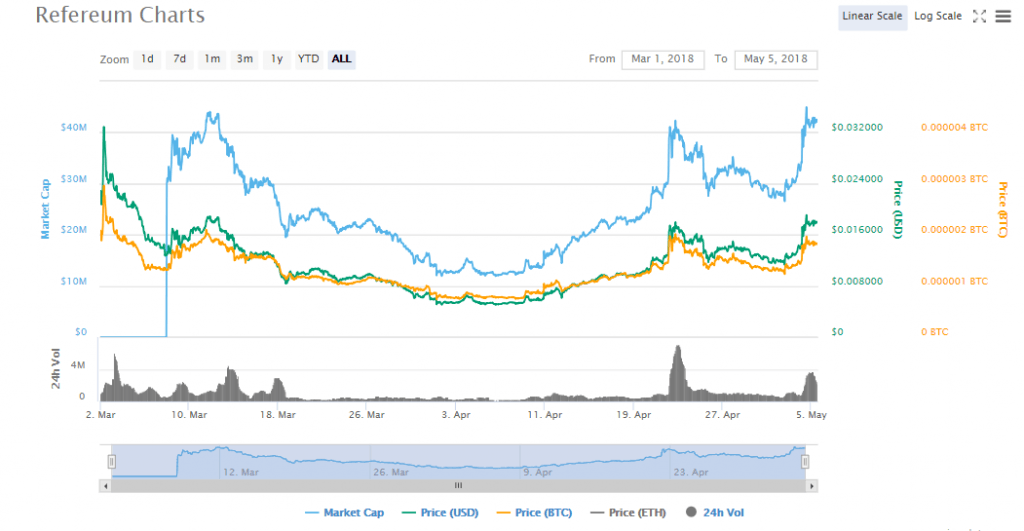 The 24-hour traded RFRs have been fluctuating since the launch of the token. On March 7th, the figure was $537,000 and six days later it was $3.6 million. In early April, the volume was at $240,000 while on April 22nd the figure rose to $6.9 million. The volume was at $2.2 million on Saturday morning, May 5th. The market cap, on the other hand, has been a bit stable and it was at $41 million on Saturday morning up from $33 million the previous day.

Refereum cryptocurrency is designed to make an incentive system for gamers and streamers. At the same time, it allows developers to pay gamers and streamers. It is supposed to be an ideal ecosystem where everyone gains. Like it is the case with many cryptos during or after their ICOs, there were several complaints regarding the way the ‘bounty rewards’ were allocated by the Refereum team. Still, the team behind the project is well-known in the crypto world while the whitepaper explains a lot of the technicalities about the project. This makes Refereum one of the cryptos to keep an eye open for in 2018.