Home - Forex Analysis - Cryptocurrency - What is SingularDTV (SNGLS) altcoin and its analysis for 2018
Cryptocurrency
by Michael on April 11th, 2018

What is SingularDTV (SNGLS) altcoin and its analysis for 2018 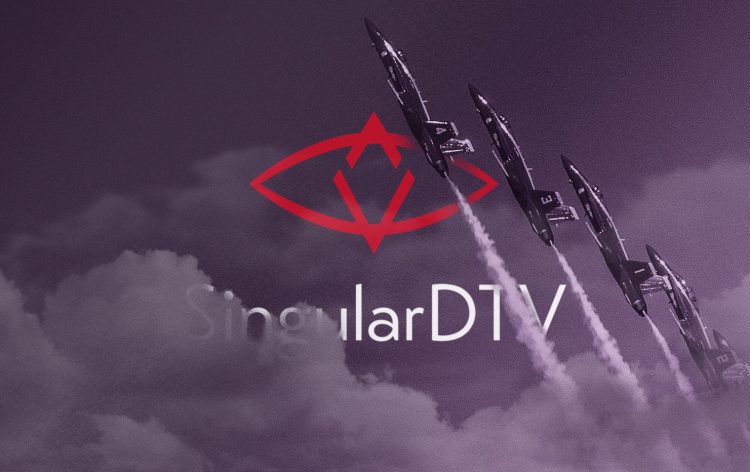 SingularDTV is a content creation firm which has a distribution system based on Ethereum blockchain. SingularDTV’s business model is ‘core-organized distribution entity (CORE). This means that the business is crowdfunded but has a centralized management and non-participating, decentralized, token-holding members. The aim of the firm is to create high-quality TV, motion picture and creative content. It also aims to disrupt the creative industry by creating a smarter business model where transparency and fairness are core practices. This will especially be important for upcoming and struggling artists.

What is SingularDTV cryptocurrency?

SingularDTV which is based in the US wants to give back control to content creators of the entertainment business. It wants to achieve this through its SNGLS token. Unlike major cryptocurrencies, SNGLS token which is an ERC20 will be used as an expression of intellectual property. The digital currency will be also used as a utility token. It will be used to operate most of the apps which are found within the SingularDTV ecosystem. The token will also be used as the gas which triggers smart contracts.

The modules or apps within the SingularDTV

The following are the modules which are already set up under the ecosystem. There are other modules under development.

How does SingularDTV work?

SingularDTV concentrates on artists’ ability to work outside the traditional media structure. In many instances, content creators in the industry are the ones who receive the crumbs while other people who contributed very little to the project get the lion’s share. With this cryptocurrency, musicians, content creators, writers and dancers can monetize and protect their own work.

According to Zach LeBeau, SingularDTV CEO, artists will have no challenges with respect to generating and controlling their profit in the near future. With this crypto, no gatekeepers or intermediaries will stand in the way of artists. The artists will even have control over how their content is distributed.

The performance of the SNGLS token

Upon its launch in 2016, the token commanded an average price of $0.009 for the entire year. In July 2017, the crypto reached a high price of $0.28 and enjoyed a market cap of more than $168 million making it one of the best performing cryptos at the time. As the year came to a close the token rose in value just like Ripple to reach a high of $0.26. However, the token touched its all-time high price of $0.41 on January 5th, 2018. The market cap at the time rose to reach $247 million while volumes stood at $13.5 million. 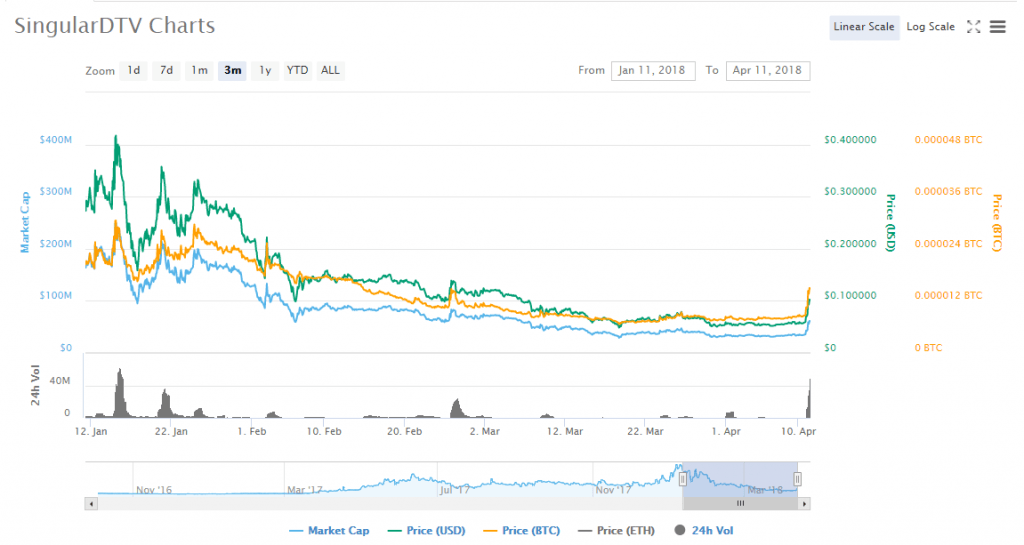 The SingularDTV closed at $0.73 on Tuesday, April 10th. The market cap stood at $35 million while traded SNGLS were valued at $14 million up from $1.02 million the previous day. The volume traded in the morning hours of Wednesday, April 11th, surpassed $46 million and the market cap was in excess of $63 million.

Through the SingularDTV ecosystem, a short movie, music and other content have been released. In some circles, it is said that the company is starting to take up Netflix’s space. Unlike major cryptos that are on a bearish streak, SNGLS has remained quite steady in 2018. It is in a very bullish trend its price having risen by more than 85% on the morning of 11th April. It is definitely a token to watch.