Home - Forex Analysis - How can coronavirus damage the world economy even more?
Forex Analysis
by Natalia Revishvili on February 10th, 2020

How can coronavirus damage the world economy even more? 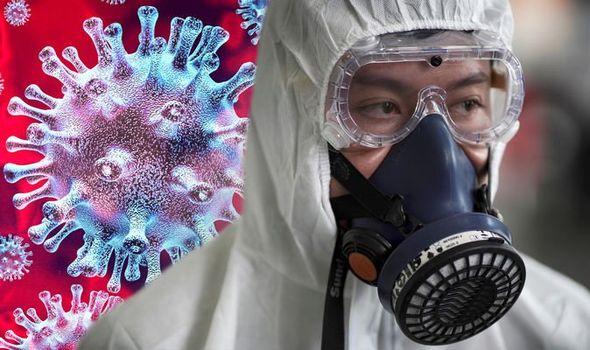 Almost two decades have passed after the outbreak of a dangerous SARS virus in China when many people have died and even more were infected. The virus shocked the whole community and seriously harmed the world economy. The new coronavirus taking over China seems to be even more damaging and serious.

China has become an inherent part of the global business ever since the SARS outbreak in 2003 – it has grown into the world’s largest manufacturer and the biggest market for commodities like oil and copper. What is more, the country has been attracting hundreds of wealthy investors who were spending millions on luxury products, tourism, and cars. Notably, China’s economy accounted for 4% of world GDP in 2003 and made up for 16% of global output.

To go back, the SARS virus sickened 8.098 people and killed 774. The new virus, which stems from Wuhan, has already killed more than 900 people and infected over 40.000 living across 24 different countries in Asia and Europe. Thus, to try and contain the virus, Chinese officials had to lock down Wuhan and several other cities. However, regardless of these measures, the virus keeps spreading.

“The outbreak has the potential to cause severe economic and market dislocation. But the scale of the impact will ultimately be determined by how the virus spreads and evolves, which is almost impossible to predict, as well as how governments respond.” 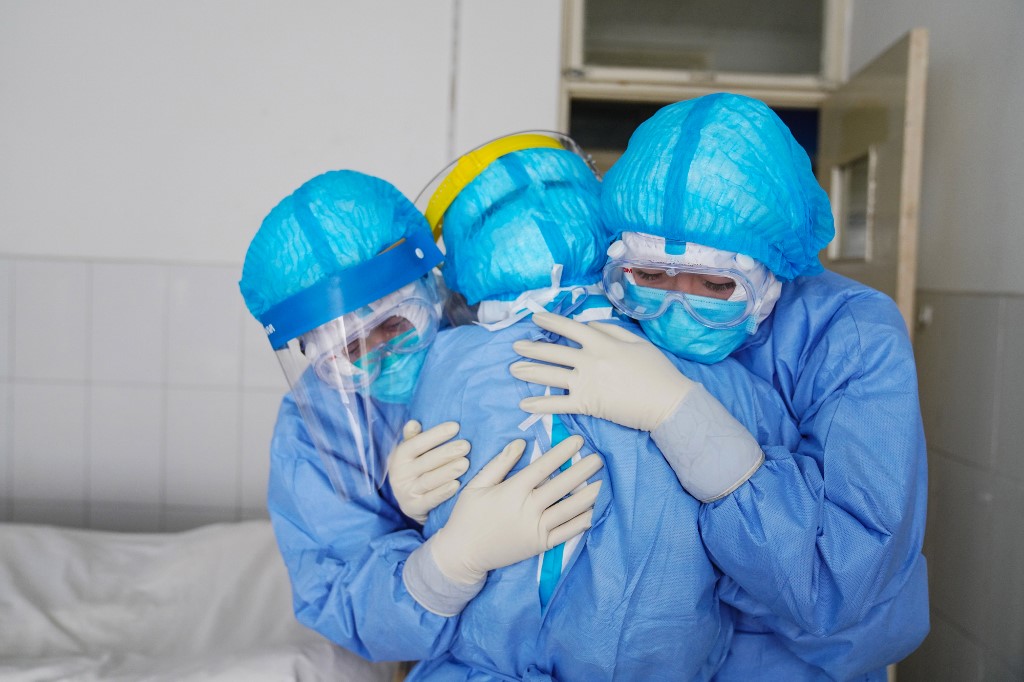 The globalization and changes that have affected the whole world are making it hard for the authorities to stop the virus from spreading even further. Now the economies of different countries are much more interconnected than they’ve ever been before. Together with that, the world debt ratio has bitten its absolute record this year and the major central banks have run out of resources that could have helped to fight back the economic downturns like the one in 2008. Rising nationalism makes it even harder for the global economy to stabilize.

Car making companies like Volkswagen (VLKAF), Toyota (TM), Daimler (DDAIF), General Motors (GM), Renault (RNLSY), Honda (HMC) and Hyundai (HYMTF) had to stop their operations in China, which is the world’s largest car market. It is expected that the virus will force car making companies to decrease production by 15% in the first quarter of 2020. Namely, Toyota stated that it will shut its factories in the Chinese region until February 17, 2020.

Luxury brands have also decided to shut its operations in China for a while – British brand Burberry already closed 24 out of 64 existent stores in China. Its chief executive stated that this virus is causing a “material negative effect on luxury demand.” Moreover, many international airlines rejected to provide flights to and from this region.

The global supply chain is subjected to the harmful effects of the coronavirus even more. For instance, Qualcomm, the world’s biggest maker of smartphone chips, is convinced that the global outbreak of the virus is likely to significantly diminish the demand for smartphones and, as a result, for the supplies needed to produce them. The shortage of demand for auto parts has caused Hyundai closing its plants in South Korea and caused Fiat Chrysler (FCAU) to plan how to avoid the same result at one of its plants in Europe.

Economists around the world agree that the current situation is still manageable and the most important aspect now is to keep the virus from spreading even further. If things will be the same, China will experience a fleeting hit in its economy during the first quarter of this year but is likely to recover afterward. However, if the authorities will fail to contaminate the virus outbreak, the economic damage will increase rapidly.

Mohamed El-Erian, a chief economic adviser to Allianz, said the following about the potential economic effects the virus can have on the world economy:

“They first paralyze the region of the virus outbreak…hen they gradually spread domestically, undermining internal trade, consumption, production and the movement of people. If the virus is still not contained, the process spreads further, including regionally and internationally by disrupting trade, supply chains and travel.”

Economists still struggle to calculate what can be the exact cost of epidemics due to their changing nature and unique characteristics. However, they all agree that generally speaking, diseases can be way more harmful than natural disasters like hurricanes or tsunami. According to one of the World Bank studies, a pandemic could cause economic losses equal to nearly 5% of global GDP, which is equal to approximately $3 trillion.

“A severe pandemic would resemble a global war in its sudden, profound, and widespread impact.”

Yet it is not even about the virus outbreak itself, but rather about the way consumers and other countries respond to it.

For example, people are more likely to stay at home, try to travel less, shop or even visit their offices. That, in turn, decreases the demand for consumer goods and commodities. Therefore, businesses are likely to shut down their factories and shops, which also lowers the level of production.

William Reinsch, a senior adviser at the Center for Strategic and International Studies, mentioned:

“As long as factory closures don’t lead to job losses, by this time next year the level of GDP is unlikely to be very different from what it would have been without the virus,” he added.

What are the possible solutions?

It is worth mentioning that the Chinese government is quick in responding to the virus outbreak and taking measures necessary to contaminate it. 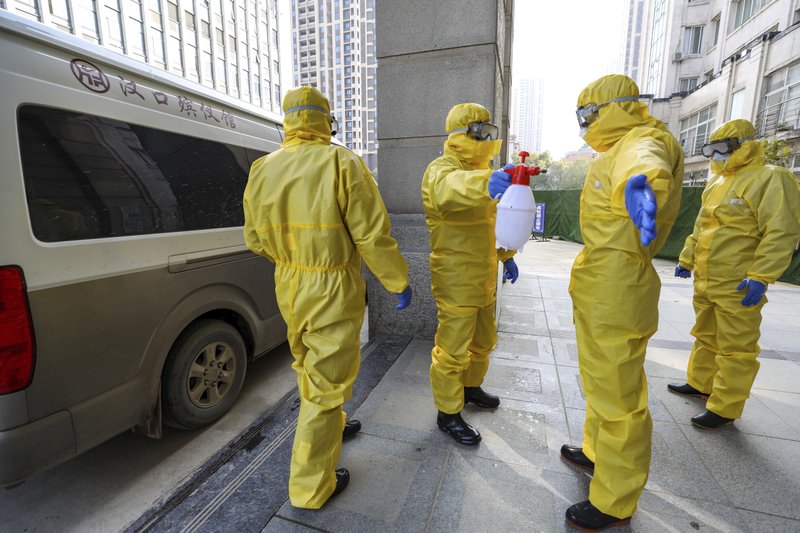 The People’s Bank of China decreased an interest rate and increased governmental spendings, which is supposed to help the economy of the country to face the consequences, as well as to take some pressure off the banks’ shoulders. There are also new tax breaks and subsidies expected to be imposed to help consumers.

However, it should be noted that China is more vulnerable to the virus outbreak then it was 13 years ago.

“It has much higher debt, trade tensions with a major trading partner and its growth has been steadily slowing down for a number of years, which gives a weak starting point to face such a crisis.”

Chinese financial analysts believe that the government should announce some additional measures in the coming days. It is now also clear that if the virus will keep spreading, Hong Kong will have to abandon its plans to get its debt ratio under control and pump money into the economy of the country.

Meanwhile, Central banks in Sri Lanka, Malaysia, Thailand, and the Philippines have also decreased their interest rates over the past few days. South Korea and Taiwan are likely to do the same soon.

But the most concerning thing is that the big powers of the financial world are exhausted after fighting back the economic turmoils of the oast two decades. After the European Central Bank introduced negative interest rates in 2014, it hasn’t been able to increase them. The Bank of Japan is in a similar position.

At the same time, the debt levels in the United States have climbed to the top. The same goes for Japan and key European countries. This limits the scope for a big fiscal stimulus if the world economy goes into another tailspin. The global debt is now five times bigger than the global economy, which has never been that high.

According to the World Bank, preparedness for a potential pandemic is low, meaning that there are not many multinational institutions that might help governments to coordinate their response to the outbreak.

Shearing commented on this:

“It’s quite clear that multinational institutions are under more pressure, and have less teeth on day to day issues than 10 years ago…But the optimist in me would like to think that in the face of a global pandemic, global institutions are still in a position to respond.”