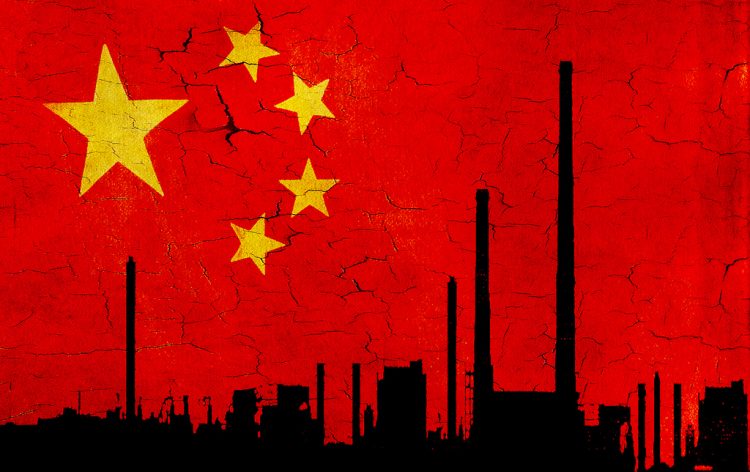 China’s central bank is trying its best to help the economy of the country to recover and gain its strengths back after being involved in the trade war with the United States.

Recently the People’s Bank of China decided to cut back the lending rates by five basis points. Notably, this year’s loan prime rate (LPR) has fallen from 4.20% to 4.15%. LPR was cut for the first time after its introduction a few months earlier when it was already decreased from 4.85% to 4.8%. Even though the rate cuts are relatively small, analysts predict that those will continue as the central bank will keep trying to boost the economy and fight with increasing inflation.

The chief China economist for Nomura, Ting Lu, has mentioned in one of his recent reports:

“It’s now very evident that Beijing has been stepping up efforts to stabilize growth as top leaders are increasingly concerned.”

However, even the rate cuts could not reassure investors who are still worried about whether China and the US will be able to reach an agreement any time soon.

The cut in LPR emerged just right after the central bank announced a reduction in another key lending rate.

The seven-day reverse repurchase rate was also notably decreased by five basis points so that it reached 2.5%. That, however, has happened for the first time over the past four years. The rate for loans given by the banks for long-term financing, or medium-term lending facility (MLF), has also been cut by five basis points to 3.25%.

Meanwhile, the economic condition of the country keeps getting weaker while a bruising trade war keeps going and the demand within the country itself keeps decreasing. The GDP grew by only 6% in the third quarter of 2019, which is the lowest rate over the past three decades.

According to a government report released recently, other indicators and quite disappointing as well. Retail sales grew by 7.2%, which is lower by even the most pessimistic expectations of the 7.9% increase. Industrial output, meanwhile, grew 4.7%, which was also weaker than predicted.

“Downward pressure has continued to increase in the economy. Weakening external demand is weighing on China’s exports.”

Additionally, the PBOC governor, Yi Gang, also proclaimed that the central bank of China should “strengthen its counter-cyclical adjustments” and “step up credit support” for the future “health” of the economy. 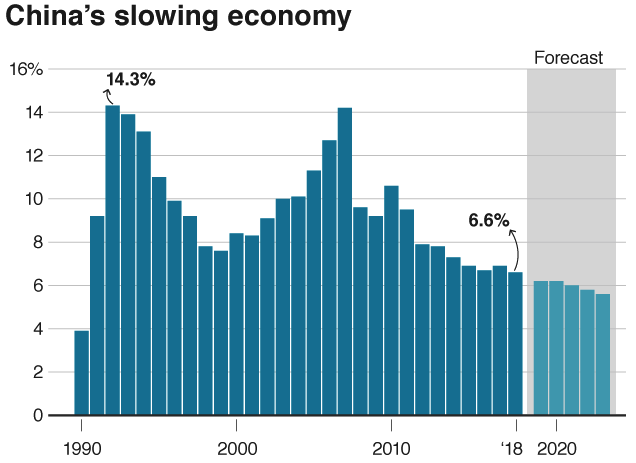 Should we expect further cuts in the interest rates?

The rate cuts clearly show the eagerness of the Chinese government, in the face of the central bank, to support the business sector of the country despite a real estate bubble and ever-increasing debt levels.

The senior Market Analyst for the Asia Pacific at Oanda, Jeffrey Halley, stated:

“It seems clear that China isn’t waiting around for an interim trade deal to be signed and is cranking up the revolutions on the stimulus engine sooner rather than later as its economy slows.”

But the central bank is currently struggling with the decision regarding the future financial strategy, as while they are decreasing the interest rates, the inflation rate is peaking ’cause more people can borrow cheaper and spend more, as a result.

Notably, China’s consumer price index rose 3.8% last month, which marked the fastest rise of the index throughout the past eight years. This spike was largely influenced by pork prices, which sky-rocketed more than 100% after an outbreak of African swine fever. Especially considering the fact that pork is a staple of the Chinese diet, even more during the national holidays.

“As the slowdown worsens, the central bank is facing more objectives and constraints… many of which are conflicting.”

Regardless of that, many believe that the central bank should act more aggressively still.

China economist for Capital Economics, Martin Lynge Rasmussen, said in one of his recent interviews:

“With the prop from recent monetary easing likely to be underwhelming and headwinds to economic growth mounting, we think the PBOC will start to cut rates more aggressively in the coming months.”