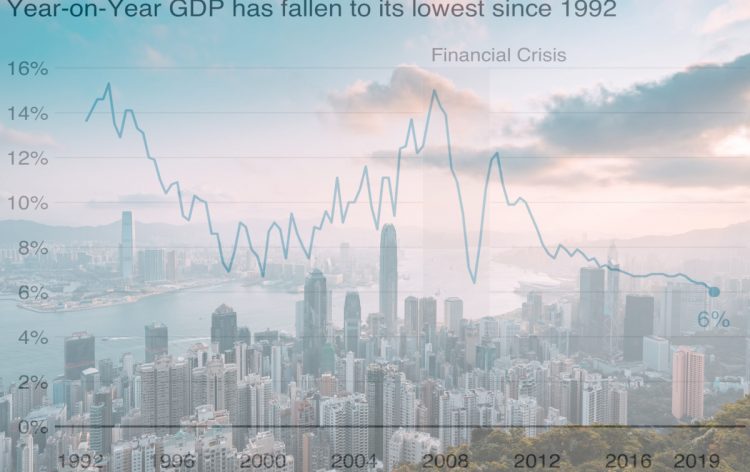 Certain regulations are taking part in China. A new law regarding foreign businesses entering the market of China has been launched and is expected to be implemented already in January of 2020.

Due to several factors playing quite a huge role in the trade market of China, there should be ease in regulation in order to maintain a sustainable flow of investors and businesses operating in China. Not so long ago, in March, the law governing all foreign investments passed. This could be a game-changer for the foreign and domestic companies operating within a country. Despite this, there are still questions remaining from the investors’ side, that are left without proper answers.

The Nature Of Law

The Foreign Investment Law will be finally implemented on the 1st of January 2020. The law bans forced technology transfer and assures foreign investors that their intellectual property rights will be protected. The law also covers subjects of promotion, protection, and management and, of course, the legal responsibilities from the side of the Chinese government and foreign entities.

As mentioned previously, the changes that take place in China are due to several factors, one of them being the ongoing trade talks with the US. As this subject is being discussed for quite a long time now, comments have been made concerning the trade war between the two countries as well. “The trade war has really made a difference in this particular field. The complaint by foreign companies had always been that it’s not a level playing field for foreign companies in China.” The comment was made by Catherine Zheng, an intellectual property partner at Deacon’s law firm in Hong Kong. She also added that the surprise was not a real surprise to them at all.

Everything new is well forgotten old – they say. The reason for changing and renovating the several decade-old laws is to adapt them to modern society and to keep up with the rest of the world markets, in order to maintain China as an attractive destination for investments. Last year, China was named as the second-largest recipient of foreign investments, following the US, taking the primary position on the list.

The economic slowdown is the least desired thing to happen to a country, as it impacts the sustainability of the country. Ensuring a healthy flow of foreign investments will be the determination of the sustainable and stable economic state for the country. Moreover, several law firms have already made their predictions. It is expected for Foreign Investment Law to attract 1.5 trillion of inbound investment to China within the next decade.

“Opening up is China’s fundamental state policy. It has delivered real benefits to Chinese people and the world, so why wouldn’t we go ahead with it? If we make a promise of opening up, we will certainly deliver,” said Chinese Premier Li Keqiang at the closing of the National People’s Congress meeting in March, the South China Morning Post reported.

What Will It Bring

Companies and generally people are always very careful with the news and changes, so the suspicion which comes together with the change is very natural. Foreign investors and business groups, however, have raised concerns as to how the new law will be implemented.

“The main issue is a lot of concerns have been raised about implementing regulations which have not yet been released in draft form,” told Lester Ross, a Beijing-based partner at the law firm WilmerHale. “As a result, it’s unclear how much of a positive impact the law will have on foreign investment.”

Many people just like Ross, are concerned with the legal compliances in China ad the home countries of the companies. The concerns especially involve subjects in data privacy and security. The concern definitely has a background. The Chinese government requires all companies that are operating locally to store data within the country. There already was a vivid example last year with the Appl,e when the company had to transfer its Chinese iCloud operations to a Chinese firm in order to comply with it.

Ross rose some more specific questions, such as: how can companies assure that they can give their own China-based subsidies, if the subsidiary may not be even able to transfer data routinely to the home quarter? The other question was would the costs rise if companies have to maintain separate data centers and data operating facilities in order to store the information with isolating China from their operations in the rest of the world.

China’s Company Law requires all companies registered in China to set up a Communist Party branch and provide necessary conditions for its activities. That might be considered as a violation of personal choice. Though it was also reported that in 2016, 70% of wholly or partly owned foreign companies in China had a Communist Party entity within their companies. Comment made from the government’s side was that the presence of a party branch is beneficial as it helps companies understand Chins’s policies and resolve labor disputes and provides guidance in corporate culture. However, foreign business groups like the European Union Chamber of Commerce in China have highlighted pressures from Chinese to allow party branches to expand their roles in business operations and to be involved in investment decisions.

There are three main factors to be focused on within the following several months, those are continual legal reforms, implementing regulations for the Foreign Investment Law, and the impact of China’s trade war with the US.

This time can be used wisely by companies while figuring out the internal strategy of their following moves and think about the nature of the law itself. Even is they comply and accept the law proposed and required from the Chinese side, will they still be able to comply with their local laws and regulations. The hunter of two rabbits would have caught none – it is said.

When it comes to protecting intellectual property, C.F. Wong, ACMA, CGMA, finance head of a company with manufacturing and sales operations in China, said it’s important to have business control procedures in place, whatever the legal environment.

Controlling access to the intellectual property information can be as simple as making inner research and development. Specific procedures can be implemented in order to control employees’ information access in specific sections. The centralized control system would also do good for a company to document which employees have had access recently or maybe even keep a copy of the information.

You leave? Get checked. Many companies have included the leaving check-ups in their primary contracts. This is for security reasons and to maintain privacy with hundreds of employees moving in and out of the company. There is confidential information, which should be confidential and the company should make sure that it never leaks. So whether the hard or software of the former employee should be checked before the leave or the document on confidentiality must be signed.

Trust, but check. The market is highly competitive, new firms and products continue to appear each and every day. Everything is easily accessible meaning that you have to be the best in your field in order to be demanded all of the time. Research and taking risks into consideration can be your benefit if you keep checking the market and the companies operating there constantly. “You can see what competitors have come up with, and if there’s a carbon copy of your product, you should examine it carefully and take appropriate action to safeguard your intellectual property rights,” said Peter Wong.

Aim For The Better

Peter Wong, who is deputy chairman, as well as chief executive of HSBC’s Asia Pacific operations, also told a financial summit in Shanghai that China needs to improve corporate governance and investor protection to mitigate systemic risks. Mr. Wong mentioned that relaxed foreign ownership rules are very important for HSBC, which, in addition to its banking business, also owns insurance, asset management and brokerage ventures in China. But other regulations also need to be eased.

Despite of new regulations and laws, it is still very hard for foreign banks to get deposits in China, as the requirement are very harsh and inflexible. This issue needs to be solved as soon as possible, otherwise, the effort that has been made for past years by the country will be inefficient. The development of the law and approach can be the key to the sustainable and stable economy of the country, though with all of the regulations implemented and laws launched, the country should still remain as an attractive destination for the foreign companies and investors. Shares are definitely increasing, and the journey is supposed to be full of challenges, but oh well, no one promised it would be easy either!