Should world economies be afraid of climate change? 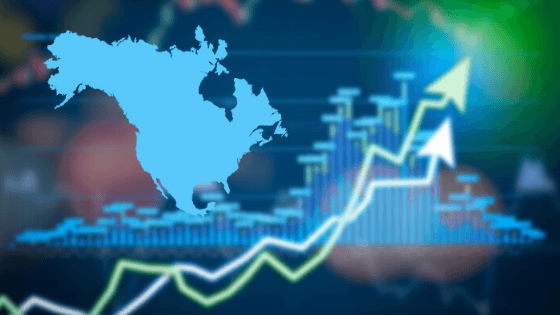 Many experts state that climate change will shake the world’s biggest countries’ economies to that ground. And the consequences will be harsh on everyone. However, seems like North America can be a small exception to it (well, to some extent).

It was reported that according to calculations, climate change will contract the US economy by approximately 1,1% by 2050, meaning that the future of the US economy will not be that bright anymore. How can that possibly happen? Wildfires and droughts, as well as other kinds of natural disasters, can largely affect economical well-being of the country. Still, if you think that the US is in trouble, we can assure you that it is comparably well off.

Meanwhile, Western Europe’s GDP will see a continual drop by 1,7% over the next 30 years. Thus, it is in second place after North America.

Notably, that is because the majority of the European countries are familiar with the problem and already are trying to come up with a solid solution. That, in turn, makes them more resilient towards damaging consequences of climate change and other environmental issues. Of course, we might say that countries with a wealth economy and a big budget are generally able to fight climate change and stop it from ruining the country’s well-being. But here is the thing: being wealthy is not the only factor having a weight here. The number of governmental institutions also plays an important role in this case.

The report issues in the United States claimed:

This might include efficient water storage, enhancement of the public infrastructure, or food defense.

Meanwhile, the global rate of GDP will be about 3% lower by 2050 than it is now. And that is solely the impact of climate change. Therefore, skeptics who keep saying that it is now real will maybe start seeing the consequence of their ignorance towards that issues themselves.

According to the EIU report published recently, Africa will be the most vulnerable to the negative effects of the phenomenon. Their GDP is predicted to contract by 4,7% over the upcoming 30 years.

Latin America and Middle East are also the ones the least resilient to these harmful consequences. Asia-Pacific will lose approximately 2,6% of its GDP thanks to climate change effects.

EIU Country Analysis Director, John Ferguson, said in one of his interviews:

“Countries, both developed and developing, will need to make a greater effort on the domestic front to meet their goals on adaptation and mitigation for the economic impacts to be reduce.”