US economy growth expectations have fallen 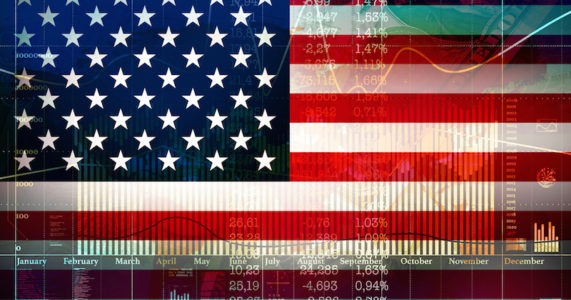 According to IMF (the International Monetary Fund), the US government should not rely on the economic growth predicted earlier this year.

It was already announced that the expected economic growth in the United States in 2020 was decreased by 0.1% due to rising trade and geopolitical issues. That puts the economy of the country in a precarious position, as the growth percentage has never been so low during the global financial crisis.

Considering the fact that the previous economic forecast was made in July 2019, those predictions were, let’s say, a bit more ‘iridescent’ than the nowadays reality.

The main reason for that all is the trading policy of the United States. Even a boost from a recent two-year federal budget deal and Federal Reserve’s rate decrease would not hamper the US economic growth much considering the current situation.

IMF states that we should not await the ‘broad-based’ economic recovery in the US in 2020. However, the forecasts are more promising for distressed emerging markets like Argentina, Turkey, and Iran.

What can be done?

Shortly, stopping the trade war between the United States and China would be the only way to balance out the economic situation of the country. Even though discussions and certain agreements between two countries last week set the path towards recovery, that is definitely not enough. Especially considering the fact that this comprehensive deal still remains elusive.

That is impossible to rely solely on central bank stimulus when hundreds of billions of dollars worth of goods were withdrawn from economic span with tariffs.

‘Monetary policy cannot be the only game in town and should be coupled with fiscal support where fiscal space is available and where policy is not already too expansionary,’ says IMF.

There is a trend nowadays for big central banks to push the interest rated down to make it negative and stimulate the country’s economic growth. For instance, the ECB (European Central Bank) has already established its benchmark rate below zero to minus 0.5%.