Home - Forex Analysis - Cryptocurrency - What is ArcBlock (ABT) crypto and should you invest in it?
Cryptocurrency
by Michael on April 12th, 2018

What is ArcBlock (ABT) crypto and should you invest in it? 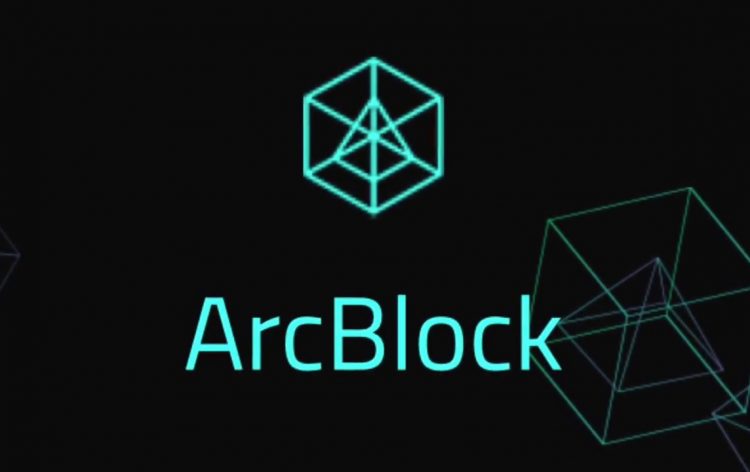 The idea to establish the ArcBlock cryptocurrency was hatched in 2017. The team behind this crypto wanted to create a crypto which can facilitate the construction of decentralized applications. The crypto was launched in 2018. Within the ArcBlock network, there will be a marketplace for libraries and components which will use decentralized applications. The developers of these components will then be rewarded with ArcBlock tokens.

The ArcBlock developers will use the Open Chain Access Protocol. It will ensure that developers enjoy the flexibility to communicate and connect with others and communicate with other blockchains. This crypto whose ticker symbol is ABT will have a functionality box to host dApps on cloud computing services. With the use of the ArcBlock, Blocklets will act as a bridge between the crypto’s blockchain and any enabled API software or blockchain.

How does ArcBlock crypto work?

Blocklet which is more than an application protocol is found at the very core of ArcBlock system. Blocklet is also a software architect which is designed to lay the foundation for building blocks of the ArcBlock system. A series of Blocklets make up ArcBlock. Through the Open Chain Access protocol, Blocklet is able to communicate with the client-side code live in the user’s browser through the use of the Distributed pub.

The team behind this crypto has also built a distributed messaging system which acts as an API gateway for the Blocklets. The gateway uses secure communication channels and a decentralized design. Because the apps can run on mobile phones and web browsers, users are able to access the platform in real-time and with ease.

The main idea behind the launch of ArcBlock cryptocurrency was to ensure that all hurdles preventing blockchain technology from going mainstream are removed. The journey to achieve this goal started on February 10th when the public sale of the token was done. During Q2 of 2018, the firm intends to launch its first decentralized consumer app. The implementation of the Hyperledger Adaptor with Open Chain Access Protocol as well as the launch of the ABT token in exchanges will be done in Q2. The official release of the Open Chain Access Protocol and adaptors for Ethereum and Hyperledger will be done in last quarter of 2018. Lastly, widespread deployment of the crypto will be done in 2019.

The performance of ArcBlock crypto 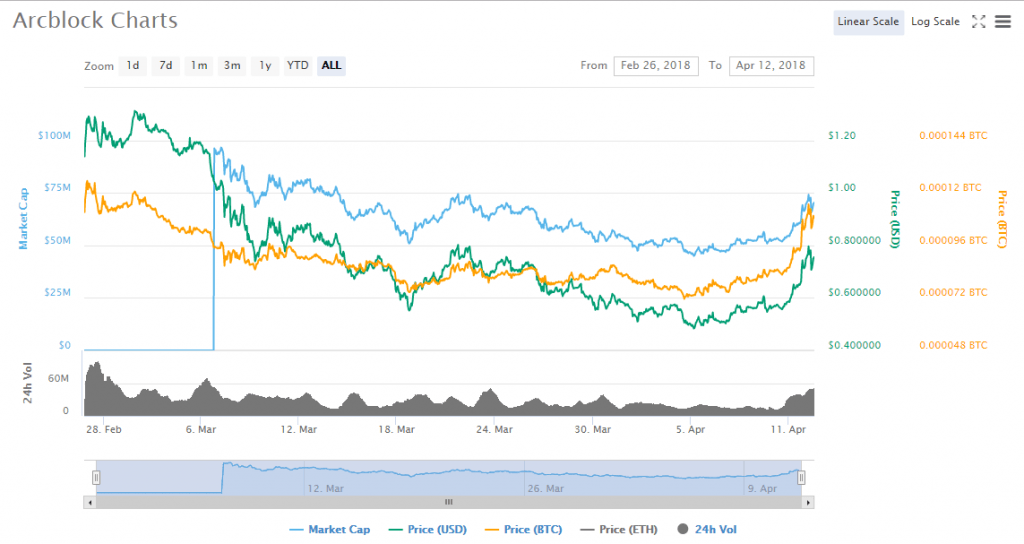 Upon launch earlier this year, the ABT token averaged a low-price of $1.1. Even though the price came down to around $0.6, it has maintained its place and hasn’t gone below $0.5. On April 10th, the 24-hour volume of the crypto shot to $36 million up from $13 million the previous day. The volume on 11th rose to reach $46 million. On Thursday, just like CloakCoin ABT volumes shot up further to reach $50 million. The market cap on 12th (1200 hours CET) stood at $68 million while the price was averaging $0.73. This was a 14% gain on Wednesday’s price.

The whitepaper is quite detailed and any reader should get a better understanding of what ArcBlock is all about. On the other hand, ABT it is a pretty new crypto which has the potential of streamlining all the issues affecting the blockchain technology. If the firm sticks to its roadmap, then there is a chance that in the long-term, this will be one of the big cryptos.