Home - Forex Analysis - Cryptocurrency - What is Enigma (ENG) and its analysis for 2018
Cryptocurrency
by Michael on March 23rd, 2018 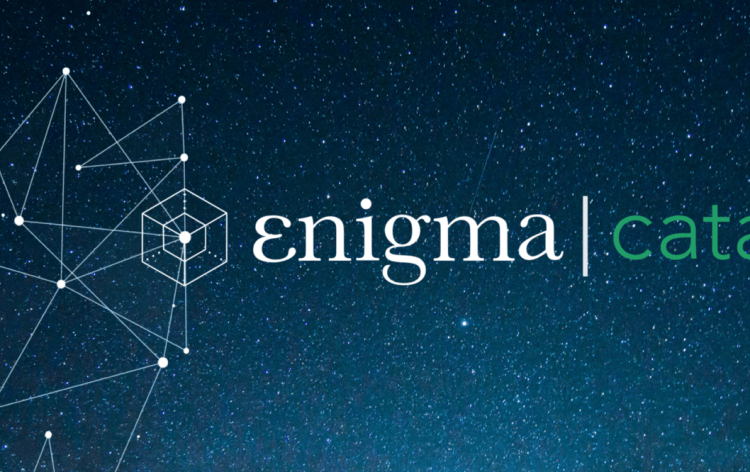 Enigma Project is an American start-up company which was established by a group of MIT graduates. Enigma cryptocurrency whose ticker symbol is ENG is quite a success in the secure data sharing market. The crypto combines blockchain technology with Secure Multi-Party Computation (MPC) to form a platform which is resilient and privacy-preserving. This platform is built using a network of computers that can store private data and process it. However, these computers are not able to see the data that each is operating on.

Enigma crypto is a bit challenging to understand for some people especially when you take the initiative to read the whitepaper. But simply put, the crypto is a decentralized Ethereum-based peer-to-peer network which helps in the computational storage and analysis of data. In the latter half of 2017, Enigma introduced Catalyst.

You probably might have heard of Bloomberg Terminal which is a financial interface and where professionals monitor real-time data of financial market. The interface also allows traders to place trades. The Catalyst program from Enigma is built to replicate the Bloomberg interface but in the cryptocurrency arena. The program is a fully-featured trading interface which has the ability to interact with several global crypto exchanges. It is a platform for cryptocurrency traders, developers, data curators and investors. Using Catalyst, traders will develop ideal quantitative strategies by using community-curated data sets. Investors, on the other hand, will be able to put capital towards the best trading strategies and trades. 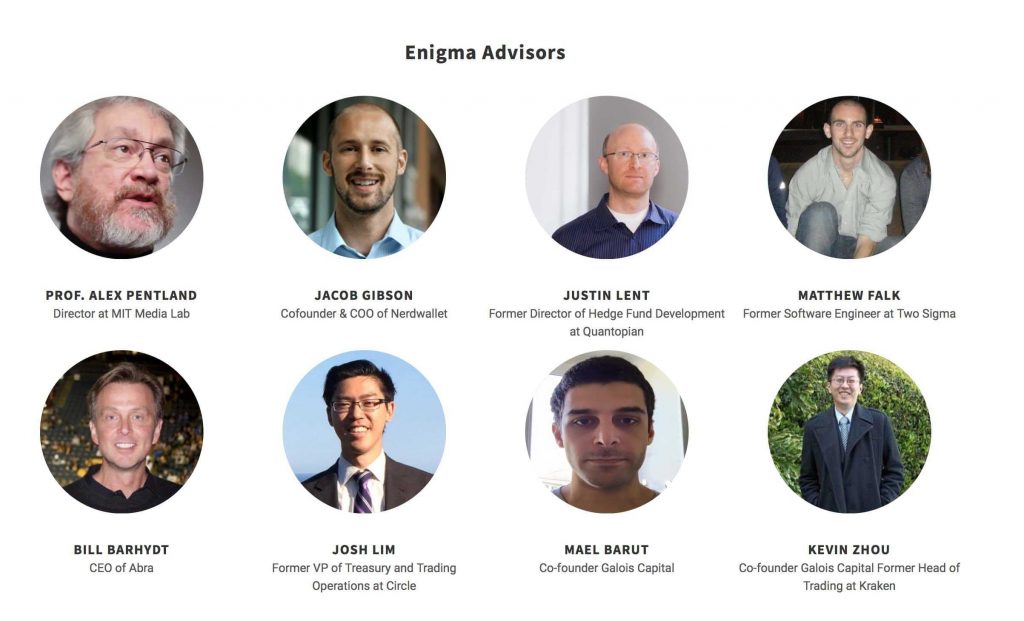 How does Enigma work

Enigma just like major cryptocurrencies is designed to solve a very specific problem in the society. The crypto ensures the privacy of data by using MPC. Even though data is split between nodes, computations are done together and no information leaks between the nodes. Instead of replicating computations by each node in the system, Enigma does a small subset of computations by each node. This helps in cutting down on computational redundancies of storage. Behind the scenes, Enigma is able to run computations on data without even accessing the raw data itself. This ensures privacy is maintained.

The performance of ENG

Just like hundreds of other cryptos, Enigma was launched in 2017. Between mid-August and mid-December, ENG’s price was going for $0.6 and below. When the crypto craze which was driven by Bitcoin finally hit, Enigma rose to reach a high of $8.3 on January 9th. Over the weeks, the price of ENG, as well as a majority of altcoins, has dropped. As at closing time on March 23rd, the crypto was going for $1.85. The market cap at the time was $140 million after having dropped from $591 million which it reached on January 10th. 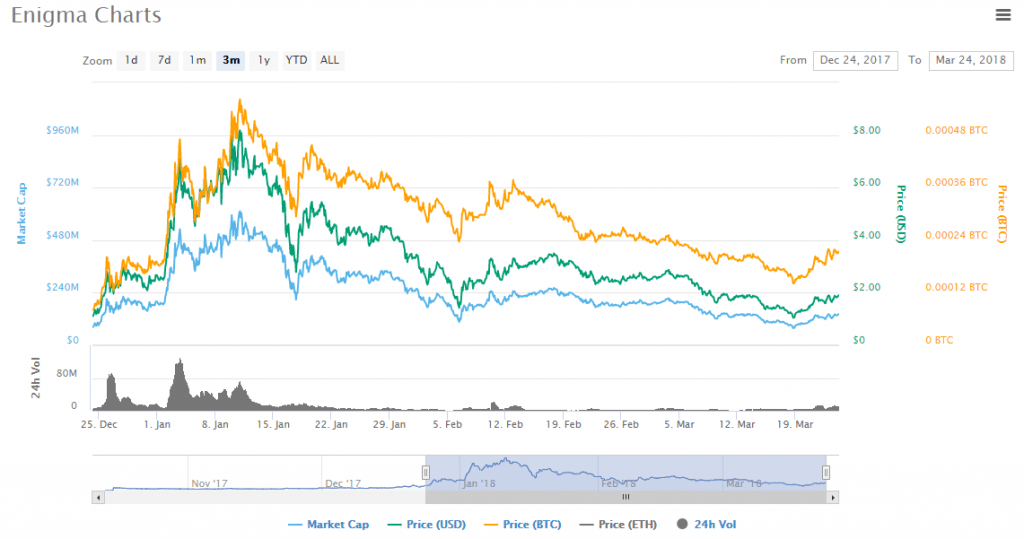 Since March 21st, the volumes moved for this altcoin have been on the rise. As expected, the price of the token has also been good. On Friday evening, the volumes moved were in excess of $12 million which made the crypto one of the best performers in that category. The price of the crypto was edging past the $1.90 mark on the morning of 24th March.

Enigma is one of the cryptos with great potential. The team behind this token is solid and seems to know a lot about blockchain technology. The other good thing about ENG is that there are numerous investors who seem keen to invest in it. However, the project has not reached a maturity stage like Bitcoin or Ethereum where one can confidently invest in it. Moreover, a solid financial plan seems to have been omitted by the founders of the crypto. On the other hand, Catalyst is a very promising program and there is every likelihood that Enigma crypto is hugely undervalued as it is today.