Home - Forex Analysis - Cryptocurrency - What is Icon (ICX) and will it unite all cryptocurrencies?
Cryptocurrency
by Michael on March 22nd, 2018

What is Icon (ICX) and will it unite all cryptocurrencies? 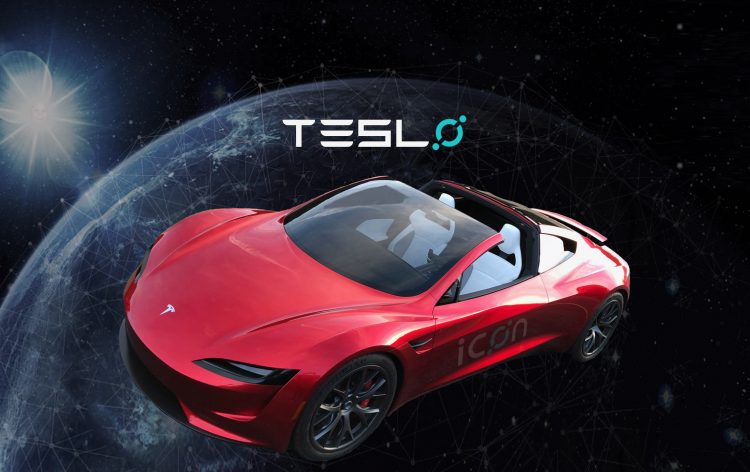 It is clear to many people that cryptocurrencies do offer many advantages over the traditional fiat currencies. However, for many cryptos, these advantages are just theoretical. ICON cryptocurrency whose ticker symbol is ICX was introduced to solve this problem. ICON is a blockchain technology firm located in South Korea.

The crypto is built to act as a platform where Decentralized Apps dApps and Smart Contracts can be built on. The ICON blockchain interlinks cryptos hence making it more unique than Ethereum. The blockchain of this crypto will try and remove the bridge between cryptocurrency, fiat currency and the real-world. It will do this by bringing together decentralized networks of blockchain communities that can easily interact without compromising their autonomy. ICON will allow different blockchains to communicate and even transact information. Ideally, this crypto is designed to unify all the current and future blockchains which are used in different and diverse industries into one interconnected network.

How does ICON work?

This crypto is designed in such a way that when you set up a dApp on the network, you can freely interact with other communities and dApps which are found there. This crypto can, therefore, be referred to as a giant network made of many other networks and which enable users to interact automatically and instantly. ICX token will be used to facilitate these interactions. A simple example is one where an insurance company can send payment to a car dealership on the network. The ICON Republic is the one that oversees such transactions and the fee is paid in ICX.

Unlike Potcoin which will not integrate with Hempcoin, yet both are in the same industry, ICON network can literally interact with all altcoins in the market. If you went to a bank to open an account and the bank happens to be on the ICON network, it becomes very easy for such a bank to help you. The bank will simply look up the necessary information about you amongst the hub of communities in the network. Information becomes easily accessible and yet privacy and safety aren’t compromised.

The wallets of this crypto can all be accessed to a decentralized exchange (DEX). The exchange facilitates currency transfers and exchanges without the need to rely on public exchanges. Cryptocurrencies such as Ethereum and Bitcoin are found on DEX. This makes the ICX more appealing because it can be exchanged with literally any crypto in the market. For faster transaction processing time and removing the risk of creating a fork in the blockchain, the ICON blockchain employs Loop Fault Tolerance (LFT) consensus algorithm.

The performance of ICX 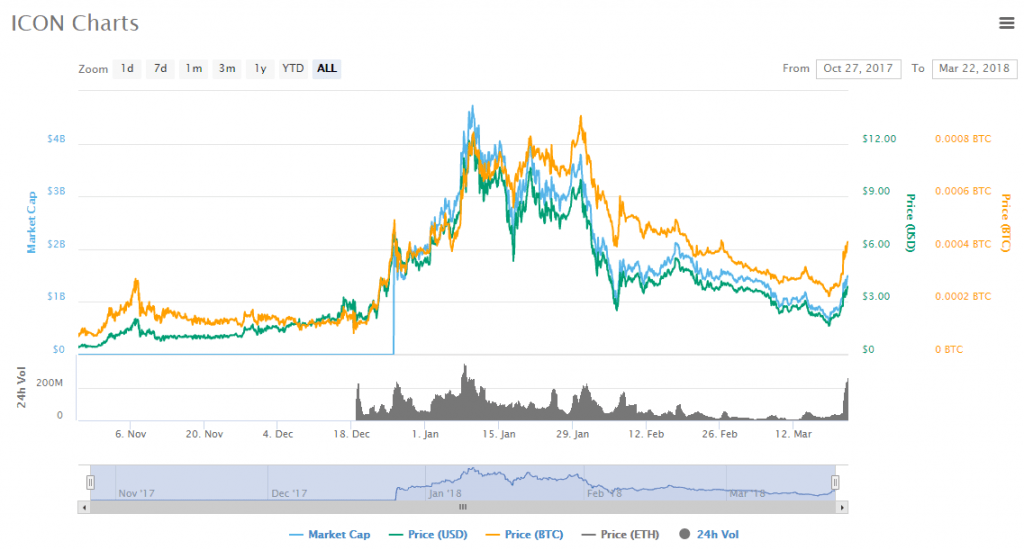 In the days that followed, the price of ICX dropped steadily just like it has been the case for Bitcoin, Litecoin, IOTA and Ripple among other cryptos. ICX closed at $3.47 on March 21st. On 23rd, the coin was trading for $3.66 at around 1100CET. The volume traded at that hour was $203 million which made it one of the biggest gainers of the day. The market cap was at $1.4 billion.

The future of ICON

This is a very ambitious project. However, the fact that individual communities can opt to transact in cryptos other than ICX might hurt the potential of ICX token, especially from an investor’s perspective. But ICX will gain monumentally if the token becomes the standard unit of exchange even for one major industry in the ICO Republic. It has a great potential especially if adopted by key South Korean industries such as Insurance and hospitals.