Is Komodo (KMD) a legitimate investment in 2018? 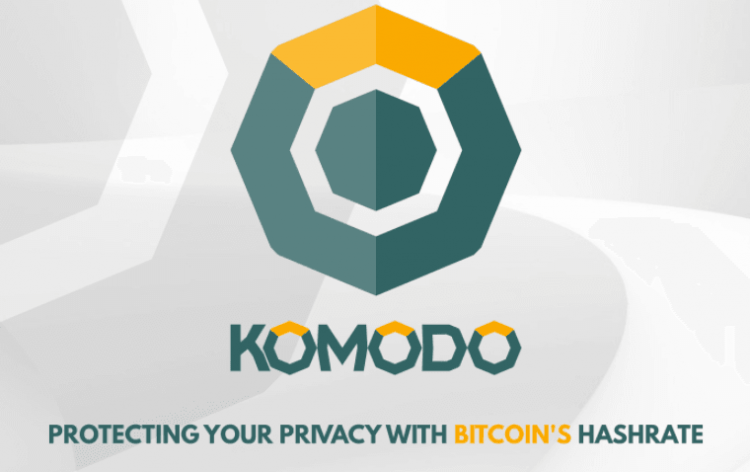 Every other day there is a new cryptocurrency being introduced in the market. Most of the cryptos are just clones of Bitcoin while others are built on a unique and different foundation. Komodo cryptocurrency whose ticker symbol is KMD is a crypto which has enjoyed several ups and experienced some lows over the past months.

Komodo cryptocurrency uses blockchain technology just like many of the new cryptos of 2017. However, this platform offers much better security and decentralized hosting of blockchains. Because privacy is such a valued asset here, the team members of the coin use pseudonyms. The enhanced security is achieved using the Bitcoin’s blockchain ‘delayed proof of work’ technology. With this crypto, you get to enjoy multiple wallets and pegged assets. It is an open-source alternative coin and this means that transactions are transparent, private, anonymous and fungible.

Komodo is a project of SuperNet blockchain. Just like Zcash, this crypto uses the sk-SNARK protocol which improves the way a cryptocurrency works. Komodo became the first crypto to issue a decentralized initial coin offer (dICO). There are 200 million fixed coins of which 100 million were pre-mined and distributed during the ICO. The remaining 100 million coins are mined through the proof-of-work (POW) algorithm.

The performance of the crypto 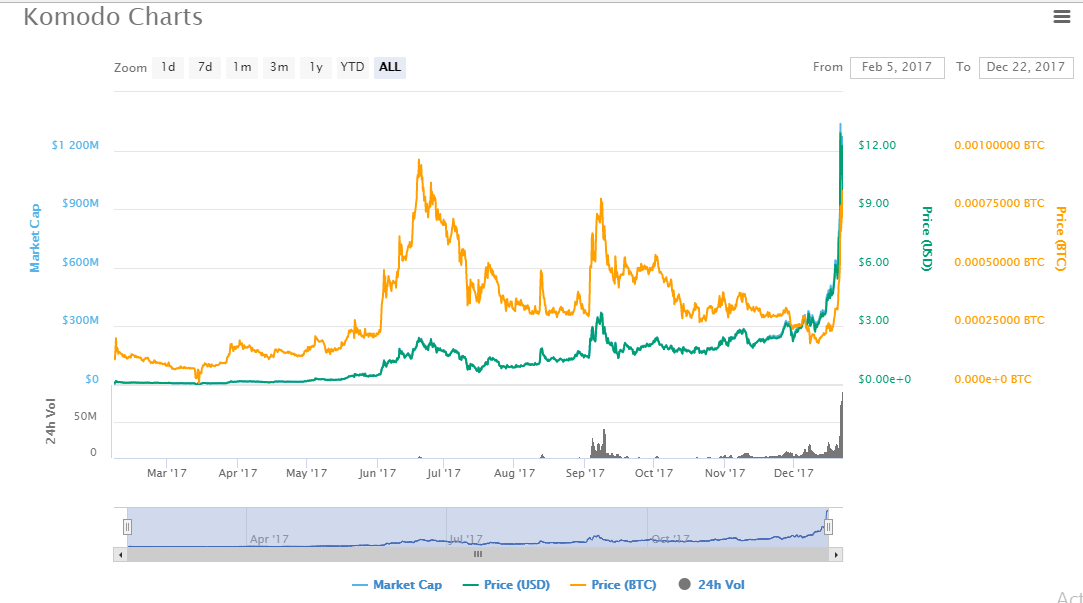 The future of Komodo

This crypto offers security and ease with which investors can trade using it. This can be done using any one of the Kimodo approved wallets such as Ledger NanoS and Agama Wallet. Many of the smaller cryptos are relying a lot on their own communities. This way, the value of a currency isn’t threatened to fall to zero. Unlike Monero and Dogecoin which have strong communities, Komodo seems to have a dormant community, especially on social platforms. There is an announcement on the official website, however, saying that the firm is working to revamp the website and the coin’s online presence.

There are several things that make this coin a much better deal than many other cryptos. It is secure for starters but on top of that, it is a pioneer in the crypto market. Even though it gained immensely from the latest Bitcoin bullish move, it can stand on its feet in 2018 even if there will be strong currents.