Home - Forex Analysis - Cryptocurrency - What is Polymath (POLY) and its predictions for 2018
Cryptocurrency
by Michael on April 10th, 2018

What is Polymath (POLY) and its predictions for 2018 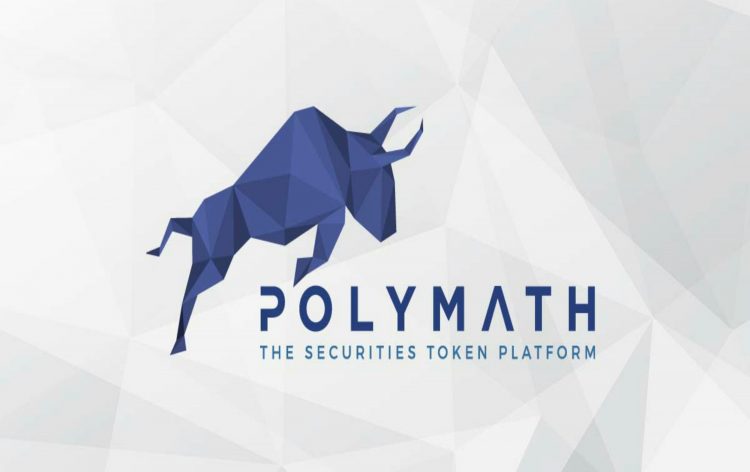 Polymath cryptocurrency is designed to act as an interface between financial securities and blockchain. The crypto simplifies the legal process of creating and selling security tokens. The team behind the Ethereum-based token has created an ST20 standard. The tokens are compatible with the ERC20 standard. The crypto whose ticker symbol is POLY enforces government compliance.

Using Polymath project will allow the blockchain to be opened up to legally-compliant securities offerings. Users of the decentralized protocol get a chance to enjoy seamless trading of security tokens. The project also has a privacy module that requires investors and institutions to authenticate their residency, identity and accreditation status before they can take part in any security token offering (STO). In some way, this it is the crypto which seeks to help regulatory bodies across the world to better understand and manage cryptocurrency regulations.

How does Polymath crypto work?

The Polymath project uses its native token (POLY) to govern all its internal transactions. For anyone who wishes to develop their own STs on the platform, they must use the POLY token. In order to make the use of the token easy for everyone, issuers are required to pay a fee in POLY tokens in order to create and issue security tokens. Investors will then pay a transaction fee hence enabling them to complete the AML/KYC verification. The fee also enables the investors and the issuers to interact with the Polymath ecosystem. Developers who use the platform to create or even review initial offering contracts get to earn revenue for their participation.

Polymath digital currency was launched in 2017, just as it was the case for many altcoins. The crypto has over time attracted the attention of financial market players around the globe. This is especially so because of its aim to merge the securities domain and blockchain technology. The Polymath project is headed by Trevor Koverko who is a Silicon Valley-based crypto entrepreneur.

The project’s whitepaper which is quite detailed is written by Trevor and Chris Housser. According to the whitepaper, the Polymath is going to be a system to facilitate the primary issuance and secondary trading of blockchain security tokens. By creating a standard token protocol which embeds defined requirements into the tokens, the POLY tokens can only be purchased and traded among verified participants.

The performance of the POLY token

Over the months since the launch of the Polymath ICO, the token has been in some way been emulating Bitcoin. The token started trading on February 2nd and it was attracting a high price of $1.28. Even though the price dropped in the following days, the token reached an all-time high price of $1.6 on February 19th. The volumes traded of this token have always been quite high. There was even a time (Feb. 20th) when the figure was more than $380 million. The figure has since dropped to $30 million on April 10th. 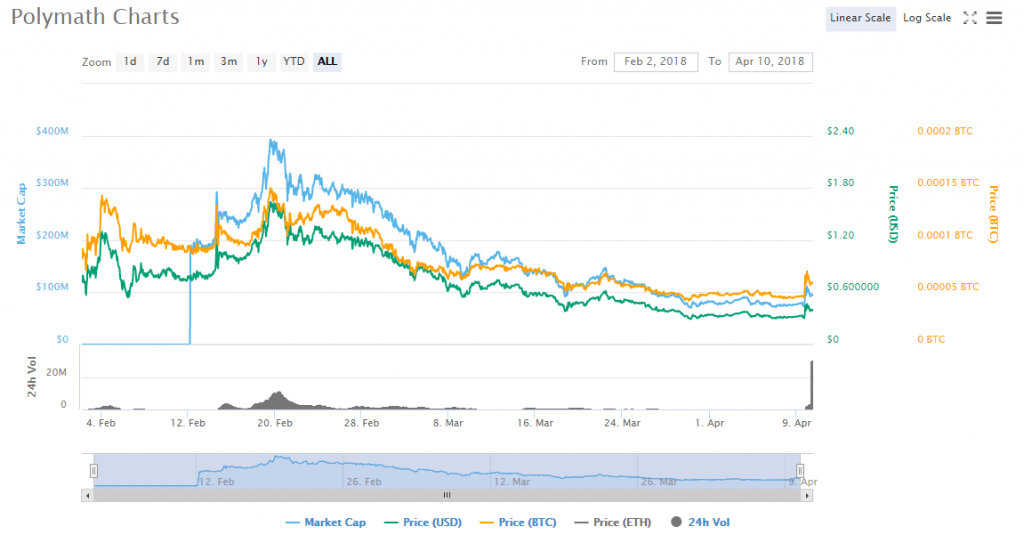 Over the days following mid-February, the token has been dropping in value. As at April 8th, the coin had reached a low price of $0.30. However, On April 9th, news of Bittrex cryptocurrency exchange listing the crypto made the token rally to reach a high of $0.47. The trend continued well into Tuesday when the price was averaging $0.4. The market cap of the token is $96 million while the circulating tokens stands at POLY 239 million.

Towards the end of 2017, Trevor presented at the Blockchain Impact in Berlin and Graeme Moore who is the Marketing and Communications Director spoke at the Free State Blockchain Digital Assets conference in New Hampshire, US. There were many activities done by the team which were designed to popularize the crypto. The crypto is yet to reach the growth stage of Ethereum or Bitcoin. However, it promises to offer the global financial markets a promising crypto avenue which will merge the traditional security assets with the new blockchain-based assets. With the increasing regulations from SEC and other regulatory bodies from around the world, Polymath may be the crypto that eventually bridges the wide divide between authorities and the crypto market.