Home - Forex Analysis - Cryptocurrency - What is ViaCoin (VIA) crypto and its analysis for 2018?
Cryptocurrency
by Michael on April 11th, 2018

What is ViaCoin (VIA) crypto and its analysis for 2018? 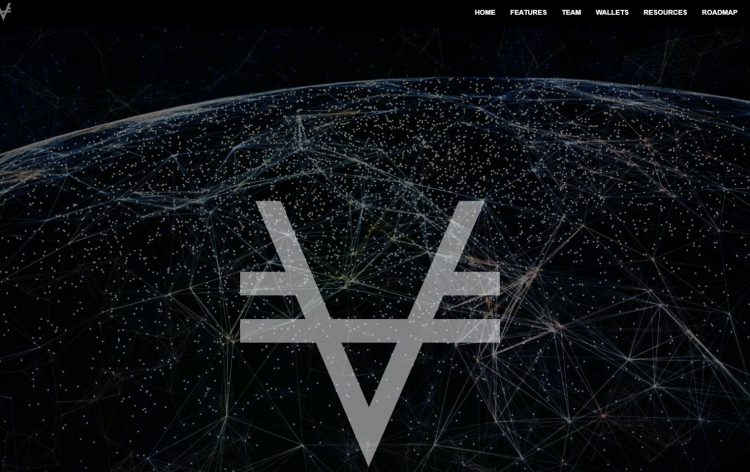 The ViaCoin crypto is able to achieve speeds other cryptos are yet to even come close to. According to the company, the coin is 25 times faster than Bitcoin. It aims to achieve these high speeds by integrating into decentralized asset transactions on the blockchain technology. Viacoin is bit technical and is best understood by the technically experienced users. C++ and Python 3 are used to write the crypto. The team behind the crypto has developed a hierarchical deterministic key generation technology. The users of the currency will hence have it easier when they want to secure and reset their wallets.

Features that make ViaCoin different from the rest

Until early 2017, ViaCoin had not seen a lot of volatility, just as it was the case for Bitcoin. As from mid-2017, the price of the VIA coin edged above $1 having for the longest time stayed below $0.01. The coin closed the year at a high of $4.8. The volumes traded on the final day of the year were more than $4.6 million while the market cap stood at $110 million. 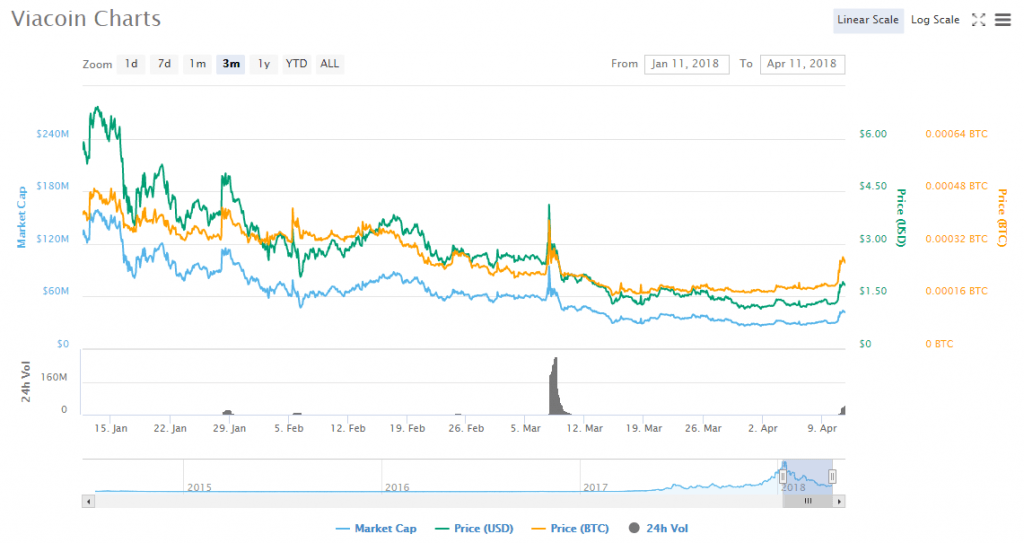 As it is the case with many cryptocurrencies, the introduction of new regulations and also the performance of Bitcoin, ViaCoin surged to reach an all-time high of $7.84 on January 9th. Over the past few months, the crypto has been shedding the value it gained in January. On Tuesday, April 10th, the closing price was $1.55. The market cap at that time was $30 million while 24-hour traded volume stood at $9.9 million. At around 1400 (CET) hours, the volume had surged to surpass $47 million.

Should you invest in ViaCoin?

According to the team behind the crypto, there are several solid achievements attained over the past years. The dev team of the crypto has done a complete overhaul of the official website hence making it sharp and easy to navigate. With a new Vialectrum light wallet, customers are no longer required to download the entire blockchain.

In March this year, there was an incident where the price of BTC for VIA shot by close to 9,900%. During this hacking incident where Binance exchange’s customer accounts were accessed, millions are thought to have been stolen. Even though this was a clear hacking incident, the details of what really happened are yet to come out. One of the developers of ViaCoin came out later to categorically distance his firm from the scam.